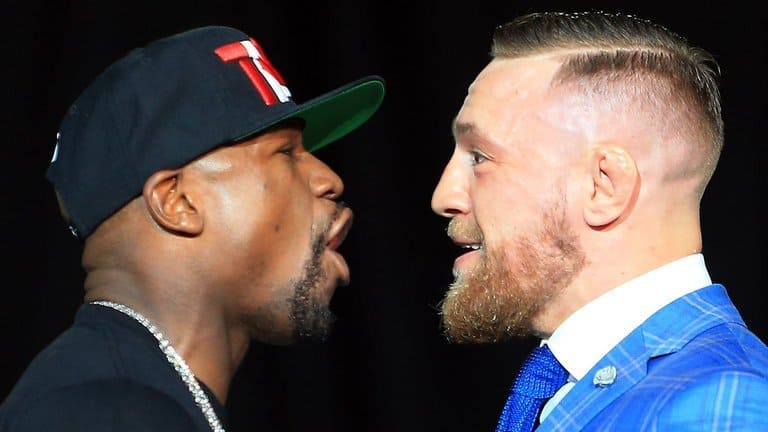 Showtime has released the first clip of the upcoming ‘All Access’ series which follows Conor McGregor and Floyd Mayweather in their preparations for the upcoming mega fight on Aug. 26

With the most intriguing yet seemingly mismatched combat sports events in recent memory between Conor McGregor and Floyd Mayweather a matter of weeks away, Showtime has amped up the hype with the release of the initial trailer for the popular ‘All Access’ series.

‘All Access’ is an Emmy Award-winning Showtime series which follows fighters in their preparations for an upcoming bout. The documentary style production is massively popular in the boxing community, given the fly on the wall approach and behind the scenes footage contained in the hour long episodes.

On the official Showtime website, the company describes the production as an insight into the ‘edgy world of boxing’:

“This documentary series from Emmy® Award-winning SHOWTIME Sports provides viewers with an intimate portrait of some of the most compelling personalities in sports. Far from limited to the fight game, All Access will take you inside the personal lives of the fighters and behind the scenes of the provocative and often edgy world of boxing with unrestricted access, as only SHOWTIME can.”

The first clip of the upcoming premiere episode contains both seen and unseen footage from last week’s epic four-day press tour which took Floyd Mayweather Jr. and Conor McGregor from the U.S.A to Toronto, Canada before ending in London, England. It is clear from the clip below that fans can expect some slick production value, and given the series’ past accomplishments, an exceptionally engaging narrative on both fighters’ characters.

While both men continue to prepare for the money-spinning bout in Las Vegas, Nevada, check out the full trailer released by Showtime for the ‘All Access: Mayweather vs. McGregor’ four-part series: