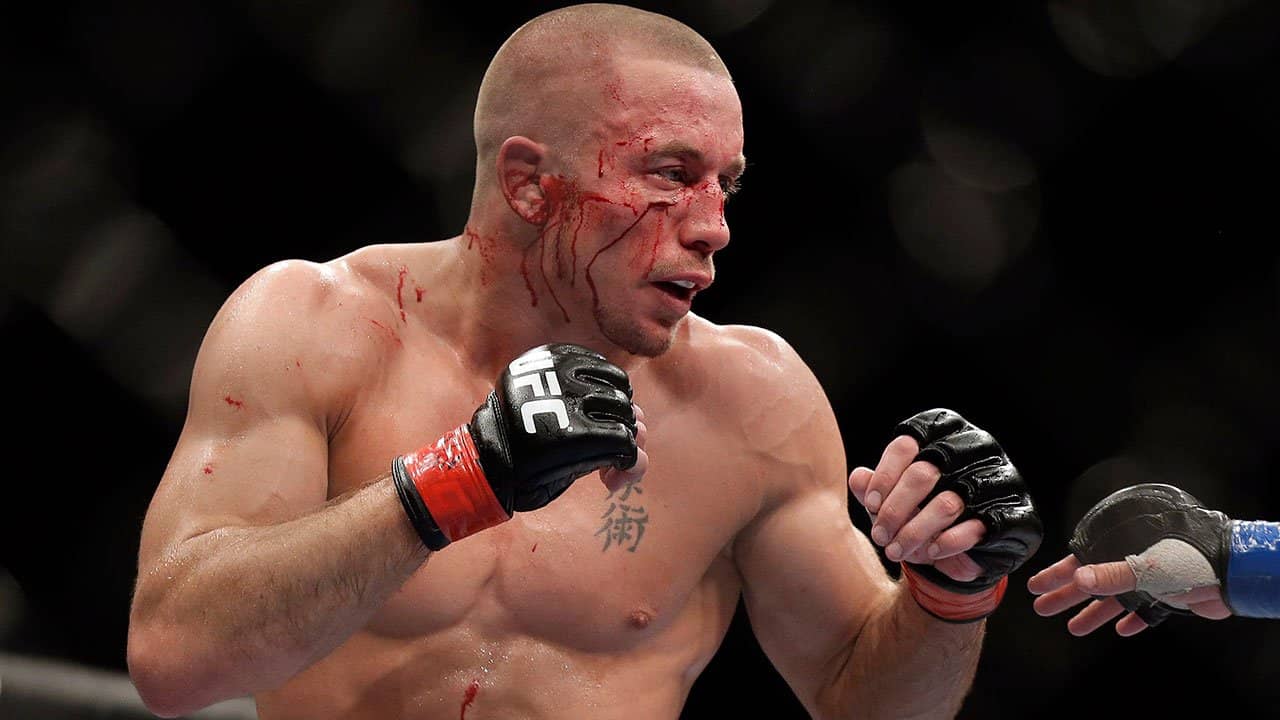 St-Pierre returned to the promotion for an immediate shot at Michael Bisping’s title at UFC 217 in November and left Madison Square Garden as a two-weight world champion.

Sonnen, who will fight for the first time at heavyweight against Quentin “Rampage” Jackson in Bellator’s Heavyweight Grand Prix, believes the Canadian legend showed incredible character in giving up the title (transcription via BloodyElbow):

“There’s only two options, and we’ve seen guys do it the other way,” Sonnen said while speaking on Beyond the Fight recently. “Here’s one option, and this is what most dirtbags in the business do — and for good reason. They have 12 months to defend a title before you’re going to be stripped. You have 12 months of headlines, 12 months of photo opportunities, 12 months of walking around, building that visual of that title over your shoulder, 12 months of talk, collecting sponsorship dollars, and stopping an entire division in its tracks!”

“Or you have the second option, which is what Georges did, and I don’t remember a guy ever doing it this quickly. He comes out, he goes ‘You know what? I thought twice about it. I thought I was a middleweight.’ For whatever reason — ‘I don’t love the size, I don’t love that it slowed me down a little bit’ — whatever it was he felt in there, he goes ‘I’m not going to do it anymore.’

“Instead of holding you up, instead of collecting my sponsorships, getting my media opportunities, and stopping a division for a calendar year? I’m going to turn it over right now and let the boys go on with it. That was a cool thing to do!”

For Sonnen, those who questioned St-Pierre’s return to the UFC are not looking at the bigger picture:

“So many people have come out and said how wrong this was, and he never should’ve come in the first place. I’m not really sure where that comes in. First off, it was a monumental fight, did monumental business. It was very meaningful. It was an extremely big achievement,” Sonnen said.

“I don’t think he came in an intended to fool anybody, as much as ‘look, it’s a little bit of an experiment for me too. I want to try this. I believe in myself. But at my age, and at this point in my career, I am only committed to achieving this one time. I then hope to go back and do it again.’

“As soon he had that hope gone, or said ‘look, I want to be in a different weight class, or retire’ or whatever Georges wants to do, instead of jamming everything up for an extended period of time, like everybody else would’ve done — collected that money, kept that belt around him, gone on Sports Center, cut the interviews and lived the life — he gave it back.

“That was the right thing to do, and that’s the way that story should be told.”

In the latest UFC rankings, Georges St-Pierre slipped three places to #3 in the middleweight rankings. Robert Whittaker now leads the 185-pound division having been promoted to champion following GSP’s relinquishing of the title.

Check out the rankings below, courtesy of UFC.com:

“Rankings were generated by a voting panel made up of media members. The media members were asked to vote for who they feel are the top fighters in the UFC by weight-class and pound-for-pound. A fighter is only eligible to be voted on if they are in active status in the UFC. A fighter can appear in more than one weight division at a time. The champion and interim champion are considered to be in the top positions of their respective divisions and therefore are not eligible for voting by weight-class. However, the champions can be voted on for the pound-for-pound rankings.”