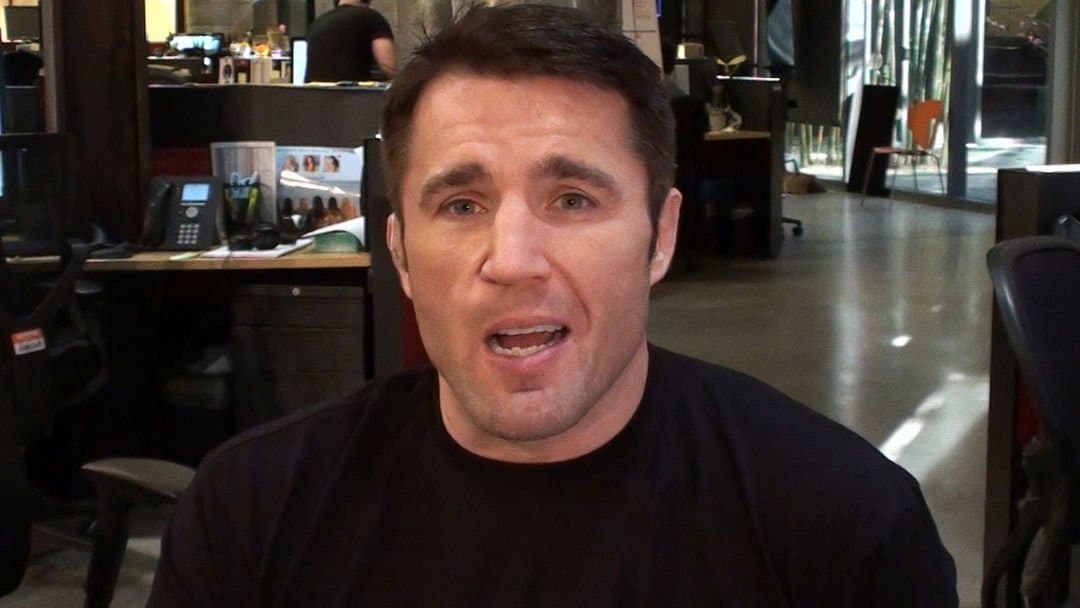 Many were surprised to learn of Sonnen’s inclusion in the tournament, given the fact that he has never competed above light heavyweight.

Jackson, who was known in his prime for his ferocious knockout power, will have a sizeable advantage over the “American Gangster”. Sonnen is under no illusions and states that he has a battle plan he believes will give him the best chance of progressing into the semi-finals:

“That’s the biggest thing [Jackson’s power], if you were to say what worries me most,” Sonnen told MMAFighting. “I have never been knocked out in my career. I had never even been knocked down. In my last fight, I got knocked down by Wanderlei. It was a very scary feeling, because I had no control.”

Jackson stated that he did not want to meet Sonnen in the tournament, as prefers a stand up-centric fight. Sonnen, who is regarded for his wrestling prowess, isn’t exactly buying his opponent’s claims:

“You never know when those veterans say stuff like that,” Sonnen said. “They could be hustling. ‘Aw, you’re really good at those takedowns.’ You never know. He said he doesn’t want to fight wrestlers, well he beat Matt Lindland, who’s one of my coaches. He beat Dan Henderson, that’s one of the guys I looked up to.

Sonnen is more than aware of how crucial a focused mind will be once he enters the cage against Jackson:

“His power worries me,” Sonnen said. “Boom, that uppercut. Boom, that hook. He’s a mean guy. Even when he looks like he’s not in shape, I’ve never seen the guy quit. If I could just find some video of him on Twitter somewhere [quitting], I’d feel better about it. He doesn’t quit and he’s gonna punch hard. I don’t know if he’ll prepare as properly as I will, but he competes really well. He’s gonna show up and if I’m gonna beat him I have to stay on top of him for 15 minutes. Because sooner or later, he’s gonna land one of those shots.”

In other news, UFC strawweight champion Rose Namajunas has claimed that she is yet to decide on who her opponent will be for the first title defense of her reign. Having shocked the world with her knockout victory over Joanna Jedrzecjzyk at UFC 217, Namajunas has not yet decided who she will choose to face yet:

“For me, who is the scariest person that I could fight, I think that would be cool,” Namajunas told Ariel Helwani on a recent edition of The MMA Hour. “To me, what sticks out as of right now is Jessica Andrade, but at the same time a rematch with Joanna would be great too. I don’t know. The three options right now would be Joanna, or the winner of Jessica Andrade vs. Tecia (Torres).

“We’re still trying to get together with a specific plan,” Namajunas added. “We don’t have any fight lined up or anything like that. But I think that now holidays are over with, all the craziness is done with, I’ll be getting back in the gym and start training and stuff like that, and hopefully, we’ll have some more solid news coming up soon. Right now there’s still a lot of things that I need to take care of business-wise and everything like that.”

Namajunas appears to be taking nothing for granted in her position as champion, and has paid respect to the former champion:

“I think it’s cool,” Namajunas said of receiving The MMA Hour Upset of the Year award. “Joanna, she was like the most dominant female, she was on her way to becoming bigger than Ronda in terms of her accomplishments. So to me, it’s just a testament to how great she was and the fact that I beat her, that’s just awesome. I don’t think that people were necessarily sleeping on me, I just think that she was definitely very impressive.”