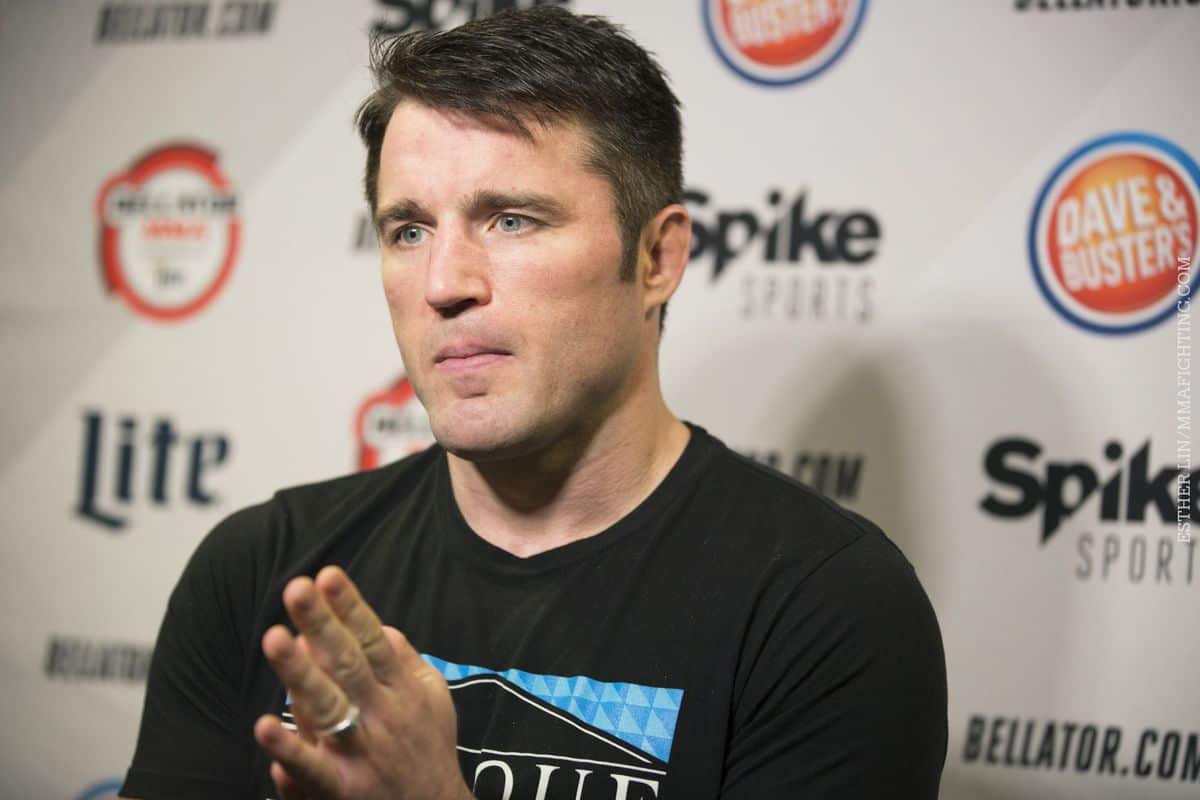 Sonnen is currently 1-1 in his first two bouts under the Bellator banner, having lost to Tito Ortiz at the turn of the year before beating another UFC legend, Wanderlei Silva, back in June.

Quite surprisingly, the 40-year-old holds lofty ambitions to meet two of the promotion’s biggest names in the faded Fedor Emelianenko and another UFC to Bellator convert, welterweight star Rory MacDonald:

“I think it’s hard to imagine that that doesn’t happen,” Sonnen said of a potential fight with Fedor Emelianenko on the most recent episode of BJ Penn Radio. “We’re only about 20 pounds apart. I get up to about 216 pounds – maybe that’s a little heavy – but right in there, [around] 216. [Fedor has] weighed in pretty consistently at 236 for the last number of years. So, you’re only talking about 20 pounds. I know some people say ‘don’t do that fight, he’s too big,’ but we’re only talking about 20 pounds. When I started this thing, we didn’t have weigh-ins. I’ve never cared what a guy weighed. I will acknowledge that there’s an advantage at a certain point to a certain size, but 20 pounds man, that’s not very much.”

MacDonald has suggested that he may favor a move up to middleweight, a reason why Sonnen feels a fight between both men could happen:

“I’m quite sure I’ll have to whip Rory’s ass sooner or later here,” Sonnen said. “In fact, when I got into Bellator, that was the very first question I asked Scott Coker. Before he even knew that I was looking to come over, that I had the ability to sign with him, I just sent him a text and said ‘me versus Rory, does that interest you?’ And he said ‘it sure does, why are you asking?’ So, yeah Rory was one of the first guys on my radar.”

“I think Rory and I are very likely to be matched up. That’s one thing I like about Bellator. I like guys shifting around [between weight classes]. You’re starting to see the UFC do that too.”

Sonnen also gave his two cents on the current saga surrounding the next opponent of Conor McGregor. According to the “American Gangster” Tony Ferguson should get the nod:

“I love the Nate Diaz fight, and history says you always go to a trilogy,” Sonnen said on the latest episode of BJ Penn Radio. “History does say that. The problem they’re running into right now with that sunuvabitch McGregor capturing the championship is that you also need to move a division forward, and that’s very important. That’s very important that you pay attention to the integrity of that as well. Tony has earned the right.”

“I don’t know that Tony versus McGregor doesn’t sell,” Sonnen continued, touching on doubts about Ferguson’s drawing power. “I think that Tony-McGregor maybe doesn’t sell as well as Diaz, maybe it does, but let’s just say that it doesn’t. You’re not separated by much there. They’re both going to do over a million [pay-per-view buys]. MMA does have a ceiling on it. Nobody’s going to do over 1.3 or 1.4. Those numbers just aren’t there yet. And McGregor is going to draw a million, million and one, you throw Tony in there, champion versus champion, I think there’s stuff to see there. But I do love the trilogy fight. I do love that Conor respects history. I watched Conor talk about that and say we’re one a piece, we’ve got to do part three, but I also owe it to do the division to take on the rightful guy and that’s Tony Ferguson. I think that Conor deserves a lot of credit for that. I think he’s done a lot of things his own way, but he still does pay respect to the history and lineage of our sport, and the history says when you’ve got one a piece, you go to the third match.”

“I’m quite sure that’s the matchup that will happen.”