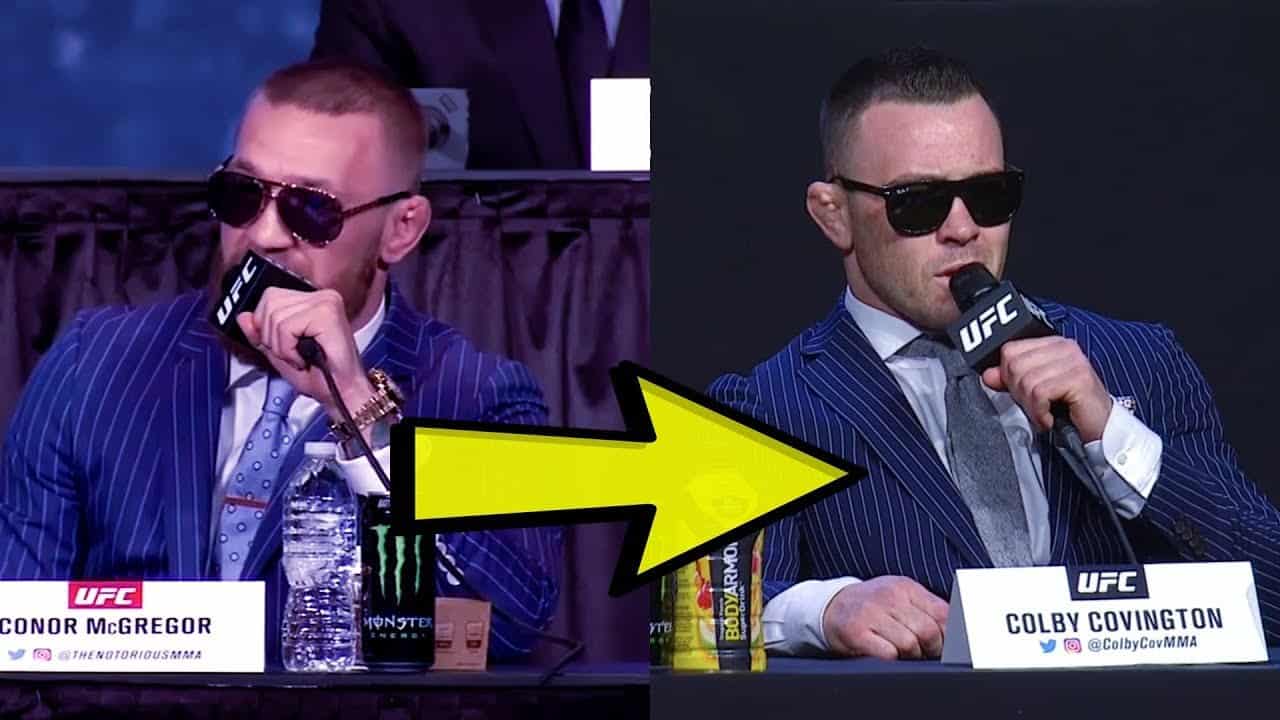 Colby Covington is among the most polarizing figures in MMA today. The UFC welterweight – who will fight Rafael dos Anjos for the interim title – has managed to rub a number of fighters up the wrong way. Hell, he has even found a way to turn the entire country of Brazil against him, but it has helped him accelerate through the 170-pound ranks

Covington has been accused of adopting the same outspoken and braggadocious mannerisms of Irish superstar Conor McGregor. From flash suits and wearing sunglasses inside, to targeting fighters on Twitter with scathing verbal assaults, Covington would find it hard to disassociate himself with the template “The Notorious” used to make himself a household name.

It is understandable why a fighter who is looking to gain massive exposure would model themselves on McGregor, but what is not so typical, is that the fighter would completely imitate that person. Covington, true to his style, has managed to dumbfound everyone with his latest effort to rip-off “The Notorious”…

He is trying to speak with the Dublin-accent which is the 29-year-old former lightweight champion’s trademark. Yesterday, various reports circulated inside the offices of MMAFullContact.com regarding a man attempting to pass himself off as Irish, roaming the streets screaming “You’ll do nothin” and “Dana, 60 G’s, baby!”

Covington – an Oregon native – has surely taken things a little too far, given the reaction of many Irish fans who are incredulous with his awful effort to imitate his hero:

Saorise Keenan, who works as an IT developer in Dublin, said that Covington was making a “tit” out of himself:

“What a f**king gobshite this idiot is. The thing about McGregor is that he has discernible wit. He is funny, too, which is also important if you’re gonna go around acting like a complete dick. Covington doesn’t really have the handle on this, which is annoying”.

We tried to reach Covington for comment, but he was too busy trolling Jose Aldo and declaring himself as the king of the featherweight division.

Check the video above for more fighters imitating McGregor.