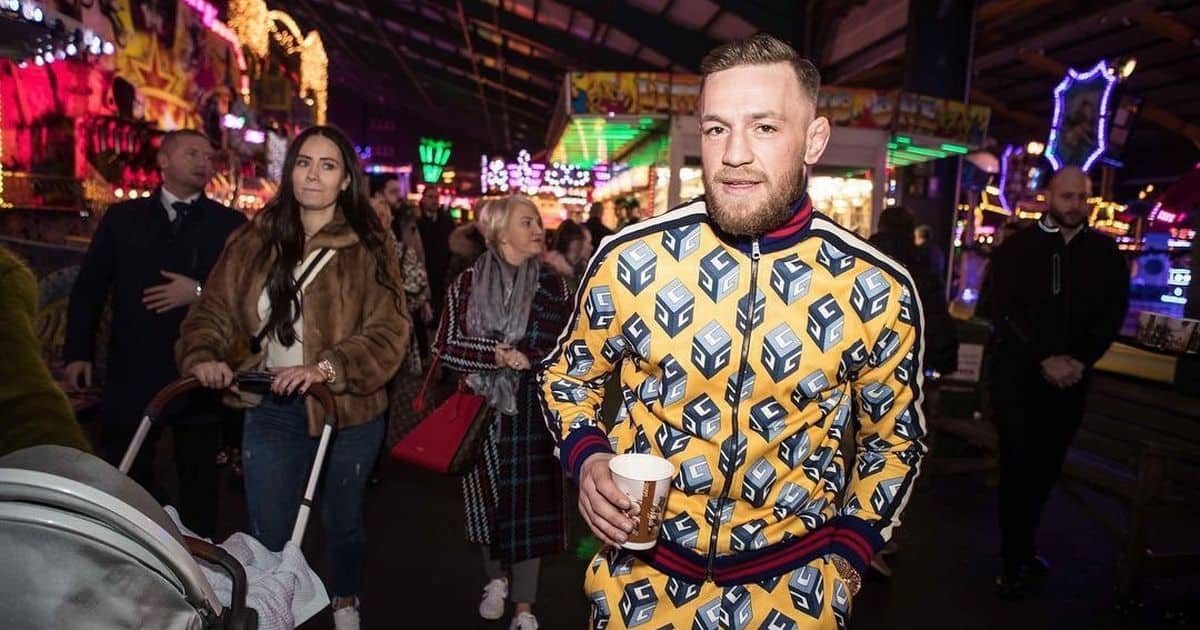 UFC lightweight champion Conor McGregor faces uncertainty over his future in the promotion following Dana White’s recent comments regarding his return. The Irishman has not appeared inside the Octagon since securing the UFC lightweight title in November 2016 and is showing no signs of rushing back to MMA.

UFC president Dana White has confirmed that the lightweight title is up for grabs in the recently announced bout between top 2 contenders, interim-champ Tony Ferguson and Khabib Nurmagomedov. White has confirmed Ferguson vs. Nurmagomedov will headline UFC 223 at Barclays Centre in Brooklyn on April 7, indicating that McGregor will have another UFC title stripped unless he defends it very soon.

“I love Conor, respect Conor, love everything he’s done for the company, everybody knows that I say it all the time [but] the belt would have to move on.”

McGregor has been criticized for his disinterest in defending his title for some time. Having knocked out Jose Aldo in just 13 seconds at UFC 194 in 2015, “The Notorious” would then go on to book a bout with the UFC lightweight champion of that time, Rafael dos Anjos. When the Brazilian sustained an injury a matter of weeks before the fight was due to go ahead, lightweight fan-favorite Nate Diaz stepped in on short notice.

Diaz “shook up the world,” submitting a fatigued and beaten up McGregor by way of second-round rear-naked choke to hand the Dubliner his first loss of his UFC career. McGregor then skipped another title defense in order to pursue a rematch against Diaz at UFC 202, winning the fight by a razor-thin majority decision.

Having fought both fights at welterweight, McGregor was expected to drop back down to featherweight to defend his title but opted instead for a shot at history against then-champion at 155-pounds, Eddie Alvarez. McGregor knocked Alvarez out at UFC 205 in front of a packed Madison Square Garden to become the first and only fighter to hold two belts in separate weight classes at the same time.

McGregor was stripped of his featherweight title in early 2017, due to inactivity in the division and over a year without a title defense. Not long after, the global superstar confirmed that he would be stepping away from the sport in order to prepare for the arrival of his first child in May 2017.

It was announced shortly after that the Irishman would be making a move into boxing, taking on living legend Floyd Mayweather Jr. in a money-spinning, glorified exhibition bout in Las Vegas in August. McGregor surprised many by lasting until the 10th round before being stopped by Mayweather. While his professional boxing debut may not have been successful in terms of the result of the fight, McGregor made over $100 million from the bout.

Since then, things have not been straightforward for the 29-year-old. Towards the end of 2017, McGregor was involved in a number of questionable incidents, which culminated in the Crumlin-native allegedly assaulting a close associate of a Dublin-based crime syndicate. Having previously jumped into the cage following his friend Charlie Ward’s victory at Bellator 187, McGregor was showing worrying signs of losing focus and getting caught up in his own hype. That night t Dublin’s 3 Arena, the UFC lightweight champion charged towards referee Marc Goddard prior to allegedly slapping a Bellator official in the face.

McGregor appeared in court in Dec. 2017 in Dublin to answer speeding charges, amidst the controversy linking him to the reported assault on an older man with links to an associated allegedly involved in organized crime. From then on, McGregor has kept something of a low profile, although nothing more than probable dates and predictions of his return to MMA from coaches and team members has been heard. “The Notorious” reportedly turned a fight against UFC lightweight interim-title holder Tony Ferguson down on Dec. 30th, 2017 at UFC 219.

Should McGregor be stripped of the title he has held for the best part of 15 months without a single defense, he will not be regarded among the great champions in the promotion’s history.

Having held 5 titles (Cage Warriors’ 145 & 155-pound titles, UFC interim-featherweight, featherweight, and lightweight) in almost six years, McGregor has amazingly defended none. With a track record such as that, why should fans believe he would have any intention of starting now?