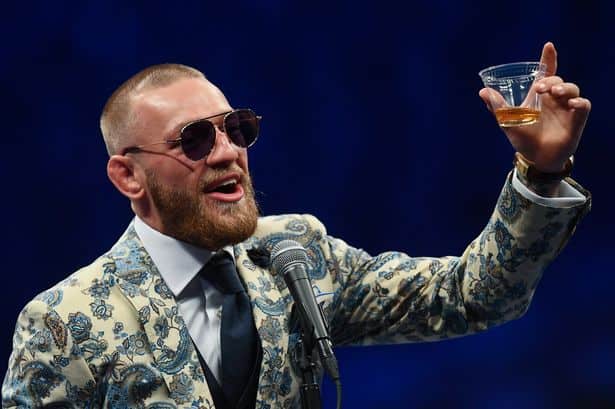 Tony Ferguson is the ‘logical’ choice for welcoming Conor McGregor back into the UFC, according to McGregor’s striking coach Owen Roddy

The debate rages on: Nate Diaz or Tony Ferguson?

The history between Conor McGregor and Nate Diaz does need to be settled in the eyes of many fans of both men but Tony Ferguson has surely done enough to earn his shot. With McGregor’s teammates, coaches and those close to him indicating that “El Cucuy” may be the right choice, after all, it appears that we may anticipate an announcement very shortly. During the broadcast of UFC 217, perhaps?

While speaking with MMA Podcast Talking Brawls recently, Owen Roddy made a U-turn from previous comments declaring Nate Diaz as his pick for McGregor’s next opponent inside the cage:

“It’s exciting,” said Roddy. “When the word goes out like that and people start talking about it, it’s usually not far off of the deal being done. It could be a good one. Ferguson is the interim champion and rightfully so. He had a good performance against Lee and he’s had a lot of good performances.

“I’d like to see it. People, including myself, we’re talking about the Diaz fight, but who knows that may come again. But if it’s Ferguson, that’s going to be a cracker as well. I still see the same outcome. I still see Conor — if they’re standing for any sort of extended period on the feet, it’ll be a quick one and that’s it.

“He’s just not as tidy as Conor. You play the percentages, and Conor’s the cleaner, more refined striker. Ferguson is tough, he’s unorthodox, but in my opinion Conor’s just the superior striker, most definitely.”

Roddy has previously suggested that he was leaning towards the Stockton native as his preferred choice:

“I honestly think that people would rather … like, I think people would rather see Conor vs. Diaz,” Roddy said. “I just think it’s a more exciting fight for everybody, it’s the trilogy. The first two fights, the back and forth between the guys and the way the fights went. You know, who wouldn’t want to see the third fight? But of course, it makes sense that he fights (Ferguson), he defends the belt.”

“Whatever happens, I don’t know, but I said this already: I would like to see the trilogy. The Ferguson fight is an interesting one as well. Like, he’s an exciting fighter so it will be an exciting fight. So either or, either or.”

UFC President Dana White is adamant that Ferguson should be next and Roddy can see the logic in awarding the 33-year-old his shot at the title:

“That’s what Dana White is saying and because Ferguson is picking at Conor and stuff like that, it’s starting to look like the more logical fight, but who knows?

“It’s an exciting fight, isn’t it? He definitely brings problems and people are asking for it, that’s the most important thing. . . Obviously, money talks at the end of the day and whatever makes the most money is what both people would go for. But because people are asking for it and posting about it, that’s starting to gain the momentum that’s needed to get that big fight. It’s starting to build. It’ll be a good fight. It’ll definitely be a good fight.”

White has suggested that the Irishman may yet make an appearance in the UFC 2017, with UFC 219 on Dec. 30. There are rumors that McGregor may prefer to hold out until St. Patrick’s Day on March 1, 2018 and Roddy is remaining tight-lipped on plans that “The Notorious” and his team may have for the UFC lightweight champion’s much anticipated first ttle defense:

“If Conor wants to go at the end of the year, then we go straight into camp. He came back training last week, and got a couple of sessions in. He’s back in the gym after that whole whirlwind. I think it’d be great to let him get back training and enjoying training and take it from there but at the end of the day, whatever happens, happens. If we go into camp tomorrow, we go into camp tomorrow and we get it done.”

Ferguson or Diaz? Right now it is anyone’s guess. It does appear that things are beginning to bend more towards Tony Ferguson, however.