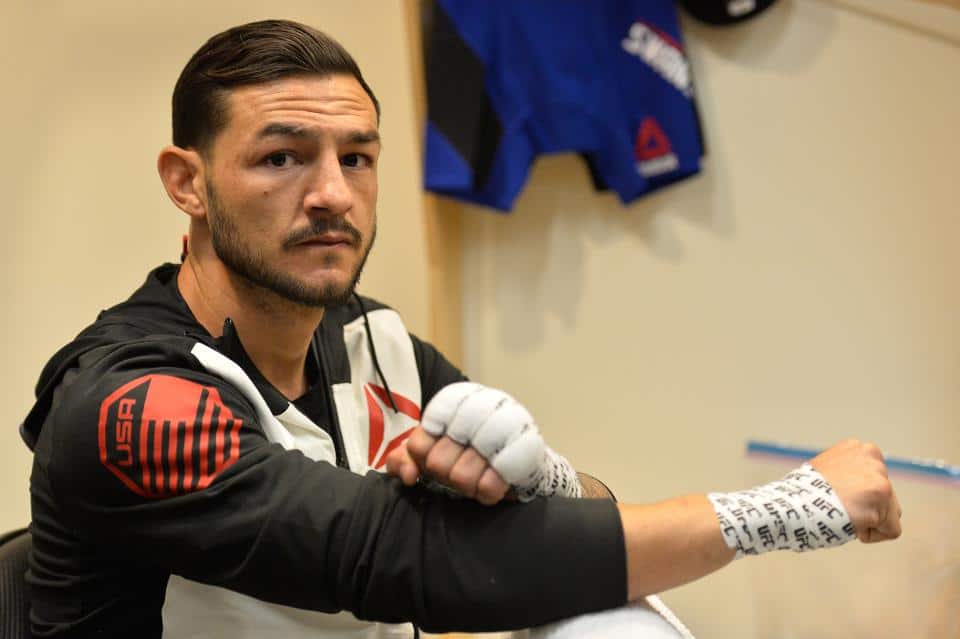 For Swanson, things could have been so much different.

The Californian tapped out to Brian Ortega to end of a four-fight win streak which many had felt was deserving of a shot at Max Holloway’s featherweight title. Well, at very least, it was down to Frankie Edgar and Swanson – Edgar got the nod. Prior to his own title shot, “The Answer” was forced to pull out due to a facial injury sustained in training. Swanson was expecting to step in for Edgar before the UFC confirmed that it would be Jose Aldo who would get a rematch against the Hawaiian.

The 34-year-old instead headed into Saturday’s UFC Fresno main event off the back of a four-fight winning streak which, if extended to five wins, would have made it incredibly hard for the promotion to ignore his claims to a shot at gold. Ortega’s spectacular standing guillotine choke in the second round put paid to that and ensured that Swanson would not have such a strong bargaining chip in any potential negotiations on a new deal with the UFC.

Swanson is a veteran of the sport and someone who has always handled himself with the utmost professionalism. Having first appeared for Zuffa’s World Extreme Cagefighting (WEC) in 2007, UFC president Dana White is aware of the commitment the fighter has shown towards the company over the years and is adamant that a deal can be done to keep the fan-favorite fighting under the promotion’s banner:

“I yelled up to him, too (from cage side), ‘Let’s get a deal done,’” White told a media scrum after the fight. “Cub’s been around forever, he’s a great kid, and I like him and hopefully we can get something done with him. And I can keep him happy. I want him to be happy, so we’ll see.”

Swanson had built up excellent momentum over the last two years which was highlighted in his Fight of the Year candidate against Doo Ho Choi at UFC 206 last December. Having stated his claim for a shot at the UFC featherweight title, Swanson somewhat bizarrely was matched against Conor McGregor teammate Artem Lobov in April. While many had speculated that Swanson had made a smart move in taking a fight against the unranked Lobov, his next fight against Ortega was not exactly what he was looking for.

Swanson told media after his fight that he is dealing with criticism regarding his perceived failure to produce in big fights. How much this will affect negotiations on a new deal is currently unknown:

“I don’t know,” Swanson said. “It stings, it’s like, it just gets thrown back in your face, ‘Oh, you just don’t win the big ones,’ so it’s like what am I gonna say? I’m sure we’ll negotiate.

“Dana said, ‘Let’s make a deal right now,’ he was outside the cage. But it’s like, do I gotta crawl back and say, ‘OK, I’ll take that deal you offered me that I said ‘no’ to’? So we’ll see. I’m going to enjoy family over Christmas, all that, and try not to be in low spirits because I thought I fought great, I just didn’t get the ending I wanted.”

Swanson also revealed post-fight that he was not feeling 100% heading into the fight and may know why:

“It was a stressful day,” said Swanson. “I woke up a little sick this morning. I didn’t really want to tell my coaches.

“The funniest thing happened,” said Swanson. “Some guy walks up to me in the lobby, and he goes, ‘Hey, take a picture with my daughter,’ and he shoves her in my face. I was like, ‘all right.’ She was like screaming and crying. And she wouldn’t stay with me, so I hand her back after we took a picture together (via MMAJunkie).”

“He was like, ‘Oh yeah, I was going to go to open workouts, but my daughter is deathly sick,’” Swanson said. “I was like, ‘Dude.’”

“So I think that’s what got me. So I woke up this morning, and I was pretty stressed out all day. I just felt awful all day.”