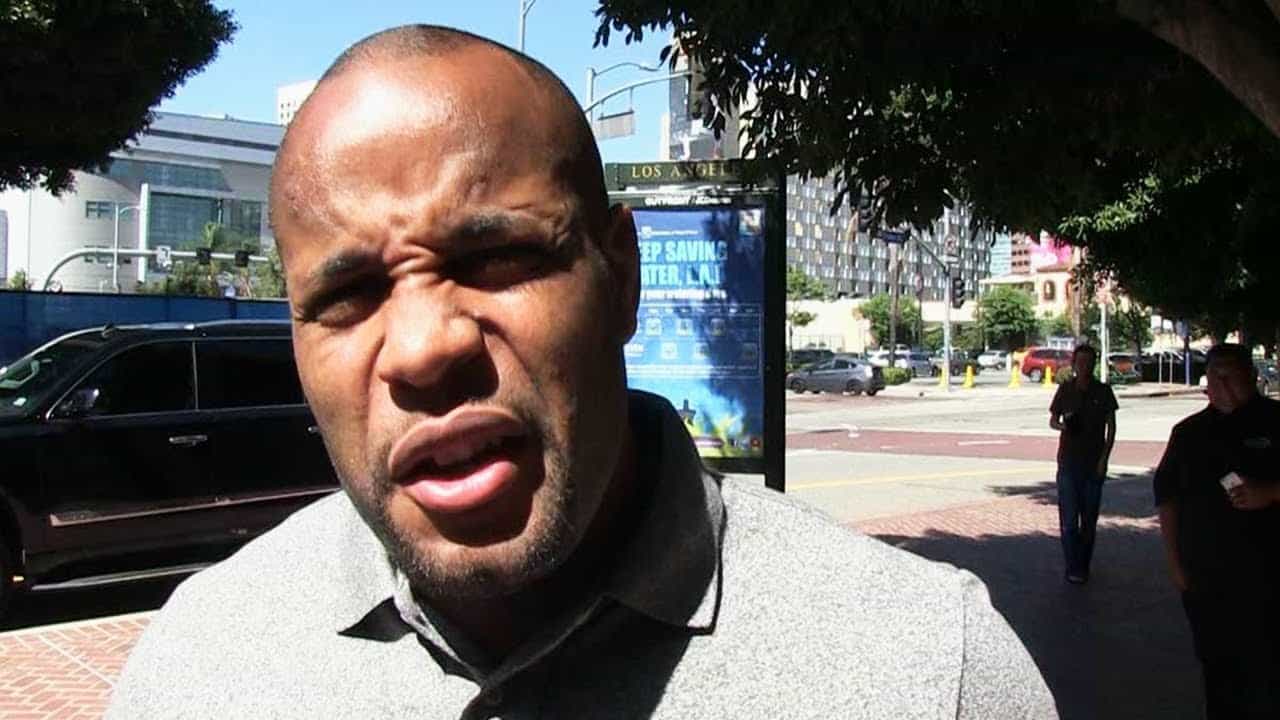 In the aftermath of the latest Jon Jones debacle which saw Daniel Cormier lose and have his light heavyweight title returned, “DC” is keen to make the rules

And with a little help from his fans, Cormier will make things work on his terms.

Cormier told listeners on his Talk and Talker podcast that his new philosophy is being built on a foundation of ‘business first’:

“It was me [who decided to do the voting polls on Twitter to determine his next opponent]. I was like man, let’s see where the interest is. Look, there are a lot of people that want to see me fight Alexander Gustafsson. And I would fight Alexander again. Y’know, he’s a tough guy. Another guy who I have a tremendous amount of respect for. But it’s a fight we’ve seen before. Truth of the matter is, that fight with Alex in all the fights that I’ve done — the two [Jon] Jones’ fights that have done tremendous at the box office, the pay-per-views. The Anderson Silva fight obviously at UFC 200 did amazing pay-per-views. The two Rumble [Johnson] fights did really well pay-per-view wise. The only fight that I’ve truly, truly, struggled with was Gustafsson.”

Cormier believes that the Swede, who has had a legitimate claim to have been the third strongest light heavyweight in recent times behind himself and the troubled Jon Jones, is not the ‘money fight’:

“We did no business. So, revisiting that [Gustafsson] fight right now would be something that would push me competitively because he is who he is but — I keep getting stuff like, ‘I want to fight Volkan [Oezdemir] because it’s easier, but Gustafsson is the money fight,’ Cormier claimed.

“Well, the reality is Gustafsson really isn’t the money fight. Even when he fought Jon, the pay-per-views did very bad. He just has this cult following. When they did the EA Sports vote, he got put on the cover of the video game, but then it doesn’t equate to pay-per-view buys. Which sucks. Because if it did, I’d be like, ‘Hey, put Gustafsson up there right now.’”

Cormier also took a shot at recent rumors suggesting that Anthony “Rumble” Johnson, the man who he ‘retired’, is making a return to the promotion:

“Here’s the thing: there’s something that’s kind of bothering me right now. News that Anthony Johnson is coming out of retirement. First off, I feel like if he was going to retire maybe he should have stayed retired a little bit longer. Because when you do that, you come back this quick, it just kind of feels like ‘oh you were mad because you lost, so you just quit’. Right? It’s not even a six-month retirement. So, it feels kind of like you were mad because you lost, and you kind of just quit. That’s not the way things are supposed to be, you know?”

Johnson’s manager, Ali Abdelaziz, appeared on a recent episode of the MMA Hour to claim that is client may be on his way back:

Johnson has also had his say, reminding Cormier that there is no love lost between both men. “Rumble” may have hung his gloves up following an unsuccessful title fight against “DC” but indicated that that may not be the last his former opponent has seen of him:

“Damn D.C. didn’t know you were salty cuz I talk to the 1 guy that knocked you out. F**king soft is what you called me, oh well that’s your opinion. Saying I gave Jon [Jones] advice lol buddy what advice is there to give him? I wasn’t fighting either one of you, so there’s no point of giving advice. That’s not my style! I believe in fair fights period.”

“Friends? We were NEVER friends! I’ve respected every man in the sport no matter what,” Johnson wrote on Facebook. “I’ve shown JBJ respect through his tough times and have shown you respect the same way. I retired cuz I have other things in life I want to do but just cuz I met with UFC and talked you have an issue. So, take your crybaby ass on and praise God that Jon screwed up and you got the belt back that way!”

Another fight on the horizon?