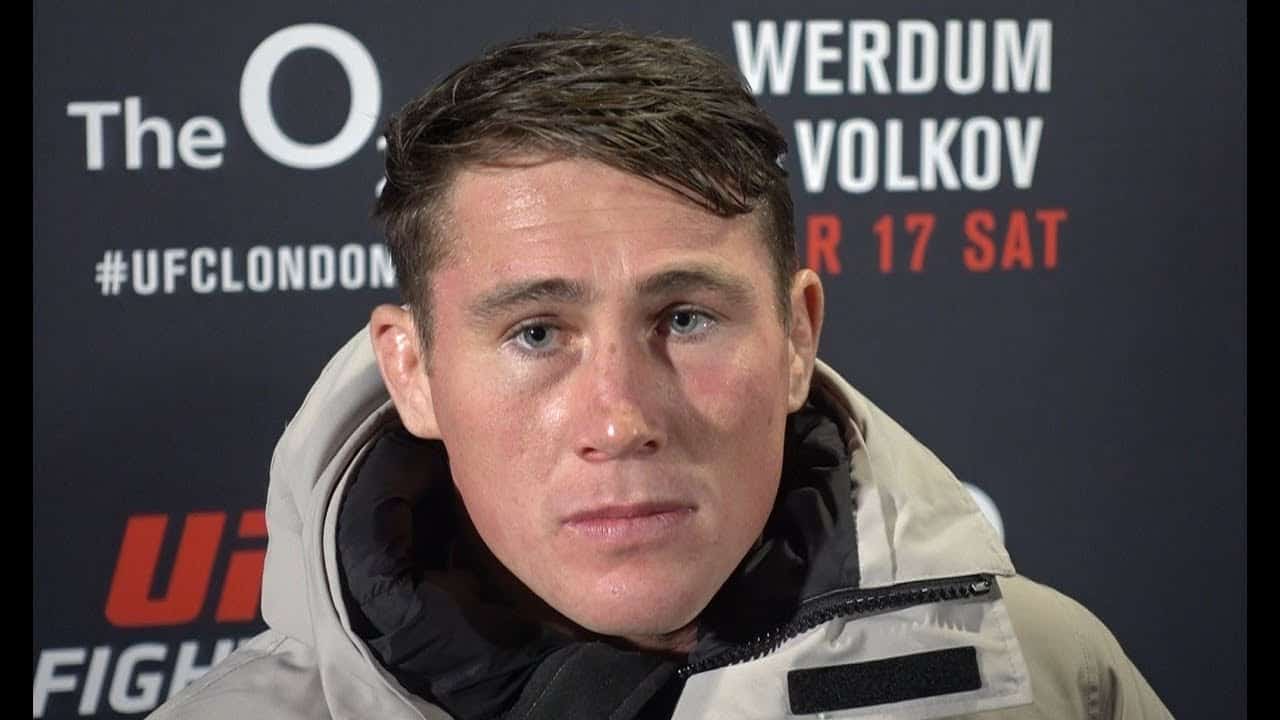 When Darren Till comprehensively beat UFC legend and fan-favorite Donald Cerrone, the world sat up and listened. Till, a Liverpool-native, will now headline a UFC event in his hometown and aim to solidify his status as one of the most dangerous welterweights in the promotion

As the Ultimate Fighting Championship is set to hit England’s capital of London on the most Irish of days, St Patrick’s Day, it announced that it would be making a trip to perhaps the most Irish of English cities.

Till, a proud scouser and electrifying prospect for English fans to savor, will enter the Octagon in Liverpool on May 27 at UFC Fight Night 130 in the Echo Arena. While Till’s opponent is yet to be announced, fellow Brit Tom Breese will make his middleweight debut against Australia’s Daniel Kelly. Elias Theodorou will meet Trevor Smith, in one of the few bouts to have been confirmed.

Till is currently 16-0-1 as a pro, with a 4-0-1 in the UFC. His knockout of Donald “Cowboy” Cerrone sent shockwaves throughout the MMA community, given his relative anonymity among fans. the prospect of Till being a force to be reckoned with is certainly being backed up in turn by the UFC, if this headline bout in Liverpool is anything to go by.

“I’ve waited for this for many years. This has been a dream of mine for years, and I’m the person that’s doing it. No one else is doing it in my hometown,” Till said during a UFC Fight Night 127 scrum with reporters on Friday in London (via MMAWeekly).

“I can’t say any words that will do it just. I also talk about legacy. In 200 years, they’re gonna remember my name in Liverpool. They’re going to talk about MMA and they will mention my name at the top of the list.”

Till claimed that the Echo Arena will sell out, despite no word yet being known on his opponent:

“Sixty seconds. Sixty seconds, I’m telling you. It’s going to be one of the fastest sellouts ever,” he told reporters, before again putting his stamp on the UFC Liverpool event.

“I’ve made this happen. I’ve worked hard. Anyone can doubt me. You can jump on the hype train or you could jump off, I could care less. I’ve done all this. Me.”

One big name fighter who could be joining Till in Liverpool is fellow-Englishman and the first and only Brit to win a UFC title, Michael Bisping. According to the former middleweight champion, he could finally hang his gloves up in Merseyside, just miles from his own hometown of Manchester:

“I’ve done this for a long time,” Bisping said at the UFC London fan Q&A. “I started martial arts when I was eight years old. I’m almost 40 these days, which is kinda crazy. Me and Dan (Hardy) started training together back in 2003 in Nottingham, so we’ve been at this for a long, long time, and I’ve fought everyone, I’ve fought on every part of the world, every continent, all over the place.

“So really, and I know this is a boring answer, there isn’t someone that I’m striving to fight.”

The ideal fight for Bisping may be a trilogy bout against the man he famously knocked out to win the UFC’ 185-pound title, Luke Rockhold:

“There’s somebody that I’ve knocked out before that I think I might want to knock out again, and I believe you all know who I’m talking about,” Bisping said. “And this week he was saying, ‘Sign the contract, Mike. Sign the contract.’ Trying to make it out like I was ducking him. So I tweeted back, I’m like, ‘What contract? Please present me with the contract, the location, the date, whatever it is, because you’re full of sh*t, Luke. It doesn’t exist.’

“Now, if I was presented one, that is a fight I wouldn’t turn down. But that said, for my last fight, I’d rather have it be against somebody I respect. Of course over the years, I’ve been controversial, shall we say, but I’d rather fight somebody I respect, put my best foot forward. Not let myself down and talk sh*t like I always do.”