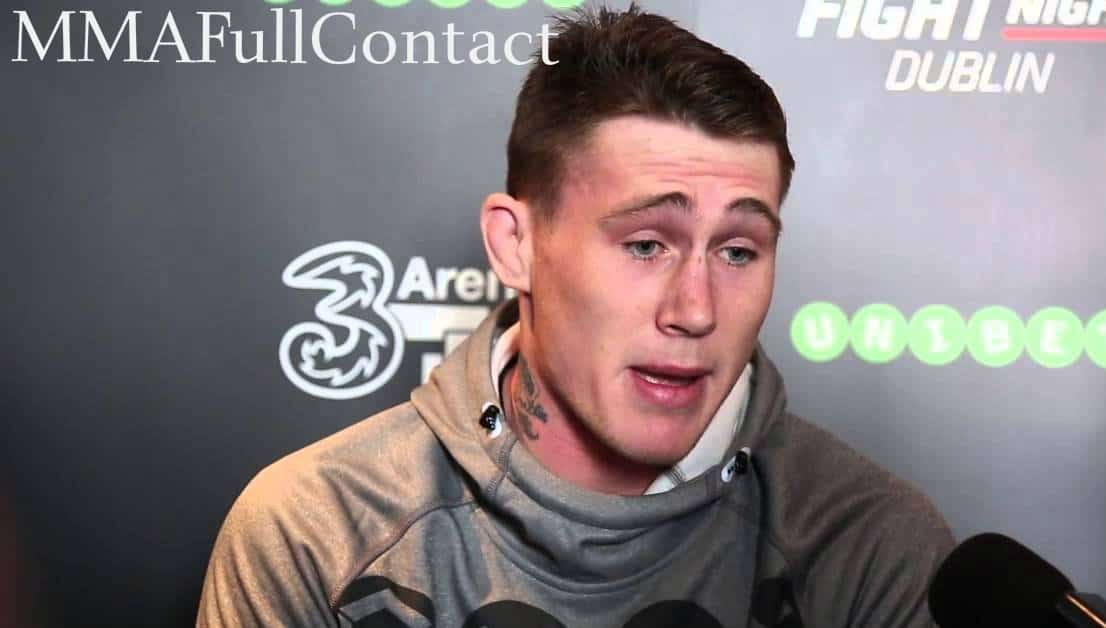 UFC Liverpool headliner Darren Till expressed shock on Sunday afternoon when a journalist asked him why he was ‘almost killing himself’ to get down to welterweight. Till, who had weighed in 3.5 pounds over the welterweight limit – could not believe what he was hearing

“You what, mate?” Till responded, when asked why he was pushing his body so hard to get down to a weight which has also caused him problems before.

The question, asked by an unknown journalist as the Englishman was leaving a local Burger King in Liverpool, seemed to trouble the 25-year-old. Standing still with a couple of paper bags – presumably full of food – Till then proceeded to shake his head before asking a member of his coaching team “do you know anything about this?”

The news is set to lead to a number of questions from the Englishman, who is touted as one of the most promising prospects in the UFC’s welterweight division. Having blasted away Donald “Cowboy” Cerrone – a former lightweight title-challenger – in 2017, Till can catapult himself into his own title shot contention with a win over Stephen “Wonderboy” Thompson in Liverpool, England.

MMAFullContact caught up with Till just a few hundred yards from the incident, but he refused to comment in detail on just having found out there is more than one weight class in the UFC. Till – who simply quoted “my mind’s f**kin’ blown” – returned to his hotel in the city.

We did catch up with a member of his team, however, who told us that “The Gorilla” was evidently struggling to process this news.

“He was taken aback when he learned that there was more than one weight class. Darren is a big, big lad so there isn’t really any need for him to be fighting at 170-pounds. The toll it takes on his body obviously means that it could have an effect on him in the long run. Darren’s mind is pretty much blown.”

When we asked Till’s associate if he had plans of changing his weight class to a more suitable one following this revelation, he confirmed that he responded positively: