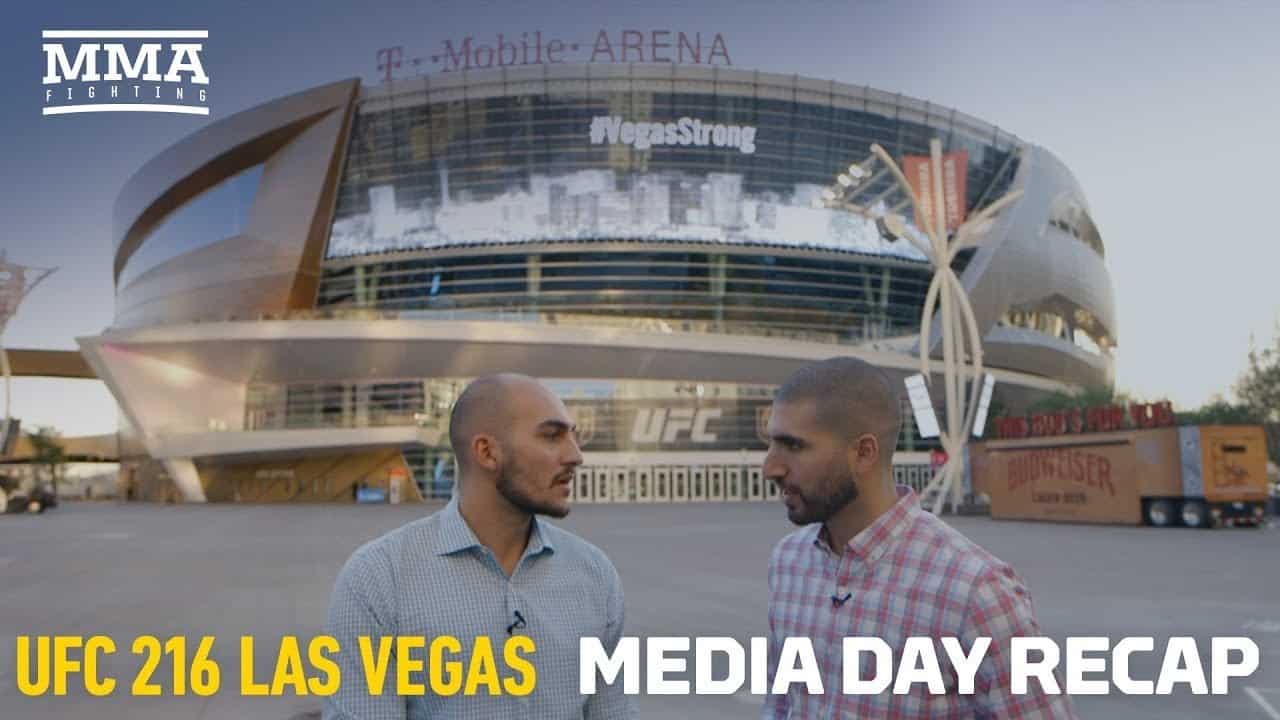 While we reflect on the absolute horror of the mass shooting during the Route 91 Harvest music festival in Las Vegas this week, the UFC is boldly refusing to yield

While tragic stories continue to circulate from many caught up in the horrific tragedy in Las Vegas on Sunday, the MMA community also has their own regretable contributions.

Despite the horrific circumstances, UFC 216 will still go ahead. Saturday’s opponents Beneil Dariush and Evan Dunham were both deeply affected by what is one of the worst chapters in U.S history:

“Everybody in Vegas was affected one way or another,” Dunham said. “Even if it’s just knowing somebody that knew somebody. We’re a small community in Vegas. People don’t think of it that way. They think of it as come in and go. But people that live here, it’s a small community, and everybody is pretty strong out here because Vegas isn’t an easy place to live.

Dunham’s opponent at UFC 216, Beneil Dariush stated that he was deeply affected by the news on Sunday:

“The more I think about it, the more it just messes with my head,” Dariush commented (via MMAFighting.com)

“Two people had passed away and there were 50 injured,” he said, “and when we woke up it was 59 and 500 injured. I just, I couldn’t believe it. I mean, I was right there. And that doesn’t change anything. It’s just, I feel bad. I don’t know how to explain it.

“It’s so strange. They say the show must go on — they’re not kidding about that, man. Everything’s supposed to be back to normal, but what do you expect? People have to get back to their normal lives. They don’t really have a choice in that. But you do see the difference. You do see people a little bit more tense, a little bit more … there’s a heaviness to them,” Dariush continued.

“They’re more worried. You see the extra security, the extra police, which all obviously just reminds us of what happened. It’s all around us. The show must go on, but it doesn’t mean we don’t see it.”

Las Vegas is the official home of prizefighting on the planet. Just days before one of the most influential cards of the year and healing is at the forefront of fighters’ minds, not competition.

“It’s hard just to even talk about the fight. There’s so much bigger things in life,” said Kevin Lee, who challenges Ferguson in Saturday’s main event. “Me and Tony, we might have a lot of back and forth, we might have a lot of disrespect, I might not like him, and at the end of the day he’s going to be disappointed with the result — but I hope he goes home. I hope he enjoys his life, he enjoys his family, and he can keep on living. I would hope the same for me.”

There will be a dark mood at Saturday’s UFC 216 but in some way, the event may provide both a literal and poetic message which both embody the fighting spirit. Beneil Dariush says ‘the show must go on’ and he may be on to something. There will be reflection, anxiety, and hope which will certainly lean towards the latter once the lights shine upon the T-Mobile Arena in Las Vegas.

For all involved, UFC 216 may vary in the importance of the event to their careers and bank accounts, but as a symbol, it will undoubtedly unite every fighter on the card. As the biggest spectacle in Las Vegas since the mass shooting on Sunday, all eyes will be firmly looking towards UFC 216 to deliver more than just a good night worth of extraordinary fights – it will ask the promotion not just to brighten things up but to bring things in some way back to normal.