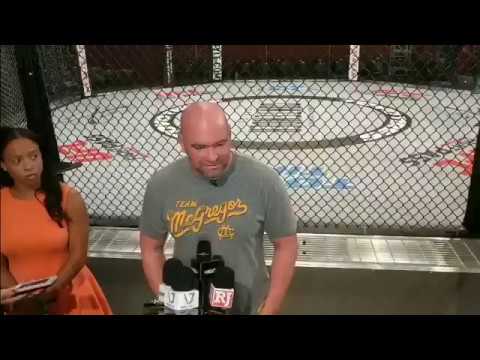 Following news that Jon Jones has been identified by USADA as having tested positive for a steroid in conjunction with his UFC 214 title win, it looks as though his career may be over

Jones has yet to be stripped of the title, however, as UFC president Dana White told ESPN that the decision will rest upon the confirmation of facts associated with the test. The UFC did confirm Jones’ potential violation in a statement posted on its website.

The drug test showed a positive trace of the steroid turinabol, which will carry a two-year suspension from USADA for first-time offenders and generally double for multiple-time offenders.

Jones’ opponent at UFC 214, Daniel Cormier, told MMAFighting that he was finding the news difficult to take:

“We as athletes are entitled to due process, and I will refrain from saying much more until I know exactly what happened.

“In my mind, on July 29, I competed and I lost. I thought Jon Jones was the better man that day. I don’t know what to think anymore. I can’t believe we are going through all of this again. We will see what happens next.

“Thank you to all my fans who have supported me during this dark time. I love you all very much.”

Jones, 30, has previous with USADA. Having tested positive prior to what should have been a headlining rematch with Cormier at UFC 200 in July 2016, Jones was suspended and served a one-year ban by USADA due to a positive tests for two banned substances (clomiphene and letrozol).

Long considered the bad boy of MMA, Jones has also been in the headlines over the past few years for a felony hit-and-run arrest and DUI. With a notoriously relaxed attitude to fight preparations which have seen Jones being accused of being a recreational marijuana and cocaine user, the 30-year-old also claimed to have had an alcohol problem. UFC 214 represented a new birth for Jones and an opportunity to break clean and reach his massive potential.

“The California State Athletic Commission has been made aware of Jon Jones’ test results and is looking into the matter,” CSAC executive officer Andy Foster said. “The Commission takes these matters very seriously and will take any appropriate actions necessary after a thorough review of the situation. As with all fighters, Mr. Jones is entitled to due process and the Commission will work with the United States Anti-Doping Agency (USADA) to get all of the proper information.”

“I was just at dinner sitting next to Jon Jones when he got the phone call about this failed drug test,” Lester wrote. “Supposedly the story is between weigh ins and fight night he took a oral steroid. Which makes zero sense since it wouldn’t do anything at all for Jon to do so. It takes weeks for steroids to build up in your system to be a performance enhancer. Jon was devastated, to say the least.”

“This is a set up, straight up, no athlete would test clean his entire fight camp, and then randomly take some cheap f—king oral steroid betweens weigh ins and fight night knowing he would be tested once he got done fighting. This is a straight set up. They are trying to ruin this kids life. It makes no sense and Jon wouldn’t do it. Let’s see what happens with all of this but I truly believe Jon is innocent & I hope that all of you will give him a fair chance before you send hateful judgments his way.”

While judgement should be reserved until all facts have been proven beyond reasonable doubt, Jones’ career looks incredibly close to coming to an end. Widely regarded as the greatest Mixed Martial Artist of all time, this would be a tragic end to a career which promised so much.