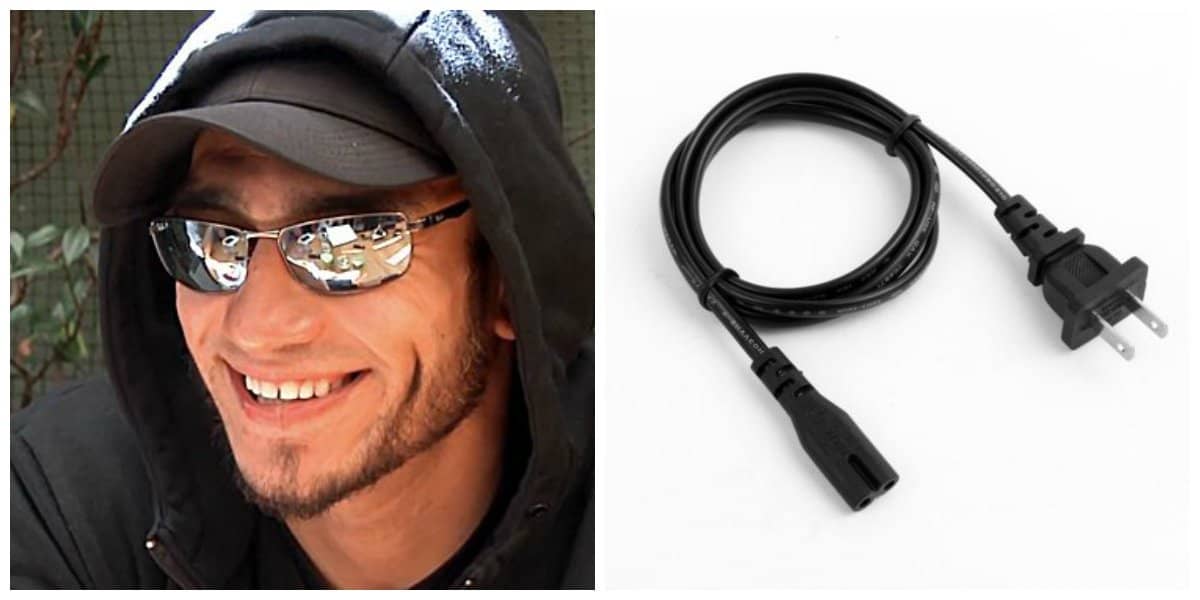 UFC interim lightweight champion Tony Ferguson was set to go head to head with Khabib Nurmagomedov for the unified title earlier this month. Unfortunately for Ferguson, he would be viciously attacked by a cable prior to the fight. “El Cucuy” was badly injured following the attack, and the fight with Nurmagomedov collapsed for the fourth time

While the cable has refrained from talking since the incident, MMAFullContact has managed to get the scoop on what really happened on that fateful day.

What really went down?

“Look, dude, I was just lying there, minding my own business, and Ferguson decided to kick me,” the cable told our reporter. “I wasn’t looking for trouble, yo. They said it was an accident on his [Ferguson’s] part, This a**hole was walking around with sunglasses on inside. Who the hell does that apart from Stevie Wonder? And even Stevie Wonder never tripped over a cable before the biggest fight of his life!

“I don’t know how many fights Stevie Wonder has had, but I bet he wouldn’t be that silly, and watches where he is going. Even though he is blind.”

The cable was clearly upset and extremely angry that he was blamed for the incident. He made it clear that he would be consulting his lawyers at some point to look into the possibility of suing Ferguson for the incident:

“I have a wife, and kids to feed. This could have ended my career with the UFC. This still may end my career, man. Cables like me have a short lifespan, and this could be the end of me. Whenever fighters enter a room prior to a fight, they are all gonna be looking down at the floor for me. They are all gonna be paranoid that the same thing could happen to them. I mean, I was cool with everyone before all this happened, but I am being treated differently.

“Just the other day, I was chilling on the floor in the UFC headquarters in Las Vegas. Francis Ngannou walked towards me and I like ‘Yo, what’s up Francis?’ and he just ignored me man, and stepped over me like I was nothing. I was in that dude’s house, man. TJ Dillashaw told one of the caterers that – if I tripped him up – he’d pull the plug on me, man. I don’t know if he was being literal, or meant that he’d kill my ass, but this is serious, yo”

Scott Coker looking into signing the cable to Bellator

According to reports, Bellator President Scott Coker may be set to sign the cable to the promotion. Coker has typically benefitted from UFC fighters who have fallen out with management in the past, and could potentially bring the cable to California if he is discarded by Dana White and co.

“Yeah man, this is what I’m looking at. If Dana [White] does decide to throw me out, Coker has told people that he would wait outside to pick me up. That’s definitely comforting, cos I don’t want my career ended by some douche who wears sunglasses inside. This is all his [Ferguson’s] fault, dude. I mean, he needs to understand that even Ray Charles used to remove his shades indoors.

“Moving to Bellator may be the option. I have friends there, too, who are supporting me. Rory MacDonald is my boy, and sent me a text just the other day saying he would have a hob for me if I was plugged out in the UFC. Michael Venom Page said that he would take me over to England, and pay for an operation to change my plug to European style, ya know? Chael Sonnen called me this morning to say it’s probably time to leave.”

The cable had some advice for Ferguson, and admitted that he does feel a little sad about what happened:

“What I would say to Tony is this: you are a UFC champion, man. You’re cool. You don’t need to wear no sunglasses indoors to prove that. You have the world at your feet, so why be kicking me and pretending that you tripped over me when I kicked your ass? Just be real, man. Get that fight with Khabib and stop tryna walk all over little guys like us.

The UFC is yet to make a decision on the future of the cable.