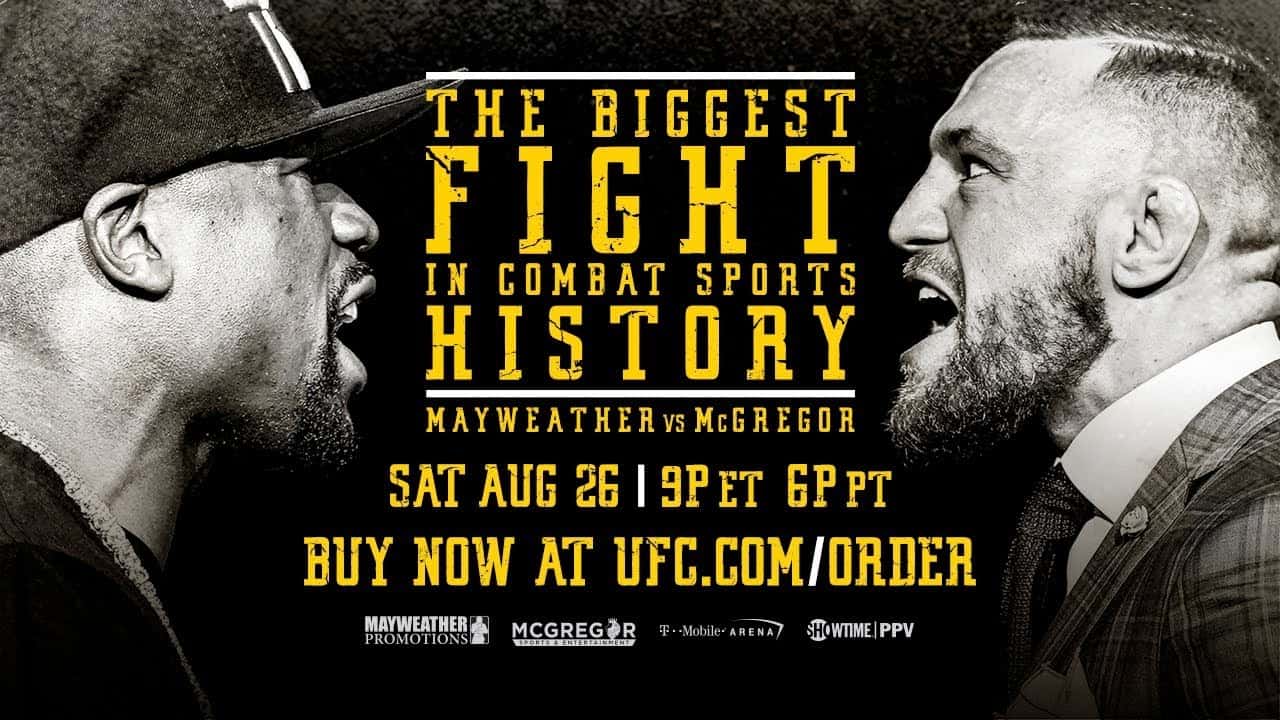 Floyd Mayweather has weighed in on recent footage which was leaked from the training camp of his opponent next week, Conor McGregor

Mayweather partook in a conference call on Thursday where he questioned McGregor’s “illegal” tactics in footage captured in a sparring session with Paulie Malignaggi.

The 40-year-old boxing legend, who will finally enter the ring with McGregor in Las Vegas next Saturday, was adamant that he had identified nefarious tactics employed by McGregor in the spar, including various “rabbit punches” which were inflicted on the “Magic Man”.

That footage, which is behind a monumental public spat between McGregor and Malignaggi, left the 49-0 boxing icon less than impressed with what he saw:

“I had a chance to see it and my thoughts were, it was interesting,” Mayweather said, referring to McGregor’s alleged knockdown of the boxer. “A lot of rabbit punching, a lot of illegal shots, behind the head,” Mayweather added.

In order to expose himself into an environment where he is overlooked by a legitimate boxing official, McGregor hired legendary referee Joe Cortez to replicate a real contest and to offer advice and guidance on rules inside the ropes:

“He’s had Joe Cortez in his training camp and I’ve still seen him being extremely dirty,” Mayweather snapped.

Another Veteran referee, Robert Byrd, will handle officiating duties in the bout next week. Byrd oversaw Mayweather’s schooling of Robert Guerrero in Las Vegas in 2013 and is confident in the abilities of Byrd:

“I truly believe the referee is going to do a great job,” Mayweather said.

“The referee’s job is to keep the fight clean. He don’t have anything to worry about. I’m looking forward to following the Queensberry rules of boxing,” he added.

Although Mayweather hung up his gloves following a victory over Andre Berto in 2015 on a 49-0 record which effectively tied that of Italian-American icon Rocky Marciano, it was not the opportunity to break that record with 50 wins and no losses which was behind his desire to return to the ring:

“Even though this is my 50th fight, this is not my focus,” Mayweather mentioned. “Rocky Marciano is a legend, he did it his way. I just like to do it the Mayweather way.”

Despite having come out of retirement on two previous occasions, Mayweather is adamant that, win or lose next Saturday, he will walk away from fighting for good:

“I’m going to stick to my word – this is going to be my last fight.”

Meanwhile, Conor McGregor continues to progress in his preparations for the money spinning fight. Richard Perez, the coach of Nate Diaz, however, has made a pretty serious allegation against McGregor.

Speaking to BJ Penn Radio, Perez stated that McGregor had used a “substance” while discussing if McGregor had any chance of beating Mayweather:

“No, he doesn’t have a puncher’s chance – and he gasses out,” Perez said. “I don’t care how hard he trains. They’ve got to watch out for him, because he’s probably going to take the substance that he did when he [fought] with Nathan, that woke him up.

“I know they’re taking tests, but they’ve got to be careful with that because he will do it. There’s no way he’s going to do this without taking any substances, and be strong in boxing, because boxing is a lot of stamina.”

Despite McGregor being the most tested lightweight on the UFC roster, Perez continued to make the accusation (albeit, one lacking any credible substantiation):

“When you think about it, a guy at 145lbs, moving up to 170 the first time, he bulked up in muscle, that’s not going to happen,” Perez said. “You’re going to have some fat in you cause you’re short. You’re not going to be all muscle like that. I even said, when Nathan first fought him, when they called him, I said, ‘look, he’s got to be on some kind of steroids or substance.’

“And when Nathan asked [McGregor], he got really upset about it. If it had been me, I would have been laughing about it. I would have [sarcastically] been like ‘yeah steroids, yeah, yeah,’ but he was really mad, he was angry. So that speaks for itself right there. Mayweather and them really need to have that guy checked.

“After the last fight, I read it, it’s not steroids, it’s something that bulks you up, I forget what it’s called. It’s illegal, still you can’t use it in the UFC, even in boxing you can’t use it. So I guess now that’s why they’re both being tested every week.”