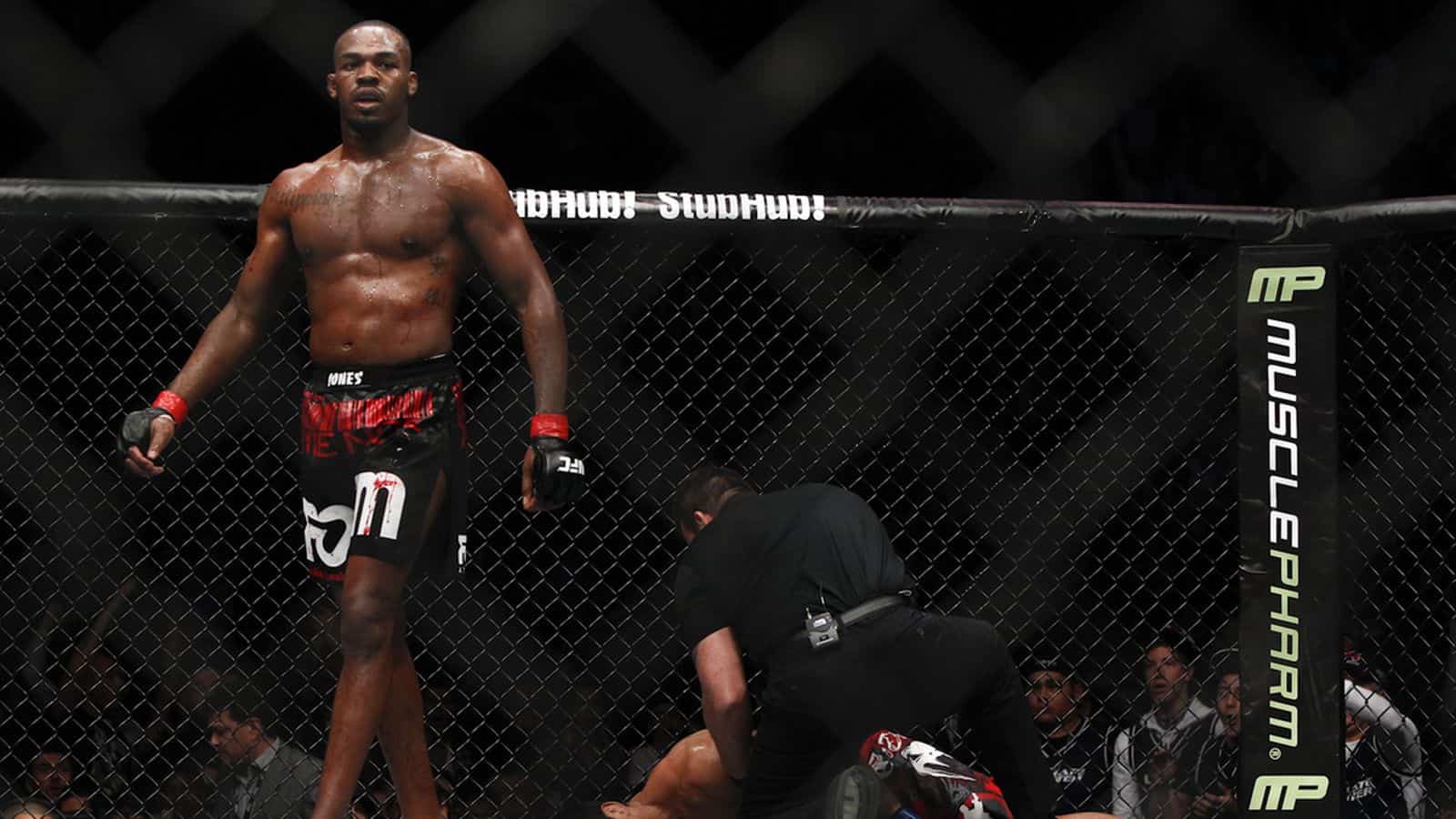 Jon Jones is perhaps the most naturally talented UFC fighter of all time. Unfortunately for Jones, his career has been a rollercoaster of triumph and controversy. While Jones has never technically been beaten by another fighter, he has been the victim of his own actions. Now ready to settle the score, Jones wants to settle the score with his “own worst enemy”

“I think it’s about time to beat this fool’s ass,” Jones said, in relation to a fight with himself. “All the sh*t he’s caused me. The lost time, money… man, my legacy has suffered because of Jon Jones.”

Jones made his UFC debut on Aug. 9, 2008, and scored a unanimous decision victory over Andre Gusmao at UFC 87. From the outset, it was clear that the young fighter was one to watch. Before long, however, Jones would start getting into trouble with the law. The following January, Jones was cited due to “unsafe passing” while driving. Also in the car were his girlfriend and child. Jones’ car reportedly struck another vehicle while turning, but thankfully, there were no injuries and he was not blamed for the minor accident.

At the end of the year, Jones would pick up his first loss in the promotion. Although his record has Matt Hamill’s name against the first zero of his career – (Jones was disqualified having landed “12-to-6 elbows” on Hamill) – it was Jones who actually beat Jones, according to Jones:

“Yeah, Jon man. He struck again,” Jones said. “They should remove Hamill’s name from the record and put Jon Jones’s name there. It was him who beat Jon Jones, you know. My own worst enemy. Dude, it really rankles with me…”

In March 2011, despite his loss to  Jones, the dynamic light heavyweight became the youngest champion in UFC history following a spectacular TKO of Mauricio “Shogun” Rua at UFC 128. Jones’ first title -the UFC light-heavyweight crown – was made for him. Later that year, however, Jones would once again fall afoul of the law. “Bones” was cited for “loss of traction” having driven into a strip club in Albuquerque, New Mexico. Jones’ Bentley was towed and Jones was arrested, where it was alleged that he was driving on a suspended licence. Luckily enough for Jones, charges were dropped.

In May 2012, Jones smashed his Bentley into a utility pole in Binghamton, N.Y., following a long night of partying, which injured two of his female passengers. Jones is taken into custody. His punishment was a $1,000 fine and a six-month driving ban.

In July 2016, Jones was flagged by the USADA for what was a potential doping violation, which led to his UFC 200 main event title-fight rematch with Daniel Cormier. Jones denied cheating in a Las Vegas press conference, with his team appealing the case. Jones was involved in even more controversy when

“Hey, lets stop talking about all this stuff,” Jones said while we were writing this article. “This is all bullsh*t and there is more than one way to skin a cat. When I get Jon Jones inside the Octagon, I will show him just how much Jon Jones is keen to… you know… beat the sh*t out of him. He ruined my career, kind of. I will show the world that the bad guy can be beaten, and the good guy can triumph.

“With Jon Jones, he really needs help. I’m gonna give him some help by beating the crap out of him in front of thousands of people inside the arena, and millions around the world.”

When asked how this would be possible – given the fact that he is suspended, currently – Jones claimed that he would be happy to wait until he is vindicated:

“I just gotta wait until Jon Jones is cleared of any wrong behavior,” Jones said, clearly not speaking about himself in the third person. “I believe his supplement was tainted. I believe that – this time – he didn’t mean to mess up. I also believe that he will be back inside the Octaon, later this year.

“Man, Jon Jones vs. Jone Jones is gonna be the biggest fight in UFC history. My idea for the fight purse is that it goes 100% to the winner. If I win, I’m gonna invest the money in making my and my families lives better. If Jon Jones wins, well, he’ll probably piss it all up the wall of a strip club or something.”