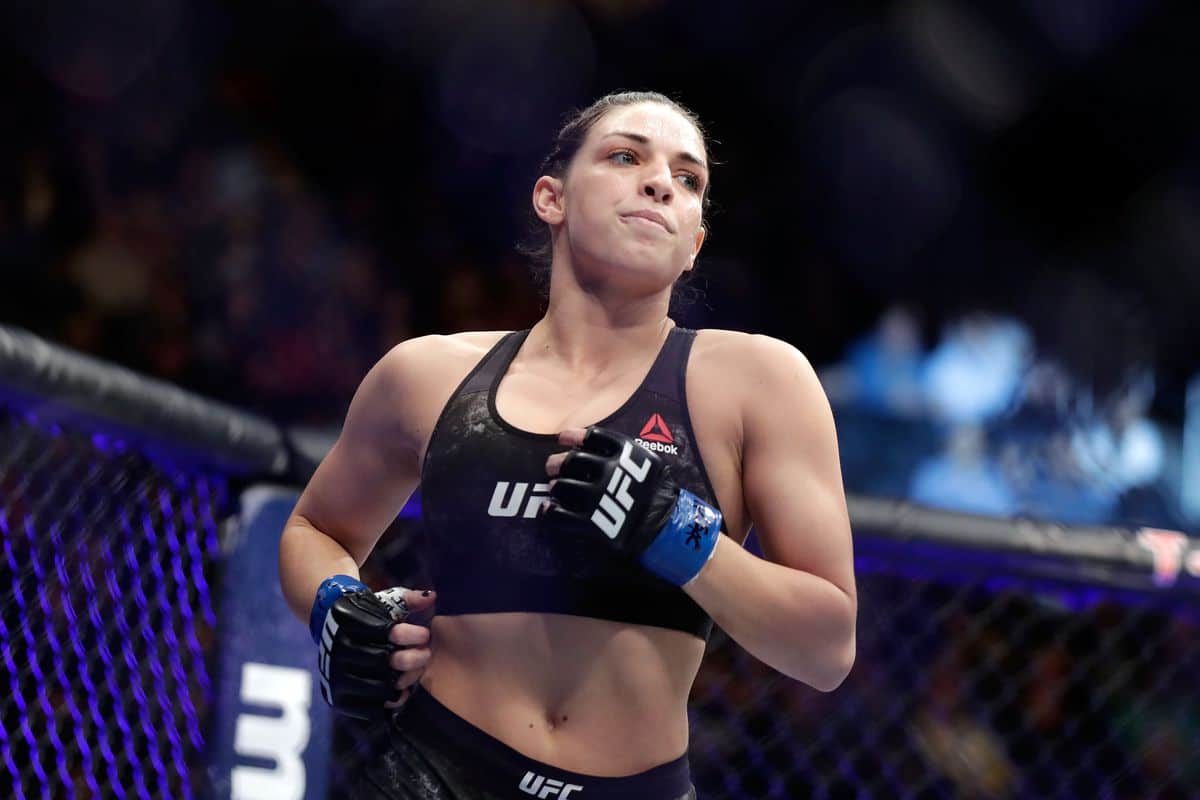 UFC prospect and BJJ standout Mackenzie Dern weighed in at 123-pounds for her UFC 224 bout against Amanda Cooper in Brazil. According to reports, the American – who has transformed into a Brazilian over the past couple of years – claimed that she weighed in over the limit as she “speakie no Engleesh”

Dern, 6-0 as a professional MMA fighter, made her UFC debut in March, winning by split decision over Ashley Yoder. That bout was fought at strawweight and Dern made weight in the button.

Dern has had notable problems with making weight in the past, however, despite having a line of translators and dieticians helping her to understand the details in Portuguese, her native-tongue in Phoenix, Arizona. When asked why she had missed weight, Dern reportedly scratched her head before looking oblivious as to what our reporter was asking. When asked again, Dern replied:

“Me speakie no Engleesh,” in a Portuguese accent.

While Dern is obviously American and has been documented speaking perfect English on a number of occasions in the past, her transition to fully-fledged Brazilian has seen her undergo radical changes. It is unclear whether Dern has undergone nationality-reassignment surgery but the rumors are that she has fully-embraced being a Brazilian.

This comes as no consolation to Dern’s opponent, Amanda Cooper. The former TUF finalist spoke to Bloody Elbow earlier in the week to state that she believed Dern would “probably come in heavy,” but had no idea that she would actually come in Brazilian:

“I plan on leaving cookies outside her door every night because I’m sure she won’t be able to resist it. And that way I get 20 percent of her purse and still get to beat her up at home.”

Cooper was allegedly heard shouting towards Dern following the weigh-ins, with what many believed to be insults in English. Dern, who seemed unfazed at the barbs thrown by her opponent, allegedly shrugged her shoulders and pointed towards her team of Portuguese-to-English interpreters before looking insulted and slightly angry.

“I…speakiee…no…English,” was Dern’s response, before she opened a bag of fast food and proceeded to swallow the contents whole.