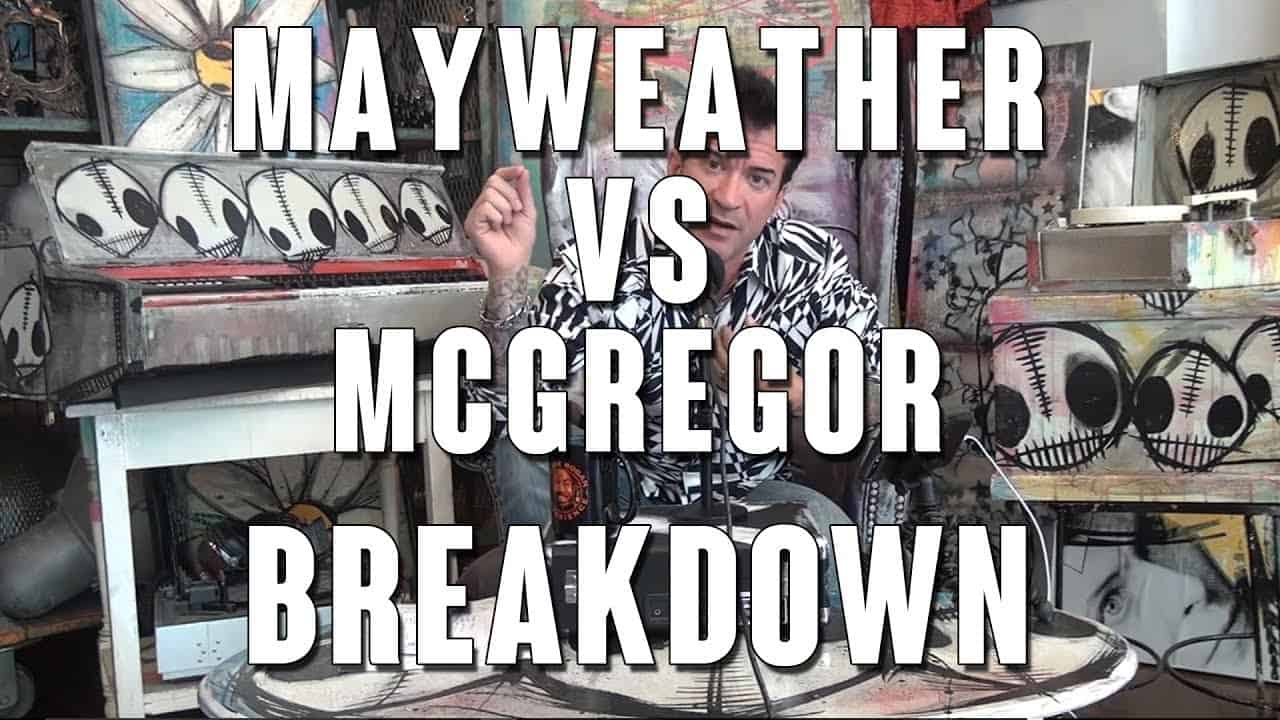 MMA analyst Robin Black has offered a unique perspective on why Conor McGregor just might pull off the implausible against Floyd Mayweather Jr.

Rather than regurgitate the cliches regarding McGregor‘s advantages in youth and size, Black has offered a fresh idea to those willing to believe that the UFC lightweight champion may have a chance against Mayweather next month:

“You know who should have invented Airbnb? Marriott Hotels,” says Black, starting a strange metaphor. “But they didn’t, because they’re so far up their own ass in the micro of running hotels that they could never, ever see outside of where they are. So, change instead comes from some eggheads down in Silicon Valley.”

“Disruption never comes from within,” he adds later. “Every disruption is caused from the outside because everybody on the inside buys into the bullshit.”

Black’s assertions that McGregor’s unique rhythm and lack of adherence to a traditional boxing disciplines will give him an advantage against Mayweather certainly make for a fresh insight in comparison to many who flat out reject this idea:

“Boxing is so far up it’s own ass, it’s so refined, it’s so specialized, and specialization bases itself on the fact that we all just agree that this is how it is. And there are so many of these agreements that we just go through the motions and then somebody will come along and go, ‘What the fuck? Why are they doing this?’”

“And McGregor has already done this, when he took out Aldo and he would have taken out [Rafael dos Anjos] exactly the same,” Black claims, adding that the Irishman’s style has moved MMA striking at the highest level away from the basic, give and take Muay Thai approach that was prevalent not so long ago.

“He already disrupted that, they don’t do that any more, none of the top guys fight that way.”

“It doesn’t mean [Conor McGregor] can do it [in boxing], it doesn’t mean he can do it at all. But isn’t it cool to see somebody try? Isn’t it fucking cool? Try something so big as to literally disrupt an entire style? And I’ll leave you on another idea; Bruce Lee said, and I’m paraphrasing, ‘It is always the individual who is more powerful than any style, or a collection of ideas or an institution, because these institutions are based on old truths, or mistruths, or former truths.’”