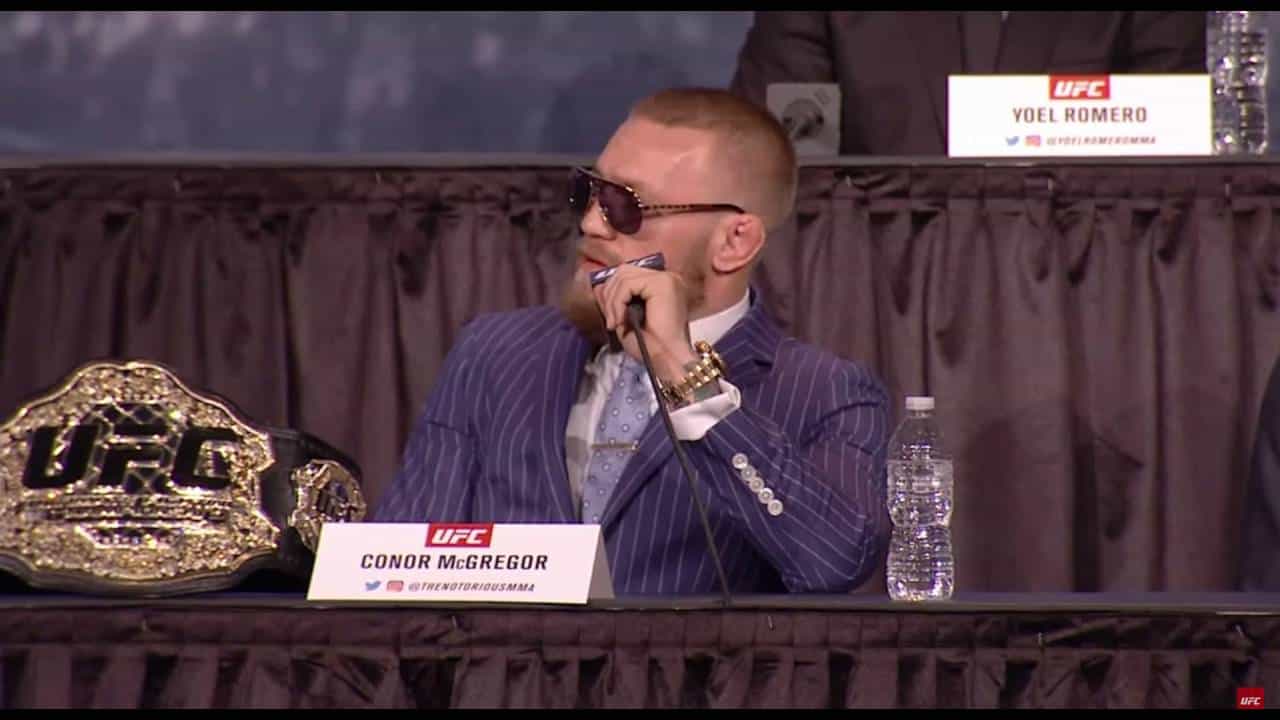 Former UFC lightweight champion Conor McGregor has opened a charity in his home country of Ireland, aiming to combat dementia among people in the country. Claiming that the issue is ‘close to my heart, yeah?’ the Irishman aims to provide hints and tips for those who are in danger of severe memory loss

“If you don’t remember that I, Conor McGregor, is the f**king king of Ireland and the fight game, get yourself checked out,” he told reporters gathered on Dublin’s Grafton Street earlier today.

“What the inspiration was for me choosing to open this charity was that, even though I said ‘who the f**k is that guy?’ to Jeremy Stephens, I actually knew who the f**k he was. I was only saying that to shut his bum mouth up for being cheeky. For people living with dementia, they actually have no idea who the f**k Jeremy Stephens is. They don’t even know who the f**k members of their only family is, yeah?”

“Sometimes I forget things and worry if I may have taken too many shots to the head and am developing some kind of dementia. For instance, I forgot just how much coin I made against Eddie Alvarez in 2015. That’s probably cos I made $100 million in 2017 though, haha.”

“On a serious note though: whenever you feel as though you are getting forgetful, see a doctor. It’s bleedin’ worth it man, cos you don’t want to be walking around all punch drunk like half the fighters on the roster. You can tell if you may have early onset dementia in this way: watch the UFC and if there’s a fight on between two bums, and you turn to your missus or friend and say ‘who the f**k are these guys?’ then you’ll know something is wrong. Well, there is something wrong cos the king isn’t in the Octagon, yeah?”

“The Notorious” is yet to confirm what his next move will be in his fighting career, but here’s hoping that he remembers that he is, in fact, a fighter.

McGregor said that that he would happily answer our questions this afternoon, but when we called his publicist, she told us that he had forgotten all about it.