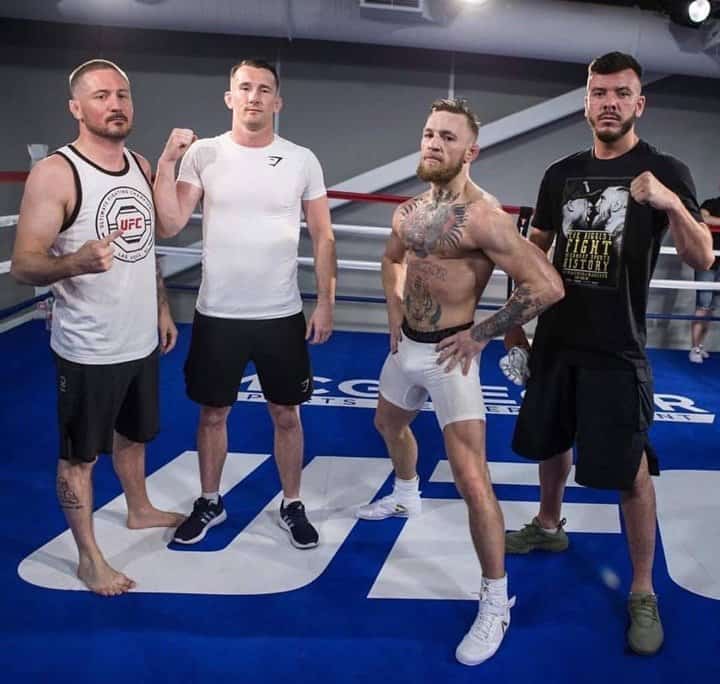 When the press conferences were over, most people thought we’d be hearing next to nothing from Conor McGregor until he was ready to step into the ring and take on the world’s best boxer in Floyd Mayweather, August 26th. Both men got more than enough airtime on the media tour, and then it was time to focus on the fight.

However, the recent departure of Paulie Malignaggi brought a whole new wave of interest into the inner workings of McGregor’s debut boxing bout preparation. Not just interest, but controversy. And lots of it.

Pictures were released of McGregor standing above a downed Malignaggi, and the former IBF and WBA world champion didn’t take too kindly to it, immediately leaving the McGregor camp and making his grievances known.

“My problem with Conor is his arrogance,” the New Yorker revealed, stating that there was no knockdown in their sparring sessions, only a push. Unimpressed with the seeming disregard for any gym etiquette, he went from helping the Irishman to telling anyone that would listen about his issues.

The debacle has not yet blown over, and today more fuel was added to the fire as another sparring partner, Tiernan Bradley, posted a fairly comprehensive takedown of Malignaggi’s arguments since his exit, stating that McGregor was edging the former champion in the spars they had. However, he didn’t go as far as conclusively saying there was a knockdown, instead teasing with some information.

“As for the ‘knockdown’ itself, you can make your own mind up when the footage is eventually released,” he states.

Bradley is an amateur champion in Ireland with over 100 bouts to his credit, so he knows what he’s looking at in the ring. His blog gives us the most informative rundown of events yet, in lieu of the actual sparring footage surfacing online. That may happen after the fight, but it’s extremely unlikely to make its way on to the internet from Team McGregor before he squares off with Mayweather.

The apparent success Conor has been said to have against a legitimate world class boxer – albeit a retired one – hasn’t done much to sway things in his favour at the bookmakers, with the latest boxing odds having him as a 7/2 outsider, but it seems that more and more people are taking his skills seriously.

Of course, this could all just be more pro-McGregor propaganda from those on the payroll inside his camp, and nothing in the gym matters when it comes to crunch time, only what happens on the night. It does keep the momentum rolling and the press talking though, which is what both men what to pick up their insanely sized cheques come August 26th.

It will be a fight of unprecedented scale, with the promoters hailing it as ‘the biggest fight ever’, and quite possibly the one with the most pre-fight drama in living memory. Let’s hope the action lives up to the hype.