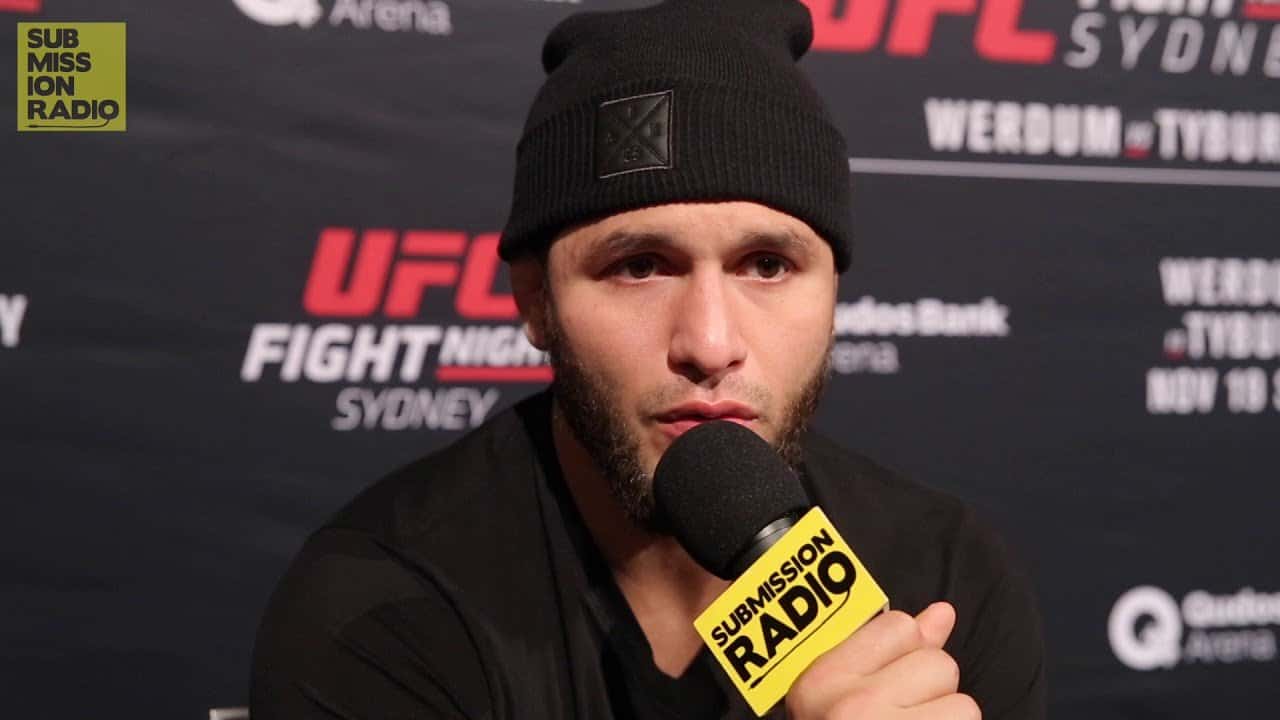 Masvidal was proven to be right.

“Gamebred” recently told Submission Radio that Werdum’s presence in Sydney may lead to trouble for “Chaos”:

“I don’t know. It’s been fun. I think [Colby Covington]’s having fun too. You know, he’s making the best out of it as always. He’s crazy, man. Nah, [he’s not going too far]. Colby’s, Colby. That’s my partner. He’s going to do whatever he wants. He’s not going to definitely listen to me. He’s crazy, man. I actually told him though, right before he left because he was scheduled to do some interviews with the UFC. And I told him, I go, ‘You should watch out.

“If [Fabrico Werdum] said that, he probably would try to do something to you, put his hands on you.’ It’s crazy that it happened shortly after. You know, this was like 20 minutes before that happened. I told him, I was like, ‘Hey, be ready just in case something happens.’”

Werdum has been slapped with a summons for Dec. 13 to appear in court in Australia to answer charges of assault which were filed by the UFC welterweight. The former UFC heavyweight champ was caught on tape throwing a boomerang at Covington and there is word of security footage which allegedly caught more of the confrontation, which has been provided to authorities in Sydney.

New South Wales Police took to Facebook to confirm that they were looking into the incident:

“A man will face court after he allegedly assaulted a man with a boomerang yesterday.About 1.30pm (Thursday 16 November 2017), a 40-year-old man and a 29-year-old man became involved in an altercation outside a hotel on George Street, Sydney.The incident escalated when the 40-year-old man allegedly threw a bag containing the boomerang at the other man, which hit him in the neck.Officers from Sydney City Local Area Command were later alerted to the incident and commenced investigations.

Following inquiries, a 40-year-old man was issued with a Field Court Attendance Notice for common assault. He is expected to appear at Downing Centre Local Court on Wednesday 13 December 2017.

The UFC released a statement via MMAjunkie in relation to the matter, which you can read below:

“UFC was made aware of the altercation between Fabricio Werdum and Colby Covington at the organization’s host hotel in Sydney, Australia. The organization will conduct a full investigation to determine if the Athlete Conduct Policy was violated before taking any further action on this matter.”

It appears highly unlikely that the promotion will take any action until the conclusion of Werdum’s heavyweight bout against Marcin Tybura this weekend.

Masvidal, while claiming that he was happy not to be a part of the controversy, defended his teammate claiming “Colby is Colby”. The welterweight contender has certainly taken his trash talk game to epic proportions, earning the collective disdain of Brazil and targeting a number of fighters including former UFC light heavyweight champion Jon Jones, Conor McGregor, UFC welterweight champion Tyron Woodley, to name a few.

Masvidal was somewhat amused at the incident, especially given the role the boomerang played in the episode:

“I’ve never seen a boomerang get involved in the action,” Masvidal said in response to the incident. “This was my introduction to Australian street fights. It’s crazy because I don’t want to start more bad press for my sport and get fines and things, so in a way I’m glad I’m not there. I don’t want to be a part of the chaos.

“I’m not going to run form it. If there’s a fight and somebody’s picking it with me, that’s what I love to do so f*ck it, I might have to do a free one here and there but I don’t want to. I don’t want to get in trouble. I don’t want no extra negative media on me. Colby is Colby, man – he’s on a different vibe. He’s got different plans, man. I don’t tell him what to do when it comes to that type of stuff. He’ll listen to me, but at the end of the day, that dude’s crazy man. He’s going to do what he wants to do.”