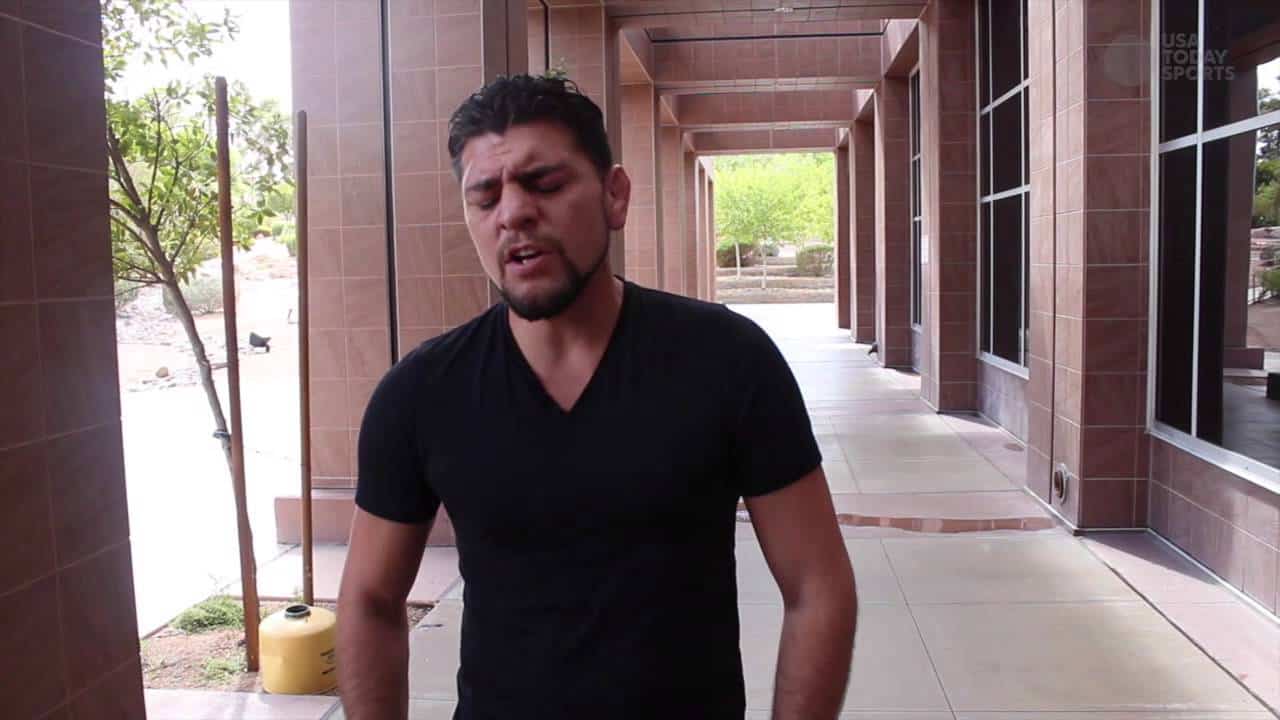 When Nick Diaz left the octagon following his bout with Anderson Silva at UFC 183, who knew that would be the last fans would see of the legendary fighter?

Diaz has always been a tremendously popular fighter among fans.

The elder of Stockton’s own Diaz Brothers, Nick had recently in an amusing bout with Anderson Silva in January 2015 when he was flagged for a failed drug test. Rather than showing any trace of steroids or other performance enhancing drugs, it was confirmed that Diaz had been sanctioned for traces of marijuana.

It was no secret that both Diaz brothers were considerable advocates of marijuana. Both men had been open and to the point about their use of the recreational drug for various reasons. In a sport which had been plagued with steroid and PED use throughout the years, many had failed to see how weed could be classed among drugs which would actively increase performance. Regardless, Diaz was brought before the Nevada State Athletic Commission to answer for the positive test.

It appeared, however, that The Nevada Athletic Commission was tired of Nick Diaz. In completely unexpected and shocking scenes, the NAC handed down a ridiculous five-year suspension and fined Diaz $165,000 of his $500,000 UFC 183 fight purse. The substantiation behind the decision was based upon Diaz having tested positive for marijuana use in 2007 and 2012 in Nevada (via MMAfighting):

“We had an athlete that came before us in 2007 and he promised, ‘I’m not going to do this ever again,”‘ commissioner Pat Lundvall said. “Then we saw him again in 2012, and we know that he failed to show for a drug test then in 2009. We’re now in 2015, and it doesn’t appear that any of these proceedings have had an impact on the athlete, and it doesn’t appear that the athlete is afforded the respect that this commission and the opportunity and the privilege for him to fight in the state then affords.”

While fans and commentators expressed their incredulity at the severity of the punishment, Diaz opened up after the hearing on what the decision would mean for him and his brother:

Every other fighter has a life on the side. I’ve never had another job. I didn’t graduate eighth grade. I could have, but I got into too many fights in middle school.

My mom and dad taught me nothing but ABCs. I was moved from school to school, put on drugs and made fun of by classmates because after being disruptive in class the teachers would always tell the other kids I was on meds and sometimes don’t take them.

That’s fucked up. You don’t know what that does to someone. I wanted to beat up everyone in class, even the girls who would say things like, ‘What’s wrong? You didn’t take your medication?’

I had to get inter-district agreements to stay in the same school because my mom would lose her house and I’d have to move in with my grandparents in Lodi.

You know what it’s like to move into a preppy Lodi school after being in a ghetto Stockton school with black and Asian kids?

They would try to get me kicked out and put me on drugs. My sixth-grade class was the first school responsible for imposing all of the mandatory outfits for kids. There was no one like me there when I got in the high school. I would get in fights with kids from that same school and get kicked out of high school…