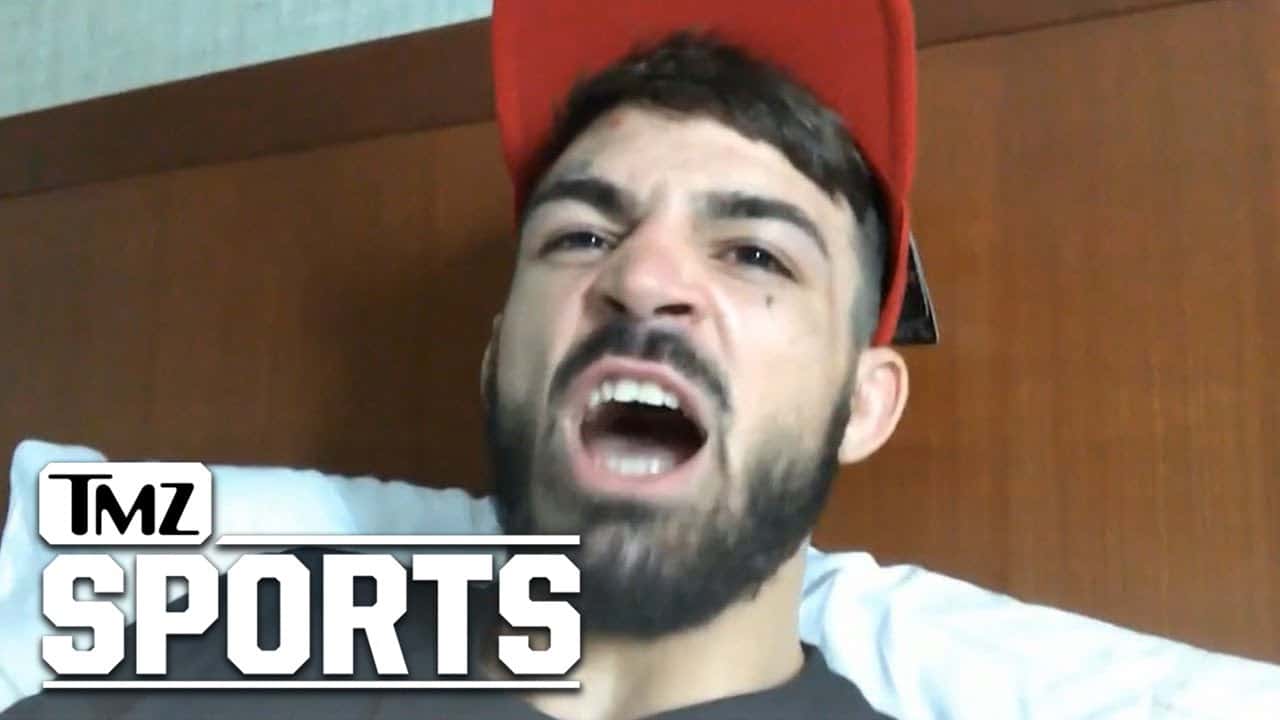 Perry continued his impressive run in the promotion on Saturday night with a  first-round knockout over Alex Reyes at UFC Fight Night 116. Things could have been much different for Perry, however.

The 26-year-old was involved in a car accident on May 25th, when he was stopped at a stoplight. Waiting to turn, his vehicle was rear-ended hard which Perry claims led to him suffering two herniated discs and frequent headaches. What’s more, Perry allegedly “ingested a piece of metal” in the accident:

“Something happened in the car accident and I possibly ingested a piece of metal,” Perry said Monday on The MMA Hour. “And I didn’t know about it for a couple of days. I was going to training and I had a friend of mine pressing me up against the fence, and he put his shoulder in my stomach and he pressed in, and he’s like 6’4” or 6’5”, so when he really leaned in, he’s got good leverage, and I didn’t think nothing of it — there was just this sharp pain in my stomach. And I just pulled guard and went to the ground, and I was like, ‘Wow, man, good job, dude, that was a lot of pressure, that took a lot of energy out of me.’”

It was apparent that there was a problem which may have initially eluded the 26-year-old knockout artist:

“I was dying on the inside,” Perry said. “I went to the doctor the next day, or the day after, and they ran some tests and stuff like that, and they were like, ‘Did you eat a coin? Did you eat something? Did you ingest a piece of metal or something?’ And I was vomiting blood for a couple of days, and I had to go get [a procedure done where] they stick a camera down your throat to see what’s going on. I beat up my insides with that piece of metal, it cut me up and stuff, and it just took awhile to really get back to eating food, and my weight was low because I just didn’t have an appetite because of all the pain that I went through. It was pretty severe. It’s wild that as healthy as I am and as I was, and all the exercise and all the clean eating, just like, that I almost didn’t make it. That’s how I felt.”

“I really didn’t think I was going to make it, man. I was dying. Literally dying.”

“Accidents are tricky, man,” Perry said. “Something like that, especially a tough guy like me, I’m feeling pain … it was a mix of a piece of metal in my stomach and a herniated discs in my back causing nausea, and I couldn’t decipher the two until they told me about both. And then I started realizing the differences in my body between back and stomach where the pain was really coming from, and it was coming from both places.”

Perry is a controversial figure in the UFC but one who is without question a serious talent. As is quite the standard these days for most fighters, the name of Conor McGregor is rarely far from the lips of those looking to get their names into the spotlight.

Speaking to TMZ Sports recently, Perry opened up on how he sees a bout with McGregor ending:

“I don’t know if he would ever step up and fight a real welterweight, but I definitely believe that I would win that fight”, Perry said.

“I’ll fight McGregor in Ireland, wassup?! In Dublin, wassup?! Quote me on that. You’ll do fuckin’ nothin’ you fuckin’ prick! Once I put these hands on you boy, I’ll strangle you in two seconds. Get me pot o’ gold, follow the rainbow, lucky charms.”

Perry did also reveal that his dream fight was against boxing superstar, Floyd Mayweather Jr.:

“My dream fight is the one that McGregor just got”, he said.

“But Mayweather is retired now, so the dream fight now is the McGregor fight.”

While Perry is certainly a candidate for a future champion in the promotion, it is highly unlikely that he will ever land a fight with McGregor.