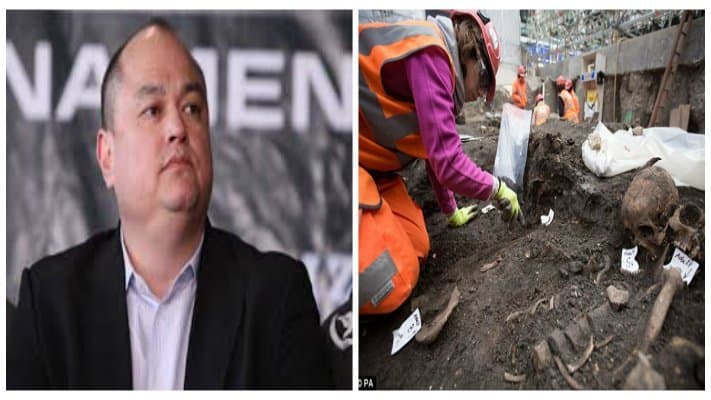 Bellator President Scott Coker will allegedly begin an excavation of an ancient burial ground in order to find new fighters. Having promoted fights between mixed martial artists well-past their sell-by date, Coker is set to raid the graves of fighters who perished hundreds of years ago to offer them a contract with the California-based MMA outfit

Emilianenko, who is still a legend in the eyes of many fans who were probably not alive in his prime, won the bout against Mir by stoppage. Those who have argued that Mir simply went to the ground to the get the fight over with – and back to his nursing home before curfew – are obviously some weird kind of conspiracy theorists, however. The man affectionately known as “The Last Emperor” will now advance to the semi-finals of the Heavyweight Grand Prix where he will meet former UFC trash-talking legend, Chael Sonnen.

The Problem with Old Age

While many MMA fans enjoy the novelty of watching fighters such as Emelianenko and Sonnen go at it in their twilight years, a lesser number believe it represents much of a fight. Danny Dirkus, who covered the fight from the Rosemount, IL for MMAFullContact.com, argued that while the occasion was big, the fight itself was a disappointment:

“There was an air of electricity in the Allstate Arena on Saturday, April 28. Fedor Emelianenko, the Russian MMA legend, was regarded as one of the greatest heavyweights the sport has ever seen,” Dirkus said in his report. “At 62 years old (I think), he is merely a shadow of his former self. Watching the legend fight was pretty cool from the perspective of a fan, but as the 59-year-old Mir dropped to the canvas, assumingly looking for his contact lenses and false teeth, the atmosphere turned melancholic.

“Mir, a former UFC champion, was heard to be asking ‘where the bathroom’ was as ‘needed to pass wind in a suitable environment’. Unfortunately for Mir, Emelianenko’s quick reactions for his age (it took him an incredibly fast three minutes to notice an opening) was the catalyst for ending the fight.

“The problem with old age inside the cage is that it makes a fight look pretty sh*t.”

One ridiculous rumor which came from some guy at the back of a local liquor store on Monday was that Coker was set to go to new lengths to find more faded fighters to sign. Frank Linus, who asked not to be named for privacy reasons, told MMAFullContact that he knew the cousin of a friend who washes the sister of Scott Coker’s attorney’s neighbor’s car. According to the “scoop,” Coker was looking at ‘scouring’ local nursing homes to find new fighters:

“Yeah, erm, don’t name me or nothing, but I have some absolutely incredible news that I will sell to y’all for 5 dollars,” Linus said while slipping an ice cold beer into his pants. “So, yeah, that guy I know said that Bellator and their president, Scott Cola, is visiting local nursing homes to find new fighters.

“The crazy thing is, man… yo, get this. The Bellator guy [Coker] knows that not all these old dudes are fighters, so he sneaks in at night and turns the TV’s to Bellator fights. He then brainwashes these old dudes to kick the sh*t out of one another and then offers the winner a ten fight contract for millions of dollars.”

According to an email from a guy who referred to himself as “Danny Whitey,” Coker has already started the ‘excavation of an ancient burial ground in Mongolia’ in order to dig up the remains of ‘dead warriors’ in order to sign them to Bellator. Whitey also added that “Scott can never beat the UFC” and “that handsome, super-awesome, legendary and special Dana White”.

“Man, Scott has no Conor, no Khabib, no Demetrious Johnson… he is basically putting old men who know better inside the cage. I mean, in this day and age he is scraping the barrel and charging fans big money for the privilege of watching guys who their grandma’s dated in school. It’s just wrong.”