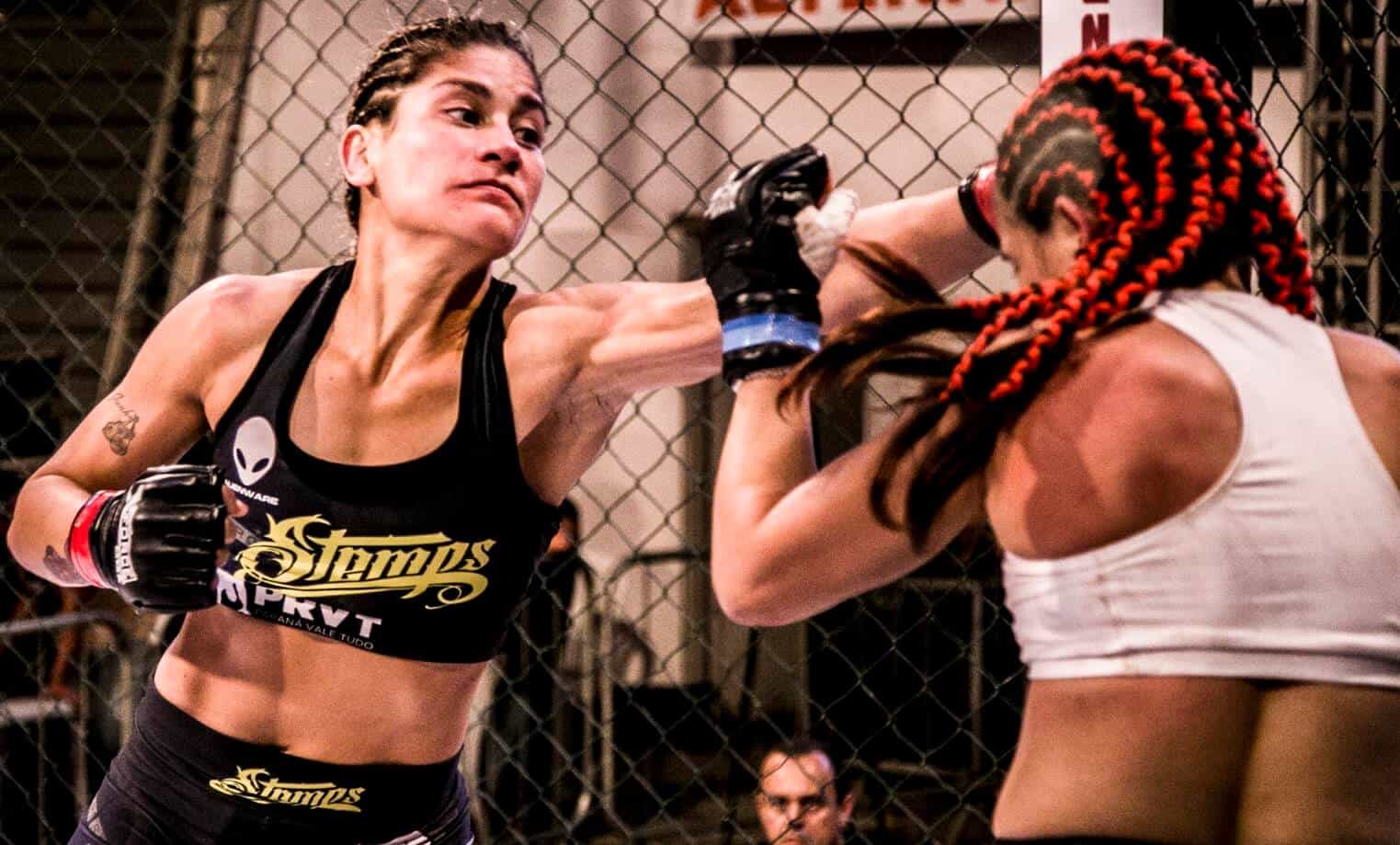 For Cachoeira, things could have been very different.

The Brazilian fighter will face former UFC women’s bantamweight title challenger Valentina Shevchenko following a remarkable turnaround in her life. Cachoeira remembers a time when life was seemingly slipping away from her in the darkest circumstances possible:

“A series of things hurt me inside,” Cachoeira said, via MMAFighting. “I was mistreated by my father, he said I wasn’t his daughter, he did things to hurt me. The funny thing is that I still had him as an idol.

“I played volleyball for Fluminense, but I was stabbed in the back and removed from the team. In between those two things, I was molested by someone who was a member of the family back then, my brother-in-law. And then I caught my boyfriend cheating on me.”

The young Cachoeira’s love of volleyball was taken away from her, which in turn led her down a dark path:

“I started going to parties every day and met people that used drugs,” Cachoeira said. “My life changed, I dropped studies and sports and started sleeping during the day and partying every night. That’s how I started using ‘loló’ (a blend of chloroform and ether), marijuana, cocaine and crack.

“I spent a long time using crack, more than three years,” she continued. “My biceps were the size of my wrist. Crack almost killed me. I prayed for a way out, I wanted to stop. I knew I was dying, I knew I was killing myself, but I couldn’t stop. My body kept asking for more drugs, and I couldn’t control myself.”

When her mother was giving her money to buy drugs in order to prevent her from finding money in other ways, Cachoeira believed that she was enabling her addiction:

“I thought she was being an accomplice in my drug addiction,” Cachoeira said, “but I understand now that she was giving me money so I wouldn’t get to the point of prostituting or stealing things. I didn’t go that far.

“My vision was blurry, I was disoriented. I wanted to leave. I looked at the door and I saw a light, I saw that someone was coming in my direction. I recognized the dress and said, ‘It’s my mother.’ The other junkies left, scared, and I wanted to leave as well because I thought she would beat me.

“She avoided the traps we set up for cops and said, ‘Let’s go home.’ She gave me a hug and we started crying. The junkies came back, applauding her, saying, ‘I wish I had a mom like yours. Don’t you ever come back here.’ I left that place and never came back. I was rescued that day.”

Sensing that sport was the way to beat her demons, Cachoeira decided to join a Muay Thai gym and things gradually progressed from there:

“The drugs were getting out of my body through my sweat,” she said. “I had setbacks and used drugs again, I confess, but my willpower was bigger. When I realized I was talented for fighting, I decided I wanted to do something for myself.”

Having only made her MMA debut in 2016, Cachoeira’s remarkable rise is incredible, all things considered:

“I was getting beat up so much in the first round that I thought about quitting,” Cachoeira said of her first fight, “but then I heard her voice: ‘Don’t give up, my daughter.’ I didn’t quit, and I started fighting like a maniac. One punch landed flush, and my opponent looked back at me, and I knew I had her respect. I started to hunt her down and won the fight.

“My past, this dark shadow from the past, is what made me get so fast to the UFC. This past gives me strength to enter the cage and do my best.”