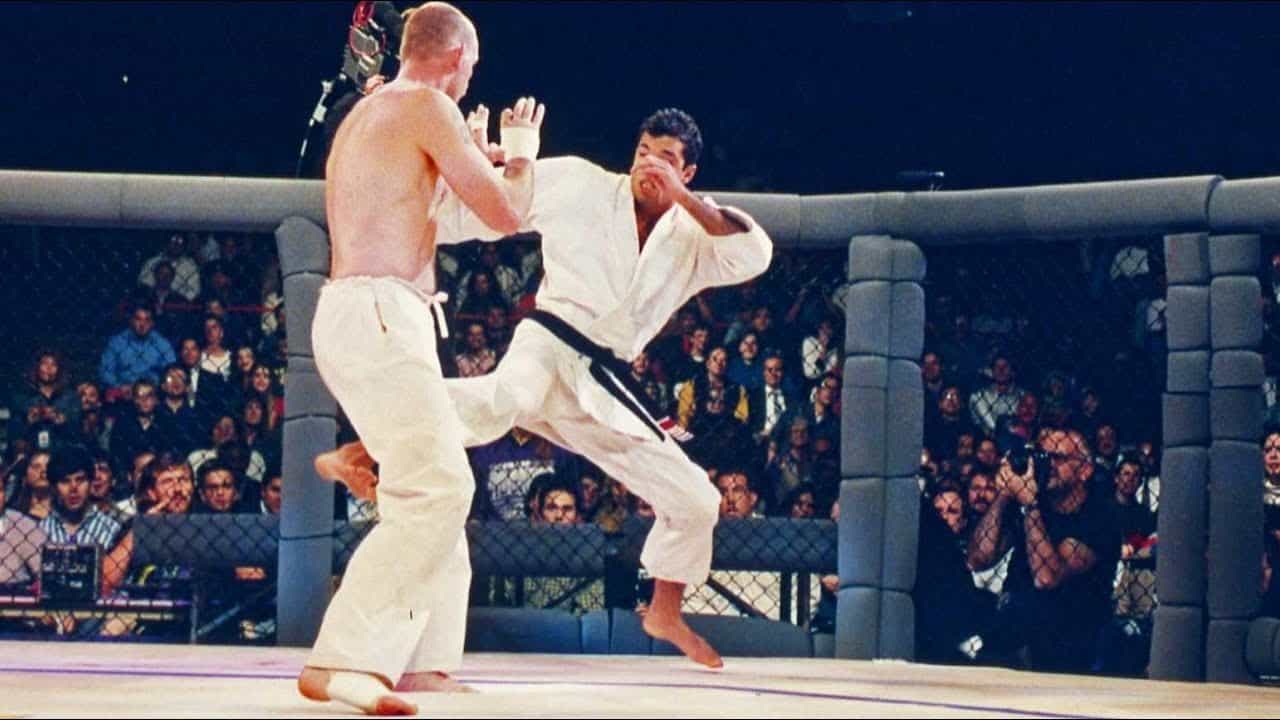 From all the way back to the Ultimate Fighting Championship’s inaugural event, the art of the submission has played a huge part in MMA

Royce Gracie’s game changing dominance at UFC 1 essentially changed things forever and struck fear into the hearts of fighters who believed that they could simply survive and achieve on their feet.

While the majority of fighters had entered the first UFC event believing that they had the most superior fighting style, by the end, jaws were dropped and heads were bowed. Both strikers and wrestlers were given the option to continue suffering or adapt, with the necessity of learning to protect their necks, arms, and legs from the constrictive and insidious nature of opponents who were disciplined in Brazilan Jiu Jitsu. If the threat of suffering a snapped limb, having a joint destroyed or being put to sleep on the mat was not enough, being absolutely dominated by a skilled ground fighter such as Gracie soon inspired fighters to train in BJJ until it became the absolute necessity it is today.

In the list below, we take a look at the 5 greatest submission victories in MMA history.

Ryo Chonan is credited with one of the greatest submission victories in history when just over 3 mins into the third round, he locked a Flying Scissor Heel Hook on MMA legend Anderson “The Spider” Silva.

Chonan, a Japanese MMA fighter with a 6-3 record was invited to Pride following a moderately successful run. In his 3rd Pride fight, Chonan was still relatively unknown.

Silva had earned his invitation to Pride following a run of 8-1 in Brazilian Vale Tudo. In his first bout under the Pride banner, he destroyed the eyebrow of Alex Steibling’s and topped that with a flying knee KO in his third fight. He was 4-1 in Pride heading into the bout with Chonan.

Leonard Garcia and Chan Sung Jung locked horns in a rematch of their awesome brawl in 2010. Jung, making his official UFC debut following fights in WEC, pulled off an incredible twister.

MMA great Fedor Emelianenko taps out to Werdum in a memorable armbar victory for the man in Strikeforce, who would later reign over the UFC’s heavyweight division.

UFC legend and record holder for most title defences in the promotion’s history, Anderson Silva, makes this list for the second time (albeit as the winner in his second entry). Chael Sonnen was so close to upsetting Anderson Silva but fell at the very last hurdle. UFC President Dana White stated after the fight, “these are the fights that make legends.”

At 3:38 of the first round, “Big Nog” tapped out suffering a horribly broken shoulder following a kimura. Mir later commented:

“Now I’m the first person to knock him out, and the first person to submit him… I was stunned… he caught me… I kept flat, chest-heavy, and was able to break it… patience, I train a lot with Mike Whitehead… it really is about the finesse of waiting for something to happen, in the past I would rush things and I would lose it… I honestly hope that Nogueira is okay, I idolize him, at our size this is the game you play.”

Referee Herb Dean gave his two cents on why the fight should have been stopped:

“In my mind, I was hoping that he would tap,” Dean told the Sherdog Radio Network’s “It’s Time!” show with Bruce Buffer. “Like, ‘Please, please make this easy for me. That looks like it’s on.’ I definitely [had a] heightened awareness at that time. I was really focused on that arm. But that’s how Antonio became who he is — he didn’t get there by giving up. That guy’s done things that everyone thought was impossible time and time again because he never gives up.”