Conor McGregor is undoubtedly the most famous Mixed Martial Artist of all time.

Having made history at Madison Square Graden in November 2016 by becoming the first UFC fighter to hold two belts in separate classes at the same time, "The Notorious" has solidified his status as number 1 in the fight game. The brash and braggadocious Irishman has not always endeared himself to fans and peers alike due to his extravagance and propensity to flaunt his wealth, but the trajectory of his career continues to instill a sense of entitlement in the mind of the UFC's crown jewel.

The Early Days of "The Notorious" Conor McGregor

Conor Anthony McGregor was born in Dublin, Ireland on July 14, 1988, to Tony and Margaret McGregor. As a youth, the future Mixed Martial Arts phenomenon developed a taste for playing Gaelic Football and Soccer, eventually wandering into his local boxing gym in Crumlin, Dublin.

McGregor was said to have entered the gym still wearing his football boots and was immediately enthralled with the atmosphere and allure of the ring and punch bags. McGregor, having suffered the wrath of bullies in his South Dublin neighborhood, took up boxing as a means to defend himself. The young fighter admitted in the past that he was so scared walking back and forth to school that he used to carry weapons in his schoolbag, such as bars and bricks.

The young boxer was not long after bitten by the bug of Mixed Martial Arts and began training in multiple disciplines. The decision to make a move into MMA from boxing was not supported by his coaches at his local boxing gym, but McGregor would soon prove to everyone that he was a natural.

Conor McGregor made his Mixed Martial Arts debut on Feb. 17, 2007, at just 18 years old against Kieran Campbell in an Irish MMA promotion "Ring of Truth". McGregor won the fight by first-round TKO and signed to the promotion as a professional Mixed Martial Artist. Not long after, McGregor began training under SBG Ireland head coach John Kavanagh.

He quickly rose to prominence, winning both the Cage Warriors Featherweight and Lightweight Championships.

Conor McGregor's Introduction to the UFC

Conor McGregor introduced himself to the UFC on April 6, 2013, against Marcus Brimmage in a featherweight contest in Stockholm, Sweden. McGregor won by first-round knockout, exclaiming "Dana [White]...60 g's, baby!" which was a reference to UFC President Dana White regarding what McGregor believed to be a performance worthy of a knockout bonus. The Irishman was right, as he earned the "Knockout of the Night" and subsequently received the financial bonus.

He proceeded to win his first six fights in the organization. His record-breaking performance earned him a title shot against Jose Aldo at UFC 194, which he won by knockout in just 13 seconds. Since then, McGregor has become one of the biggest stars in the UFC, with several successful title defenses and record-breaking pay-per-view sales.

McGregor would subsequently tear through the division, earning himself a shot at Jose Aldo's featherweight crown at UFC 194 in December 2015. While the majority of pundits backed Aldo, McGregor knocked the ten-years unbeaten champion out in just 13 seconds and saw his stock skyrocket overnight. McGregor would subsequently go on to smash all pay-per-view records in the UFC as a result.

While the majority of observers felt that the 10-year-unbeaten Aldo was simply a class above, "The Notorious" silenced his critics with a thunderous left cross which left the Brazilian legend flat out on the canvas. The sight of McGregor hammer-fisting a man who had been the only featherweight champion in the history of the promotion - a man who had sat atop of the UFC's pound-for-pound list - took much longer than 13 seconds for most to process.

McGregor's rise was truly meteoric. Following the demolition of "Scarface", McGregor focused his attention on the UFC's lightweight title. Given the phenomenal self-promotion and pay-per-view sales that the Dublin-native had accumulated for the promotion, he was pretty much given the carte blanche to do what he wanted. When it was announced that the Irishman would face off against the formidable Rafael Dos Anjos at UFC 196, McGregor's star was set to rise even higher.

Dos Anjos pulled out of the encounter with McGregor with injury, which meant that the Irishman would see his dream of capturing the UFC's 155-pound strap put on the back burner. Stockton's own Nate Diaz filled in for Dos Anjos at UFC 196 and shocked many by submitting the Irishman in the second round. The rematch was set for UFC 202 in August 2016 - McGregor narrowly scraped past Diaz in one of the greatest bouts ever seen in the UFC.

Conor entered the record books in Nov. 2016 as the first fighter in UFC history to reign over two separate weight classes at the same time. His popularity skyrocketed and he was able to consistently draw massive crowds and PPV figures. Conor holds 5 out of the top 10 pay-per-view buys of all time for UFC events. These are:

McGregor is set to treble his earnings from his upcoming boxing bout with ring legend Floyd Mayweather Jr. on Aug. 26, with Forbes estimating that the SBG Ireland star pupil will rake in somewhere in the region of $75 million from the bout. In comparison to McGregor's earnings over his last four UFC py-per-view bouts, this figure would represent an enormous jump in revenue for the promotion's current lightweight champion.

McGregor's task in beating Mayweather, however lucrative, will undoubtedly be the toughest of his career. The boxing legend known as "Money" has amassed a peerless modern-times record of 49 wins from 49 fights and is widely backed to beat the Irishman with relative ease. Mayweather, 40, returns to the ring following a two-year absence due to his retirement having beaten Andre Berto in what was said to be the final fight of his career.

The "Money Fight" is set to be one of the most lucrative and hyped sporting events in history, with projected figures putting the potential revenue made close to the highest grossing bout in history. That fight, of course, was 2015's Mayweather vs. Pacquiao bout.

According to ESPN, those figures are as follows:

The pair first met at UFC 178 in September 2014, with McGregor winning by TKO in the first round.

They met again at UFC 257 in January 2021, with Poirier winning by knockout in the second round.

The third fight took place at UFC 264 on July 10, 2021, at the T-Mobile Arena in Las Vegas, Nevada. Poirer won via first-round TKO due to a doctor’s stoppage. McGregor's loss to Dustin Poirier in July 2021 was only his fourth UFC fight since 2016. Conor banked an estimated $33 million for the 3rd Poirier fight.

Conor McGregor Outside the UFC

In addition to his fighting career, McGregor has also ventured into business, with ownership stakes in various companies including a clothing line and a whiskey brand. He has also been involved in several high-profile philanthropic endeavors, including a donation to an Irish children's hospital.

It is no secret that McGregor is a proud family man and has two sisters named Erin and Aoife. Fiercely loyal and family-oriented, McGregor announced the birth of his firstborn child, a boy named Conor, with long-term partner Dee Devlin in 2017. McGregor has credited his girlfriend, Devlin, as having a massive impact on his ability to ascend to a high level of competence in Mixed Martial Arts, as she financially supported "The Notorious" while he gave up work as a plumber to focus on MMA.

McGregor is not shy when it comes to spending and has a love of expensive supercars and high-class motors. Among the UFC lightweight champion's haul of vehicles are a $310,000 custom-made Rolls Royce Ghost, a McLaren 650s sports car with an estimated value of $220,000, and a Rolls Royce Dawn worth over a whopping $320,000. In addition to his wealth of vehicles, McGregor owns a BMW i8 and a Cadillac Escalade amongst others.

McGregor also owns a $2,400,000 mansion on the grounds of the prestigious "K Club" in Kildare, Ireland.

McGregor's allure and mass appeal have made him the highest-paid athlete in MMA. The Dublin, Ireland native occupies the 24th spot on Forbes' 2017 list of the highest-paid athletes. The 29-year-old's net worth is believed to be somewhere in the region of $34 million, which includes a haul of circa $27 million in career earnings with a further $7 million in endorsements and sponsorship.

According to Forbes, as of June 2022, Conor McGregor has a net worth of $43 million.

Proximo Spirits bought Conor's stake in April 2021 for an estimated $150 million. Conor remains a minority shareholder in the brand. Conor McGregor “The King has Returned” Can Cooler 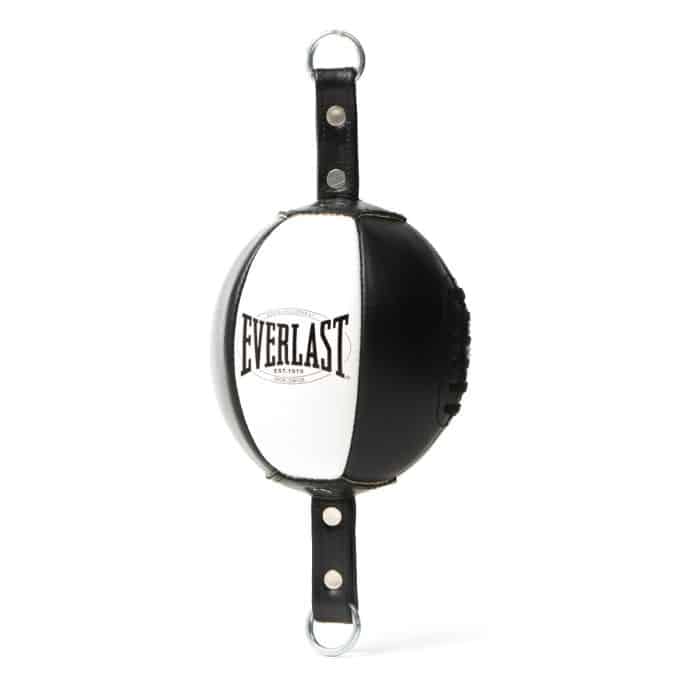 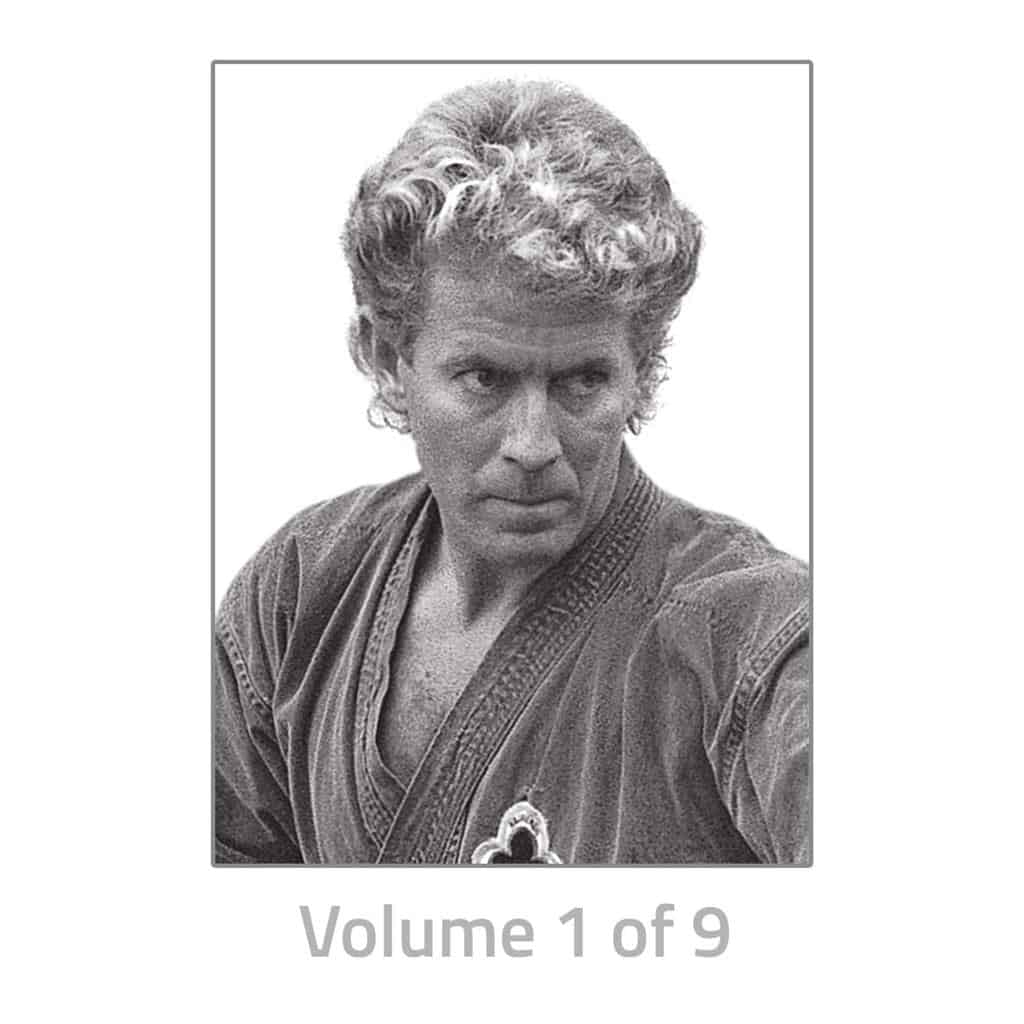 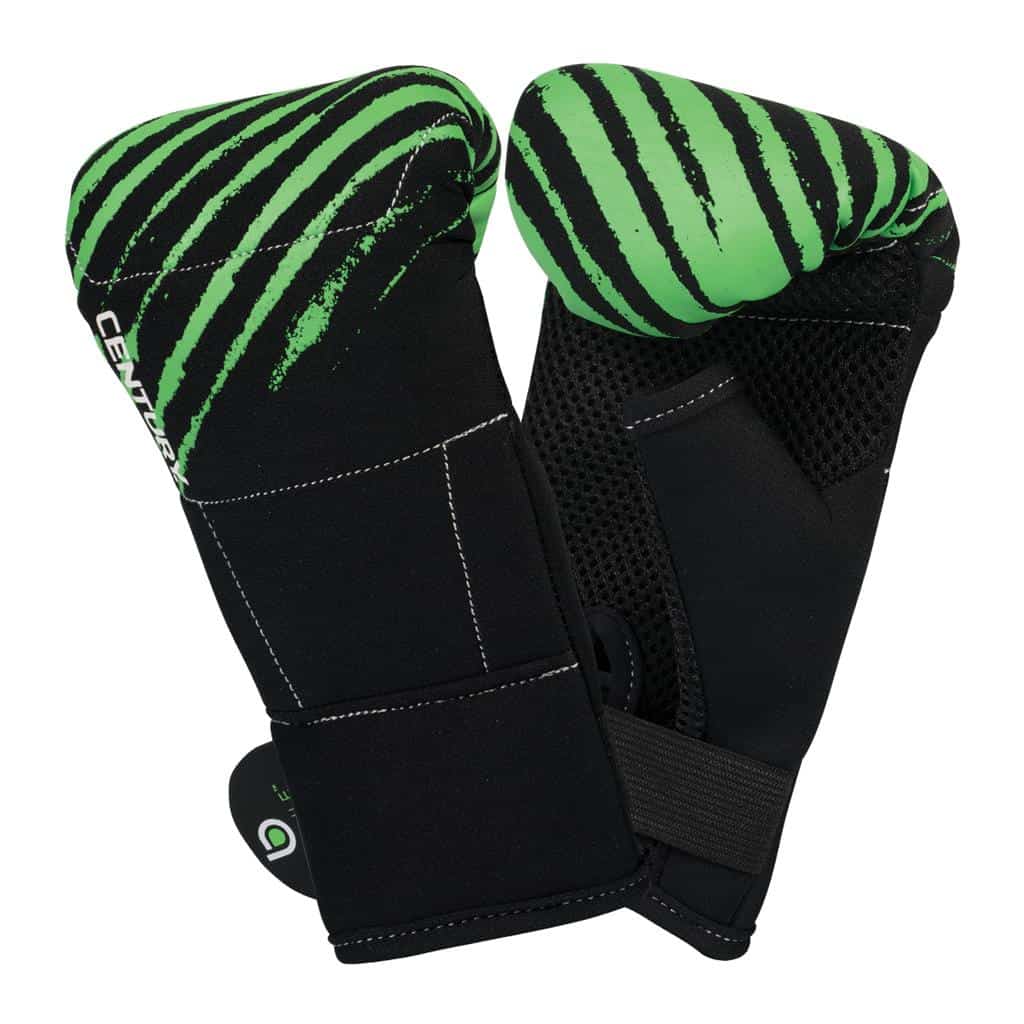 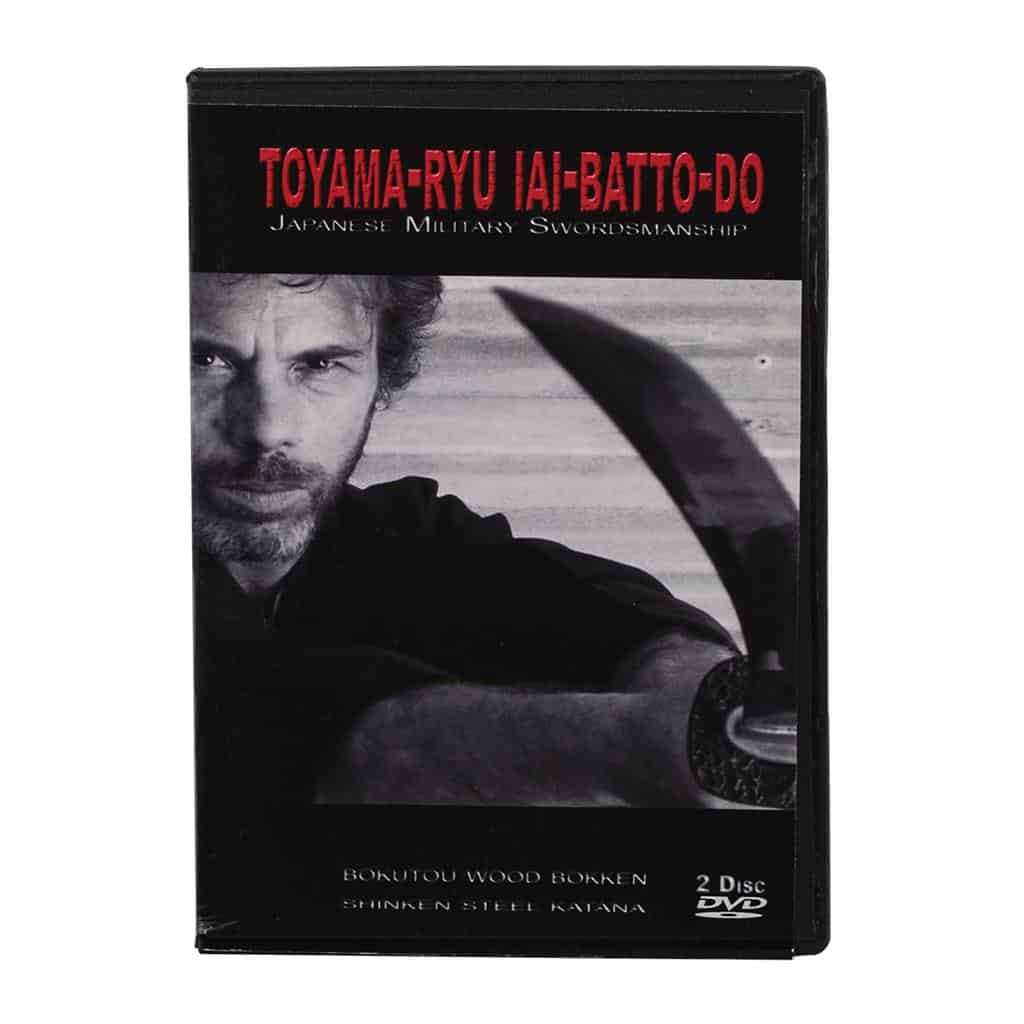 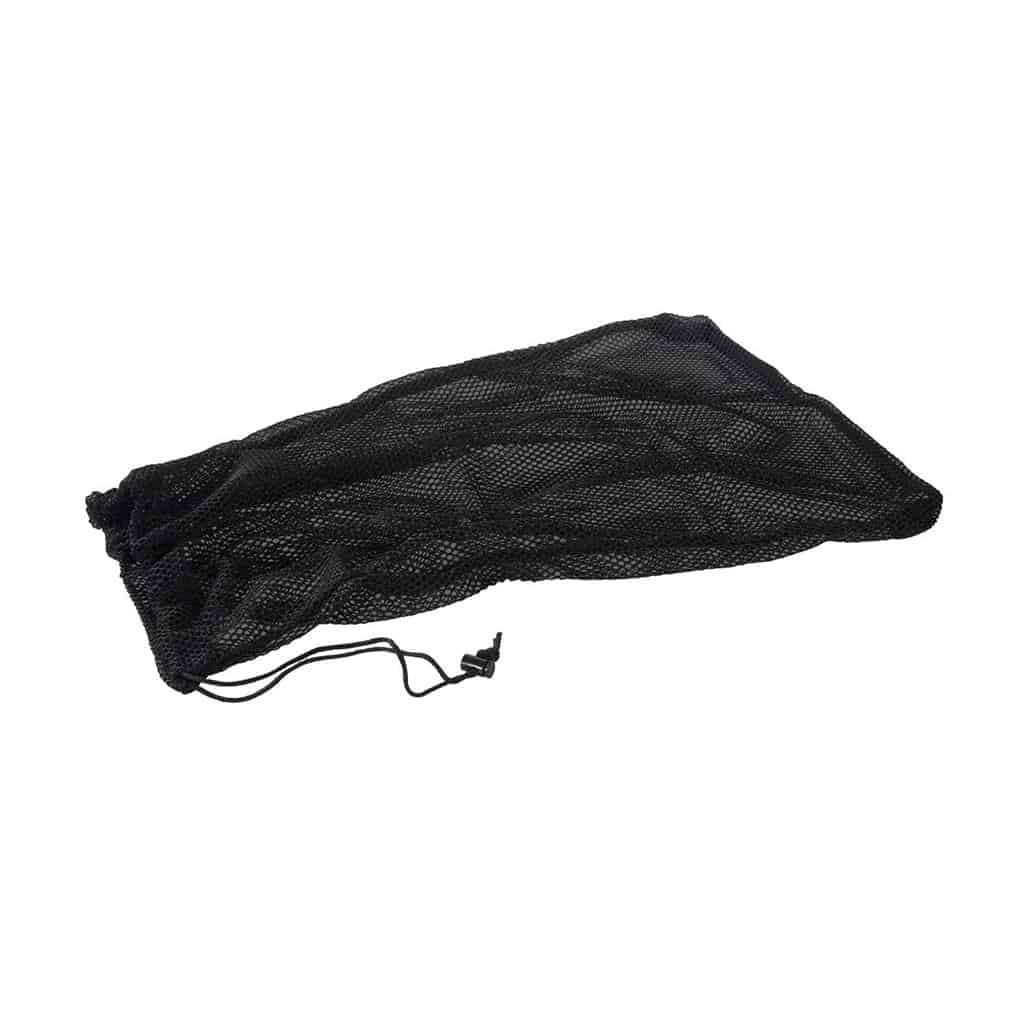