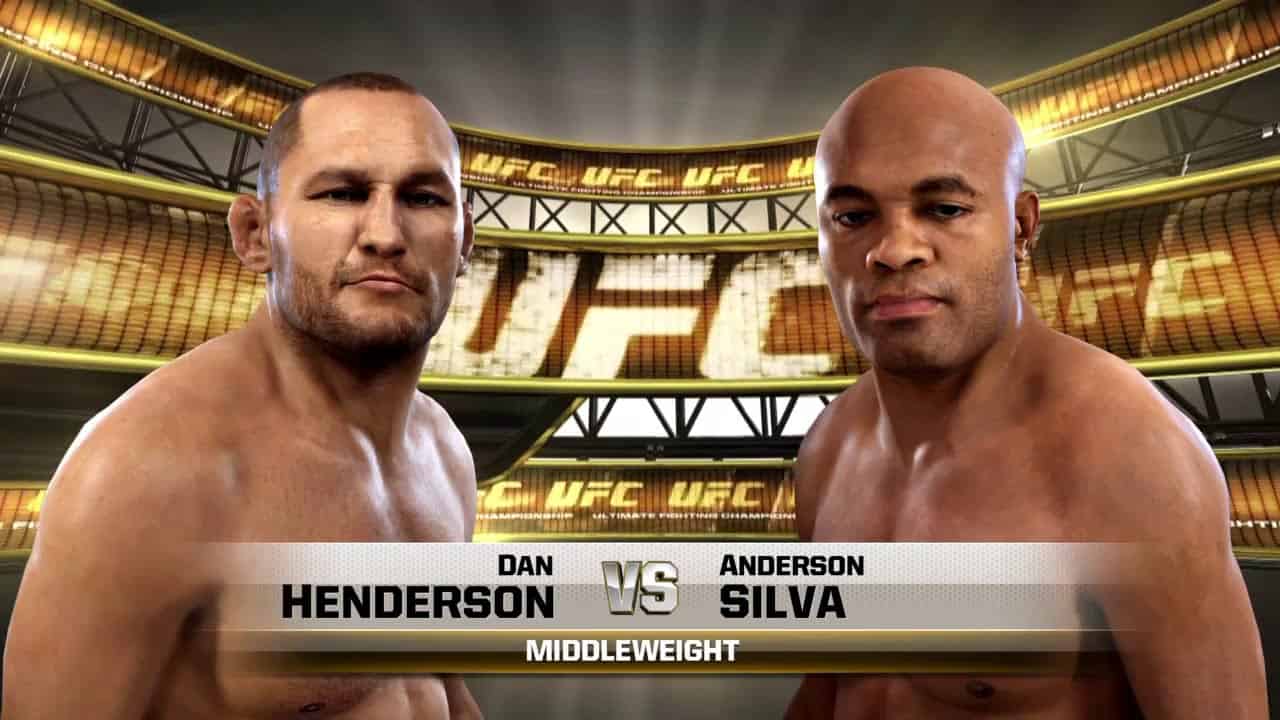 Henderson, Pride’s champion and Anderson Silva, UFC champion step into the right to unify the title.  You hve to give the advantage to the guy that lives in the octagon as opposed to the one that fights amongst the ropes, but only slight as Henderson has an excellent record.

Henderson comes out wanting to touch gloves and Silva does not oblige.  They are defintiely sizing each other up as the first minute has nothing , not a single jab.  Henderson strikes first and lands a right hand, Silva returns with a leg kick.  Silva throws a few more kicks, but they are blocked.

Henderson clenches Silva and gets the takedown.  Henderson pounds a few hammer fists to the side of Silva’shead, but that is all that Silva allows Henderson to do.  Henderson remains on top, Silva continues to tie up Henderson only allowing the occassional hammer fist.  Getting side control for a few moments, Henderson can’t do much with it and the round comes to a close apparently a win for Henderson for round 1.

Anderson “The Spider” Silva seems to know he lost the first as he shows a bit more spunk in round 2.  Throwing a few leg kicks, Silva does end up on top of Henderson (not really a takedown though).  Back up and against the octagon fencing, Henderson throws knees to the thighs of SIlva.

Silva lands some big knees and Henderson is in trouble.  Henderson falls to the ground on all fours, and Silva mounts.  Henderson tried to recoop while in full guard.  Silva ultimately gets Henderson’s back.  Henderson is just trying to get through the round.  But Silva gets the choke from behind and with 10 seconds left in the round, Henderson has to tap!

Once again Silva shows his versitile skills and comes out with a victory.