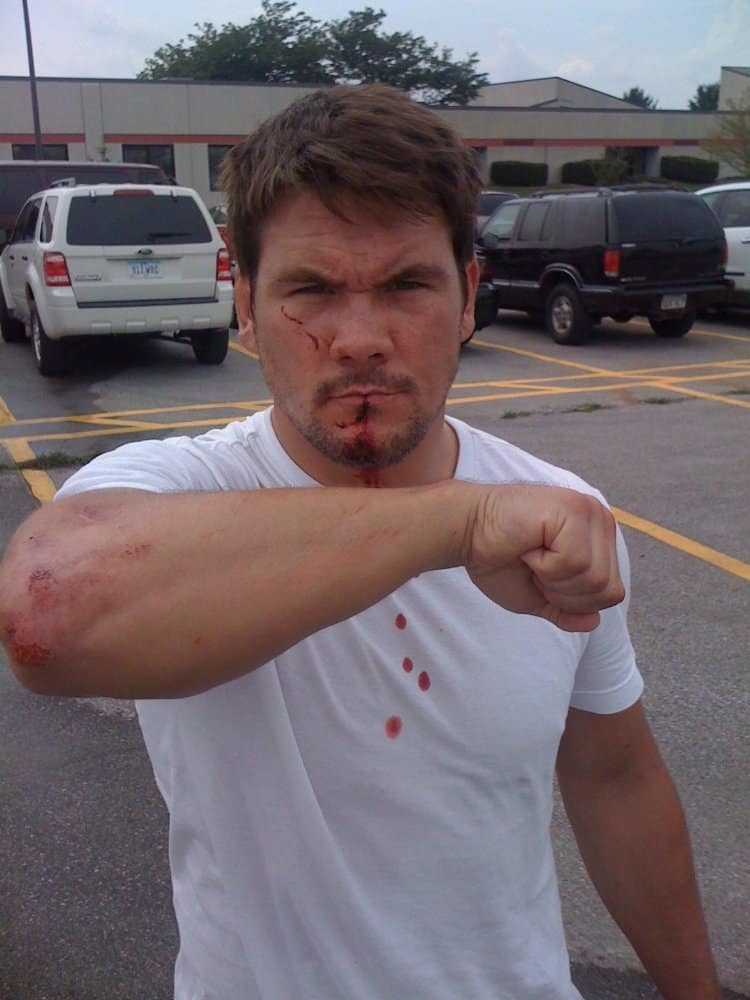 This was the postcard fight to the Silva vs Irvin blowout fight and these guys were active.  Standing up the entrie fight these two were striking constantly.

There isn’t much to say here though because of how the fight went.  Both fighters exchanged strikes both kicks and fists.  Clean shots from both fighter took up the entire first minute of the round and kept it very exciting.

Brodie Farber caught Markham with a few clean shots at about 1 minute, 15 seconds into the round and had him on the defensive.  However, Markham kept his cool as he backed up away from additional damage from Farber.  He looked hurt, but kept on his feet.

Then, a step back and one swift kick from Markham landed right on the neck and sie of the head of Farber and he dropt like a tree.  Markham simply walked away as he knew Brodie Farber was not going to be standing back up from that blow.  He was right!  Knockout Rory Markham.