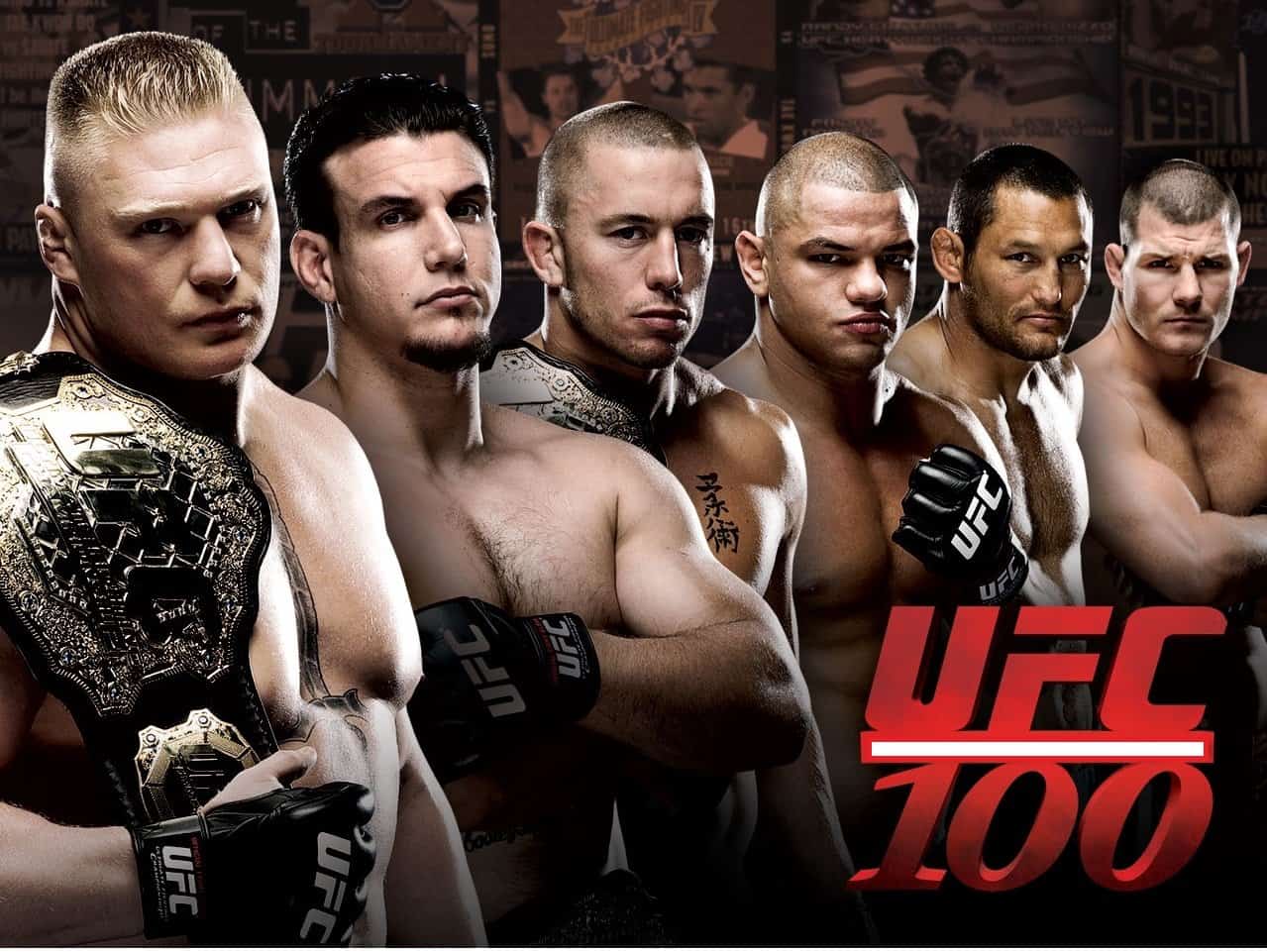 Well I finally watched UFC100 on Spike and was very excited to seeing the action even though I knew the outcome.  First and foremost, UFC100 was action packed with great knockouts, great domination and great exchanges.

There were several great undercard fights that wer exciting to watch, but nothing was a match for my antiicipation of seeing Michael Bisbing knocked out for the first time in his career or Brock Lesnar turning Frank Mir’s face into hamburger.

Michael Bisbing made a crucial mistake in his fight against Dan Henderson.  In fact, Bisbing’s corner was yelling continuously for Bisbing to stop circling to the left as it would put him right in front of the all powerful righthand of Dan Henderson.  In the second round, Michael Bisbing started off listening by using the distance and moving to his right.  However, after a few connects from Henderson, instinct kicks in and he moves to his left and circles.

At this point it is nothing but a beautiful thing when Dan Henderson connects with his knockout right.  It does just that – knocks out Bisbing cold.  As Bisbing falls to the ground, Dan Henderson is already prepared and literally flies in the air with arm raised and lands another crushing blow to the knocked out Bisbing bouncing his head from the Octogon canvas.  There was certainly no doubt now.

Soon after the Bisbing fight, a confident Frank Mir and a more confident Brock Lesnar walk into the Octogon.  Coming off of the ankle lock when Frank submitted Brock after taking some of his blows seemed like an escape.  There would be no escaping Lesnar this time.

As Joe Rogan so elegantly puts, Frank Mir’s face was taking hits as if someone had two lunch boxes someone was smashing against his head.  Lesnar was able to constantly pin Frank Mir against the cage and pound on his face until the referee stopped the fight.  Frank Mir no longer defended himself mid way through the second round.  Lesnar remains heavyweight champ and a very hard to beat competitor in this sport.