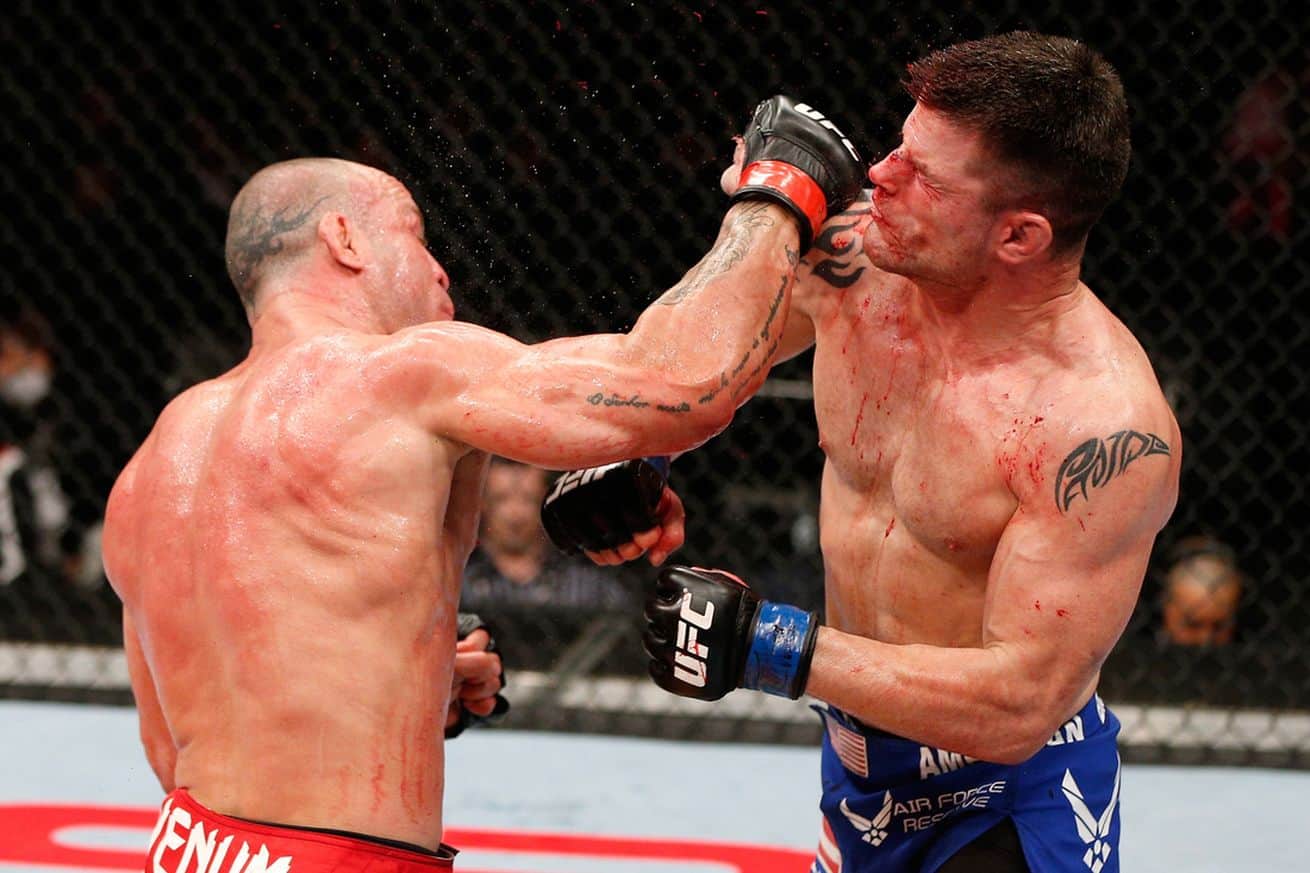 I know we all know that Jardine is the guy that made Lidell look human.  Well now he steps into the Octagon with Wanderlei who wants to comeback after his loss to the same guy, Chuck Lidell.  Silva had an excellent showing in the fight against Lidell, however a loss is still a loss and he will come looking to forget his past three fights (all losses).

Although Keith Jardine often fights at heavyweight, this is a Light Heavyweight Division fight.

“The Deen of Mean” and “The Axe Murderer” kick off round one with a quick sizing up and then fist start flying.  One of those furying fists lands on Jardine’s chin and drops him.  He attempts to steady himself on a knee but gets hit again and goes to his back.  Silva jumps him and starts pounding.  He grabs Jardine on the chin and tees up as many blows as he can get in until the ref runs in to stop the fight.

This well anticipated fight lasted 36 seconds.  You could tell how much it meant to have his hand raised once again as Silva shed some tears of enjoyment as the emotions overwhelmed him of being back on top into contender status.