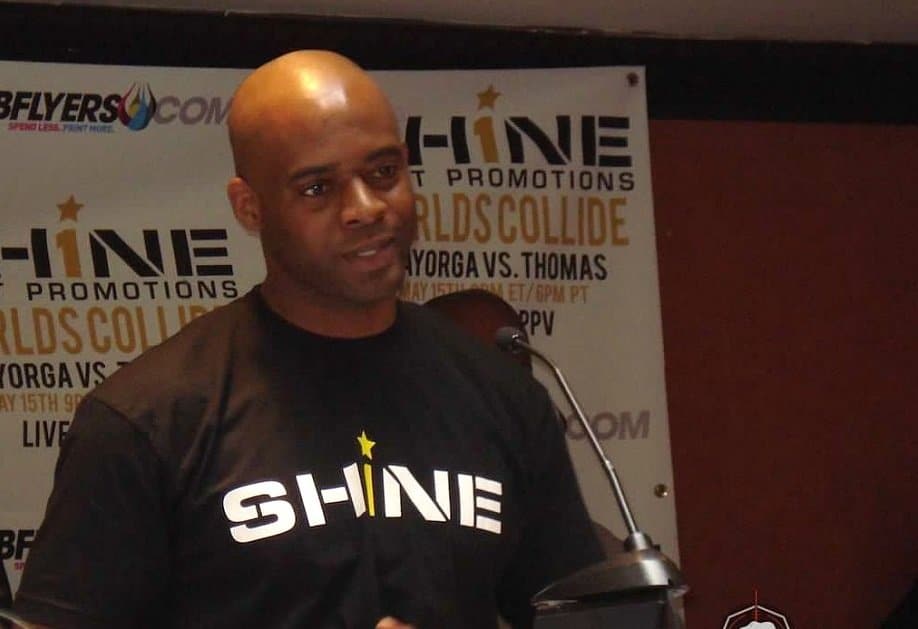 Luciano Azevedo (16-8) is known for being the only MMA fighter to defeat dominant WEC Featherweight Champion Jose Aldo, who successfully defended his belt this past weekend. Over the course of his seven-year professional career, the veteran Azevedo has fought all over the world, making a name for himself due to his unrelenting determination and his obvious love for fighting. A well-rounded fighter, much of Azevedo’s success has come due to his dominant ground game; twelve of his sixteen wins have come by way of submission. Regardless of whether his fights go to the ground or not, one thing fans are guaranteed when they watch Azevedo fight is fireworks, as he leaves it all in the ring each time he goes to battle. “An MMA fight to me is just like an action movie without being edited,” said Azeredo recently. “I want to show everybody that MMA is not a street fight; it’s an art. My performances are never boring, so I think I have a lot to show the fans.”

Standing across the ring from Azevedo on May 15th will be Zac George (19-3 with 16 finishes). George is a seasoned striker with a strong ground game. Throughout his young career, he has demonstrated time and time again that he is capable of ending his fights with his relentless striking and his explosive submissions. Currently riding a six-fight winning streak, the Team Quest product is excited about the opportunity to face a world class fighter like Azevedo. “He’s probably the best fighter I’ve faced so far. I’ve fought a lot of guys with skills, but they lacked a well-known name. With Azevedo, he’s got both. He’s legit, and I’m excited to have such an awesome opportunity.” A victory over the Brazilian Jiu-Jitsu specialist Azevedo could propel him towards a possible title fight in the near future.

In addition to the Azevedo-George bout, Shine Fight also announced a substitution to another recently revealed bout. News of a scrap between Luiz “The Joker” Azeredo and Junior Assuncao was released last week. Unfortunately, Assuncao suffered an injury, and has had to be replaced. Now fighting Azeredo will be well-known MMA star Charles “Krazy Horse” Bennett (22-16-2). Bennett is a longtime-veteran of MMA who has fought some of the biggest names in the sport, including current StrikeForce fighter K.J. Noons, Japanese superstar Tatsuya Kawajiri, former PRIDE champion Takanori Gomi and former WEC featherweight kingpin Urijah Faber. A colorful character that has made a name for himself for both his exciting fights and unorthodox lifestyle, “Krazy Horse” is also known for his claims that ground fighting “is like making love…it’s not real fighting.” Suffice to say he will bring a very different approach to Azeredo than Assuncao would have. About the fight, Bennett says, “I win, he lose. I’m training, so we’ll see what training is doing. I was winning without training, so we’ll see what I can do now.”

Luiz “The Joker” Azeredo stands as one of only four men to defeat the current pound-for-pound king and UFC Middleweight Champion Anderson Silva. Following his professional debut in 1997, Azeredo has stepped up the competition one fight after another, continuing to put on acclaimed performances each time he steps into the ring. “The Joker” holds an impressive win over the UFC’s Paul Daley, a victory which ranks as one of his crowning achievements. He is also known to fight fans for participating in one of the most memorable PRIDE bouts in history alongside fellow Shine fighter Luiz Firmino.

“WORLDS COLLIDE” is taking place at the Crown Coliseum in Fayetteville, NC, and will be beamed on PPV on cable and satellite in the United States and Canada. The event will be broadcasted in High-Definition, and it will be available in both English and Spanish (where available). The broadcast will start at 9 PM ET/6 PM PT and will be produced by MultiVision Media, Inc. There will be a 30-minute countdown show prior to the live event at 8:30 PM ET/5:30 PM PT. The event will be available for $29.95. Tickets may be obtained by calling Ticketmaster at 1-800-736-1420, or online at www.ticketmaster.com, or in person at the Crown Coliseum Box Office. For box office hours and more info, please call (910) 438-4100.