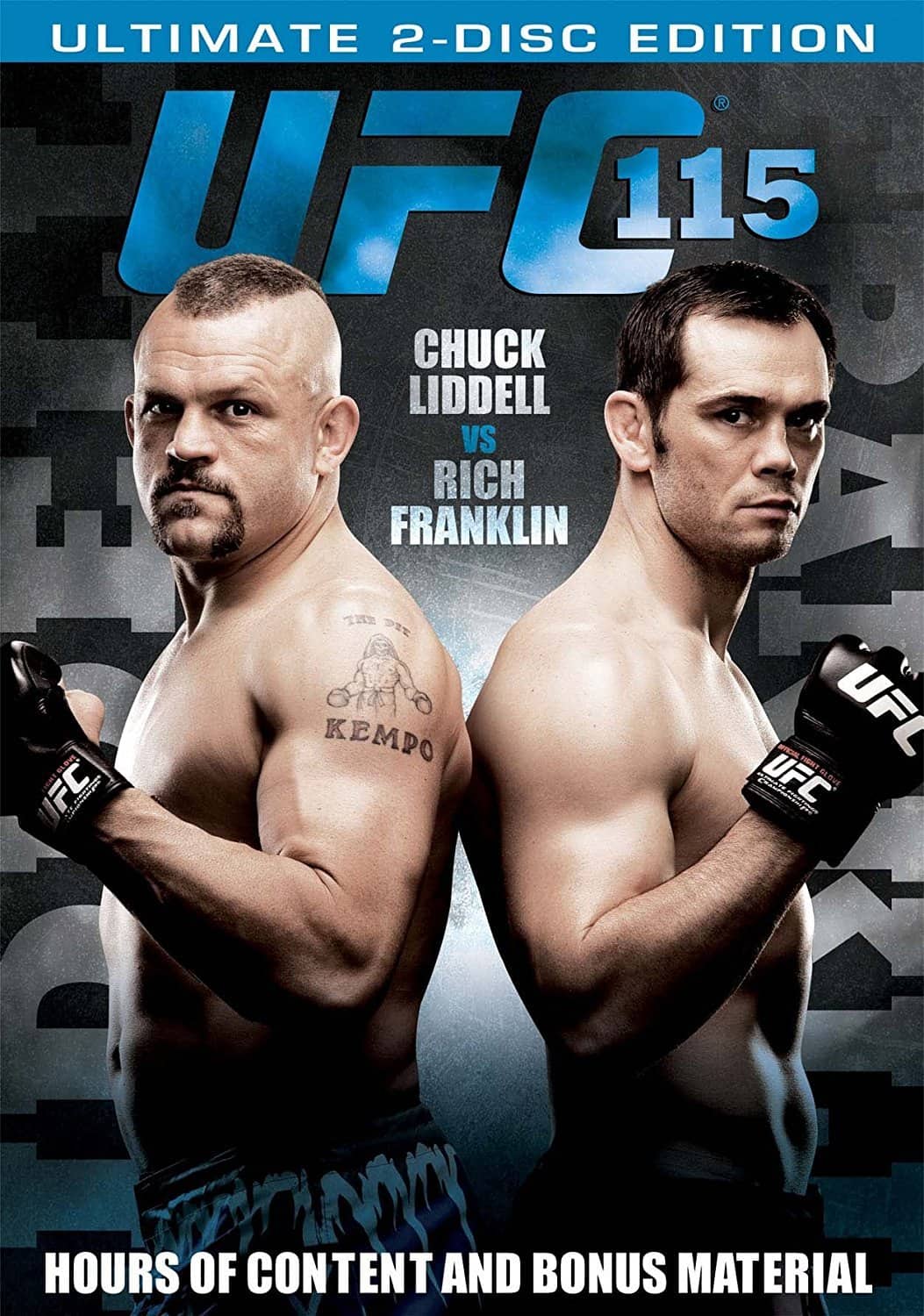 Despite poorly executed misdirection by Dana White and Chuck Liddell, Rich Franklin has been confirmed as Liddell’s opponent (replacing Tito Ortiz) at the June 12 UFC 115 event. The change was essentially confirmed as a result of tickets going on sale next Tuesday with the UFC Event Poster and tentative event roster now reflecting the revised Light Heavyweight match up.

Dana White went on the record recently denying the rumor that Ortiz was out, and Franklin was in, for the showdown in Vancouver with Liddell after rumors swirled about potential problems with Ortiz. Leaked reports indicated that Ortiz encountered some type of medical issue, was unable to finish taping of The Ultimate Fighter 11, and that Franklin was tapped as his potential replacement at some point on the show and would likely meet “The Iceman” at UFC 115 as a result. Liddell chimed in towing the company line shortly after stating that “from what he understood” he was still fighting Ortiz. While Liddell didn’t explicitly state that he was still fighting Ortiz, White was adamant in his denials, yet later admitted that he wouldn’t necessarily tell the truth anyway.

Liddell (21-7) was last seen getting dropped in the 1st round by Mauricio “Shogun” Rua at UFC 97, and has lost four of his last five fights. His recent performances have caused many to wonder how much time he has left in the sport, and the match up at UFC 115 may answer that once and for all. Although White tried unsuccessfully to nudge him into retirement after his loss at UFC 97, Liddell will now meet former UFC Middleweight champion Rick Franklin (26-5), a winner in three of his last five fights. Franklin is still widely considered a dangerous opponent for anyone at 185 or 205 lbs, and should be a solid favorite when facing Liddell.

Ortiz out, Franklin in. Although “The Iceman’s” opponent changed, the gear didn’t. Check out all of the official The Ultimate Fighter Clothing in our store.