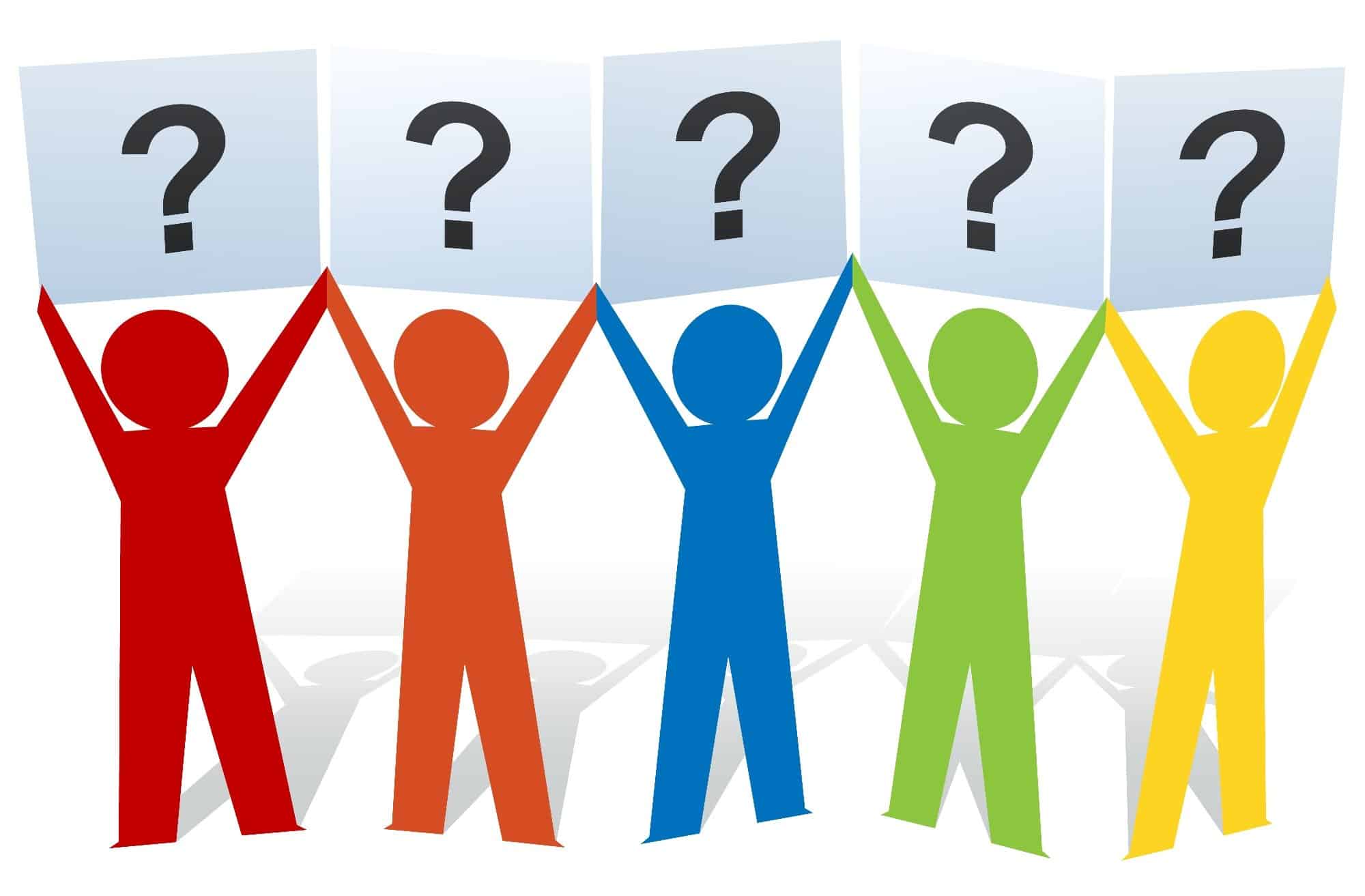 Going into any mixed martial arts event, several questions always linger. No, not the standard ones related to who’ll win a certain fight or nab the “KO of the Night” bonus, but more related to how certain fighters will perform in the face of unique challenges or if a fighter is worthy of their hype. Not surprisingly, UFC 108 is no different. We’ve assembled five questions that we’re anxiously awaiting their answer at UFC 108.

Is Jake Ellenberger really as good as we saw at UFC Fight Night 19?

Last September, Jake Ellenberger made his UFC debut at Fight Night 19: Diaz vs. Guillard and dropped a split decision. On the surface, not particularly noteworthy – tons of fighters make their big show debut, get a slight case of the “yips”, and leave with a loss and lesson learned, right? Well, not so fast in Ellenberger’s case. The split decision loss at UFN 19 was to Top 20 Welterweight Carlos Condit and he looked quite impressive in doing so. He rocked Condit early in the first round to the point that some thought the fight should have been stopped. The second round featured Ellenberger scoring a nice double leg takedown and having dominant position for a significant portion of the round, while the third was back and forth. Hats off to the resilient Condit for rallying to win the fight, but the underdog Ellenberger (+275) earned a ton of respect (and fans) in his UFC debut. Is he really that good? He enters his fight at UFC 108 against Mike Pyle at 21-5 overall (winner in 6 of last 9), but with notable losses to the aforementioned Condit as well as Rick Story, Delson Heleno, Derrick Noble, and Jay Hieron. And, while wins are hard to come by against anyone, Ellenberger really doesn’t have that marquee win that he can point to. He’s a well-rounded fighter versed in wrestling, Brazilian Jiu-Jitsu, and boxing, but seems to prefer to stand and bang, which obviously makes him a favorite of any crowd. He now enters this weekend as a slight favorite at -140 over Pyle. Most fans realize that Pyle’s no slouch himself – the UFC, IFL, EliteXC, and Strikeforce veteran enters at 19-6 with wins over several ex-UFC opponents, so for Vegas to have Ellenberger as a favorite in this fight says something about their opinion of his skills. The fight against the wily Pyle should clear matters up.

Will the surgically repaired knees hold up or will there be any ring rust?

Co-main event participant Dustin Hazelett and rising star Joe Lauzon are coming off of well-documented, significant knee injuries (ACL), and, as a result, have been away from the octagon for a collective 25 months. The surgery, the endless rehab, the overall time away from “real” MMA training, and the underestimated mental anguish can have a devastating impact on a fighter in the short term (or longer). Hazelett was last seen at UFC 91 (Nov 2008) besting Tamdan McCrory, and shortly thereafter tore his ACL training for his scheduled UFC 96 fight with Ben Saunders. He now finds himself back in the octagon less than a year after the injury. Joe Lauzon was last seen in the UFC almost a year ago pulling a slick submission on Jeremy Stephens headlining UFC Fight Night 17. The source of his injury is unknown, but he’s an interesting case in that he’s had meniscectomies on each knee prior to the ACL tear. He, too, finds himself back in the octagon less than a year after surgery. Both fighters are confident in their surgically repaired goods and have publically stated they don’t think ring rust will be any issue, regardless of the layoffs. To echo the sentiment, Lauzon told MMA Full Contact, “Knee is great. Rust won’t be an issue. Pretty sure I fought for my life half a dozen times in the last year working out with my brother (UFC fighter Dan Lauzon).”

Will Gilbert Yvel play nice or have another meltdown?

Gilbert Yvel is a colorful character to say the least, and, because of his checkered background in MMA, a curious signing for the sometimes image-conscious UFC. The feared Pride and Rings star enters the UFC at 36-13-1, and has one punch knockout power, however, Yvel’s impressive collection of wins has been overshadowed by several in-fight issues related to his uncontrollable temper and poor sportsmanship. In a May 1998 bout at IAFC: Pankration European Championship, Yvel was disqualified for biting his opponent Karimula Barkalaev. He was also disqualified in his Pride 16 showdown (Sept. 2001) with Don Frye for reportedly grabbing the ropes, but was seen gouging Frye’s eyes throughout. And, in his most infamous moment, Yvel intentionally knocked out and subsequently kicked his fight’s referee at the November 2004 Fight Festival 12 in Helsinki. That shocking meltdown totaled his third disqualification in six years and permanently stamped him as an MMA malcontent and event risk. Yvel hasn’t had anymore in-ring issues since 2004, but, of course, UFC 108 offers another opportunity.

Is Junior dos Santos ready for a Heavyweight title shot if he beats Yvel?

A protégé of the Black House’s Antonio Rodrigo Nogueira and Anderson Silva, up-and-coming Heavyweight Junior dos Santos is a relatively young fighter at 25 and has won 9 of his 10 contests overall. He’s a Brazilian Jiu-Jitsu brown belt, undefeated kickboxer (18-0), reigning Brazilian Heavyweight kickboxing champion, and has won seven of his fights by KO or TKO. dos Santos has some high-profile scalps on his fight resume including wins over Strikeforce contender Fabricio Werdum and Pride legend Mirko “Cro Cop” Filipovic, and is now starting to be lumped into conversations related the “upper echelon” of UFC heavyweights with Brock Lesnar, Shane Carwin, Cain Velasquez, and Frank Mir. Does this mean that he’s ready for a UFC Heavyweight title shot? Perhaps, but it may be in dos Santos’ best interests to get another few wins under his belt while adding some needed bulk to compete with the big guys. He’s about standard height for a Heavyweight at 6’4, but fights at a smallish 235 lbs. The consensus is that he needs to get bigger to compete with the elite in the UFC at 265. Fighting Lesnar or Carwin – who actually cut about 20 lbs to make the 265 lbs limit – could be asking a bit much at this point. Case in point – ask Frank Mir how that turned out for him.

Is Duane Ludwig a potential Lightweight contender or gatekeeper in the UFC?

Everybody loves “Bang”. A fan favorite in any organization, Duane “Bang” Ludwig (19-9) has been around the veritable block and has fought professionally for almost 10 years in organizations such as King of the Cage, K-1, Strikeforce, Sengoku, and the UFC (among others). His aggressive Muay Thai style makes for exciting fights, and over half of his wins are by KO or TKO, including the fastest KO in UFC history at Fight Night 3 against a stunned Jonathan Goulet (officially 11 seconds). He sizzled in the early stages of his career winning 10 of his first 12 fights, but has gone 9-7 since against much tougher opposition. He seems to win the ones he should, and lose the ones he shouldn’t. Taking that into consideration, he would seem likely to lose at UFC 108 against the heavy favorite Jim Miller (-400ish). He’s still relatively young at 31, but will he be able to contend in a tough UFC Lightweight division that – although BJ Penn has primarily cleared it out – features Kenny Florian, Frank Edgar, Tyson Griffin, Diego Sanchez, and Sean Sherk?

Looking for UFC Fighter Gear? Shop by Fighter in our store!