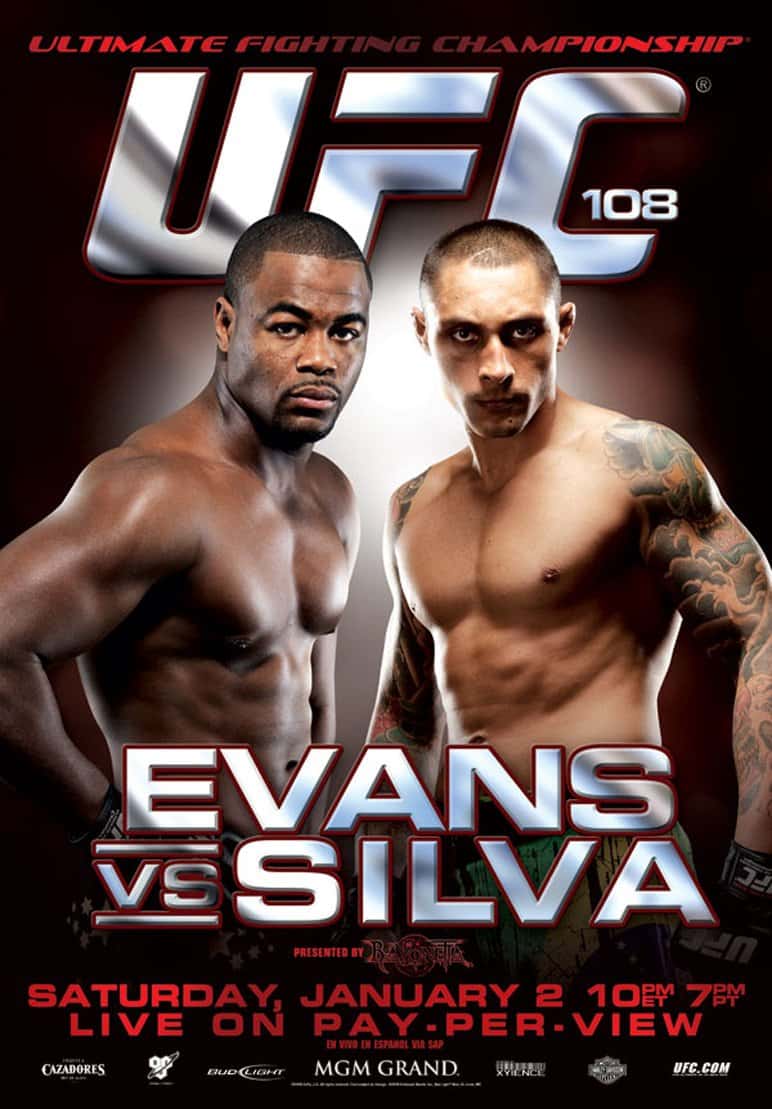 Interesting Trivia: Although Evans’ collegiate wrestling is mentioned ad nauseum during his fights, he “only” amassed a record of 48-34 while starting on the Michigan State wrestling team for three years. Won The Ultimate Fighter 2 as a Heavyweight.

Keys to Victory: Evans should have a measurable advantage when the fight is standing. Although both fighters boast strong boxing, Evans is the quicker fighter with better head movement and a stronger chin. He’ll likely want to keep the fight standing, work angles, and avoid Silva’s plodding attack while using his quickness to stick and move. Should the fight progress to the ground, Evans’ wrestling should help him avoid bad positioning and to fight off any potential submission attempts by the black-belted Silva, but he’ll want to get back up to his feet as quickly as possible. Evans cardio is excellent, and his opponent has only been out of the first round once in over three years, so a fast pace may wear down Silva.

Interesting Trivia: Is generally credited with exposing Houston Alexander’s lack of ground game after he stopped him in their UFC 78: Validation matchup. Now lives in Coconut Creek, FL where he trains with the American Top Team

Keys to Victory: Press the action and look for the earliest possible opening to take the fight to the ground. Silva has excellent Brazilian Jiu-Jitsu (black belt) and vicious ground and pound, so he’ll likely look to score a takedown or knockdown and keep the fight on the ground as long as possible by putting the wrestler on his back. Probably won’t look to stand and bang with his quicker opponent, however, he may have the power advantage there. Although a black belt, only has one legitimate submission victory in his career and uses his BJJ to set up ground and pound. Silva’s best chance at pulling the minor upset is via flash KO or gaining dominant position on the ground to work strikes there as well.