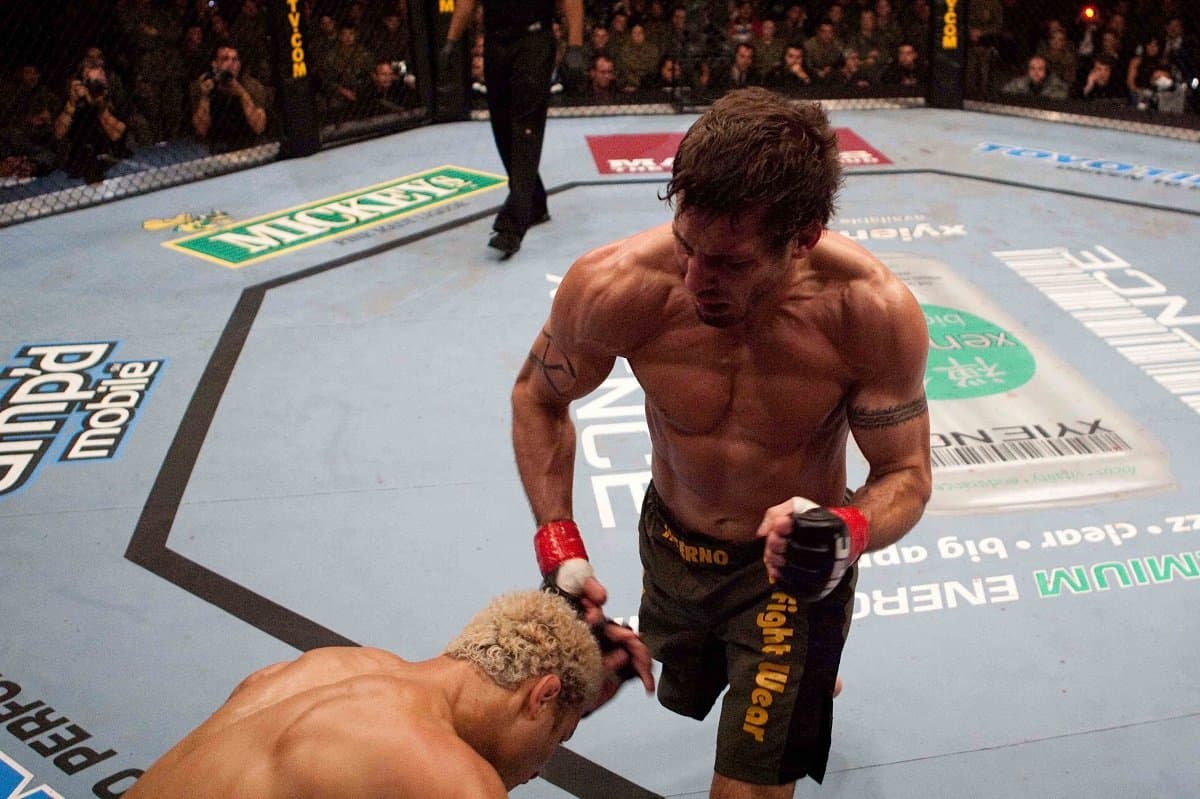 2 minutes into the new season a guy faints to the floor and that wasn’t even the shocking part.  15 minutes into the new season of Ultimate Fighter and my jaw is already on the freaking floor.  Not only did Clay Guida’s brother not make weight, but his replacement – yes there is a replacement already in this series, gets knocked out in about 10 seconds.

How in the hell can you get chosen for the opportunity of a lifetime and come in 17 pounds overweight.  In trying to cut weight overnight, the doctor’s call a halt to his efforts stating he could not lose anymore weight without harming his health.  With low blood pressure and weighing in at 207 pounds, he had to leave the show.

His stand-in Mike Stewart didnt get to throw a punch before he was swarmed by fists.  Beyond that the fights were pretty solid.  It looks like an exciting season of Ultimate Fighter.  Get excited!