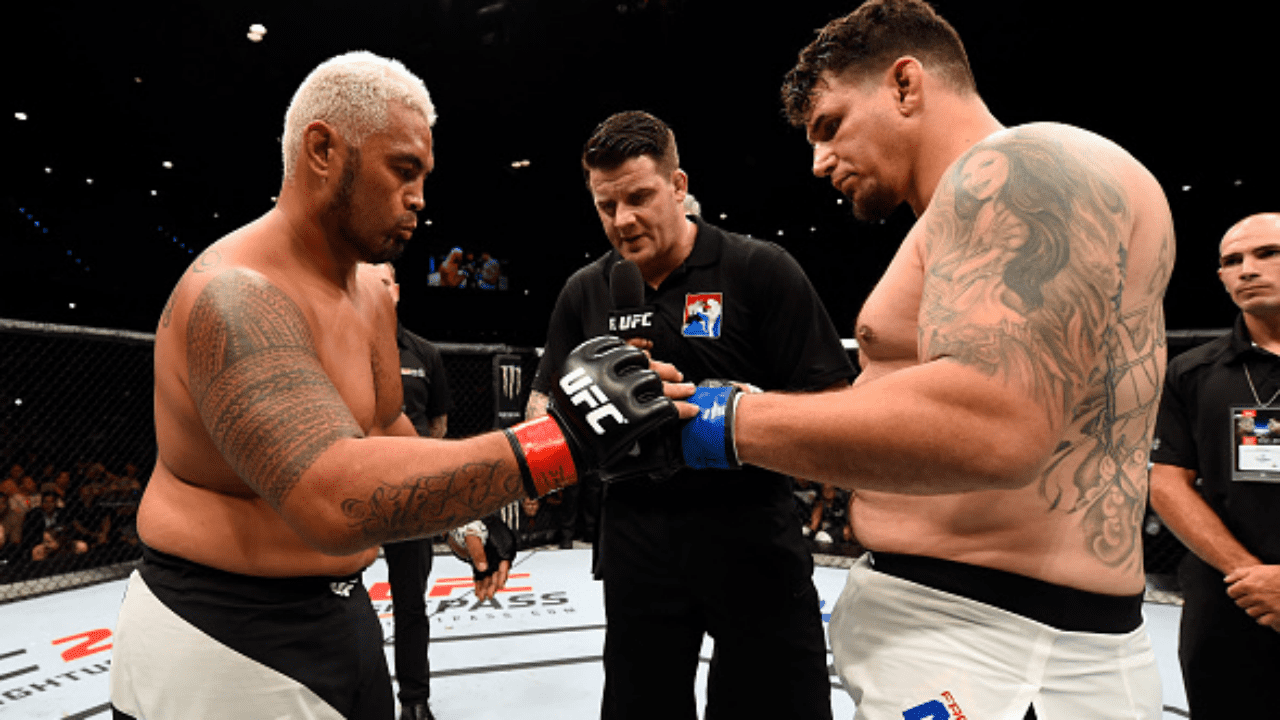 Fight fans, MMA Full Contact back again with a recap of The Ultimate Fighter 10: Heavyweights Week 2.

If you watched last week’s TUF season debut episode, you can take pride in the fact that you were part of history. Well, not real history – but UFC history. The debut episode that saw team selection, a re-introduction of Internet sensation and former Elite XC main eventer Kimbo Slice to some, and John Madsen dominate Abe Wagner in a bloodbath, was the highest-rated (total viewers) TUF episode ever. Pretty cool, huh?

Dana White has promised that this season will be the most entertaining ever. If so, that’s a lot of good fights and shenanigans to top from previous seasons. Bloody fights, shocking outcomes, drunken rampages, sickening practical jokes – the show has seen it all. Would this week’s episode start down that path? Drum roll please…. eh, not so much. The episode featured zero high jinks back at the house, poor conditioning throughout a so-so fight, and a questionable outcome. Hold the Emmy, please. However, next week’s episode promises what everyone wants to see – but more on that later.

The show opened at the Vegas house with Roy “Big Country” Nelson relaying that he wants to fight Slice. The fight’s been on his radar for years and he thinks that it would be a good match up for him. As everyone knows “styles make fights”, and Nelson undoubtedly thinks that his strong grappling would be Slice’s exit from competition. Was it a little foreshadowing by show producers?

At the UFC training facility, Rampage put his team through drills, but had specialized training for Kimbo. Yep, you guessed it – ground work, in particular, ground escapes. Even Rampage knows that Slice will need to heavily concentrate on (and improve) his ground game if he has any chance of being this season’s The Ultimate Fighter. Slice showed the ability to pick up the escape techniques and take direction, and Rampage was impressed.

Conversely, footage from a Team Rashad training session painted the picture that Roy Nelson didn’t take direction well, and was intent on doing his own thing. After a back office confrontation between Nelson and Team Rashad coaches, Nelson begrudgingly agreed to be more open to direction. Although Nelson sports a gut that rival’s mine, and a mullet-in-training, he’s no joke. Nelson was the final heavyweight champion of the now non-existent IFL, but came onto the show riding a two fight losing streak – albeit, to legit HWs Andrei Arlovski and Jeff Monson.

Next was this week’s fight selection. Because Rashad had the first pick, Rampage was given the opportunity to select the first two fights. Last week’s selection didn’t go so well, so he’d obviously want to get a win and build some momentum, right? Well, Rampage decided to match up Wes Shivers against Team Rashad’s first pick James McSweeney. We should be used to Rampage’s questionable choices by now, and I’m not talking about his “Red Bull and sleep-deprived meltdown” in SoCal last year. TMZ loved that debacle!

After some tense words between Rampage and Rashad about a training session that went long, we saw the usual pre-fight training montage of both fighters.

Wes Shivers is a massive guy – 6’7” / 270 lbs – with college and pro football on his athletic resume. Shivers seems awfully green in many aspects of MMA, but does have good hands. At 270 lbs, with good strikes, he could be a real threat to McSweeney. Bombs from big dudes hurt, no matter what dude is eating them. Hell, he even has a titanium shoulder, so he’s built for action.

UK-bred (but now at Greg Jackson’s camp in NM), James McSweeney was an accomplished kick boxer prior to making the switch to MMA. He, too, has good hands, and exceptional kicks, Yep – he sounds like a kick boxer, and seems to have an edge in experience and overall ring comfort when matched against the lumbering Shivers. After all, he was Rashad’s first pick – he has to be good, right?

Both coaches feel their fighter will emerge victorious, with Rashad especially confident, although, a few Team Rampage fighters feel the opposite back at the house. After the usual pre-fight interview bravado and requisite pad work in the training facility offices, the fight was on.

Round One saw Shivers land some straight punches, score a takedown, and try some clumsy sub attempts against McSweeney’s arm. Somebody give this man his white belt (no stripes)! Prior to a nice nut shot on McSweeney that resulted in a brief stoppage, Shivers was gassing heavy 2 minutes into the fight, although controlling the action for the most part when engaged. When not running away (literally) when trading with Shivers, McSweeney did score with multiple leg kicks – and they sounded hard. Win or lose, Shivers was probably limping the next day. Although close, UFC911 scored the round 10-9 for Shivers due to his takedown and pressing the action.

Round Two saw more of the same, with a few twists. Shivers continued to throw straight punches, McSweeney continued to work the kicks. Although the round featured abysmal conditioning displayed by both fighters, they fought on. Surprisingly, Shivers scored several takedowns, attempted a RNC on McSweeney, and even had full mount at one point to compliment his punches standing. In contrast, McSweeney had a solid guillotine choke on Shivers that had me thinking a tap was imminent in addition to his exceptional leg kicks. The last minute or so featured more hands on hips then on faces, and the round ended with Shivers on top in McSweeney’s half guard. Another 30 seconds or so, and McSweeney might have been finished by Shivers. Again, although close, UFC911 scored the round 10-9 for Shivers. In a round where he had decent strikes, multiple takedowns (surprise!), and full mount at one point (when not completely sucking air), UFC911 just couldn’t award the round to McSweeney on kicks alone.

Although it was conceivable that the fight could go an extra round (Shivers won 1st, McSweeney won 2nd), when it was announced that the fight was over with a decision coming, I figured it’d be a unanimous or majority decision for Shivers. For the first time ever, I was wrong. In a pretty questionable outcome, the judges had McSweeney winning a majority decision 19-19, 20-18, and 20-18.

Overall, the fight was average, fighter conditioning was awful (especially Shivers), and the outcome shaky. McSweeney- you move on, Shivers – hit the treadmill! Some would argue that this fight had no winners, only losers – especially the viewers. Not exactly a stellar night for TUF.

However, next week it’s on….. all of the early episode teasing paid off! At the episode conclusion, Rashad selected his fighter Roy Nelson to take out the “big black buck with the greasy beard” Kimbo Slice in next week’s fight (his words, not mine). If you thought that Kimbo was somehow being protected by the UFC or show producers to create momentum and growing ratings for the show, you are wrong! No, you didn’t think that? Well, maybe it was just me with that conspiracy theory then. Because of the match up, I’m guessing another record-breaking episode next week. Is Kimbo legit, or will he be exposed (again)? Time will tell.

Back at you in a week!