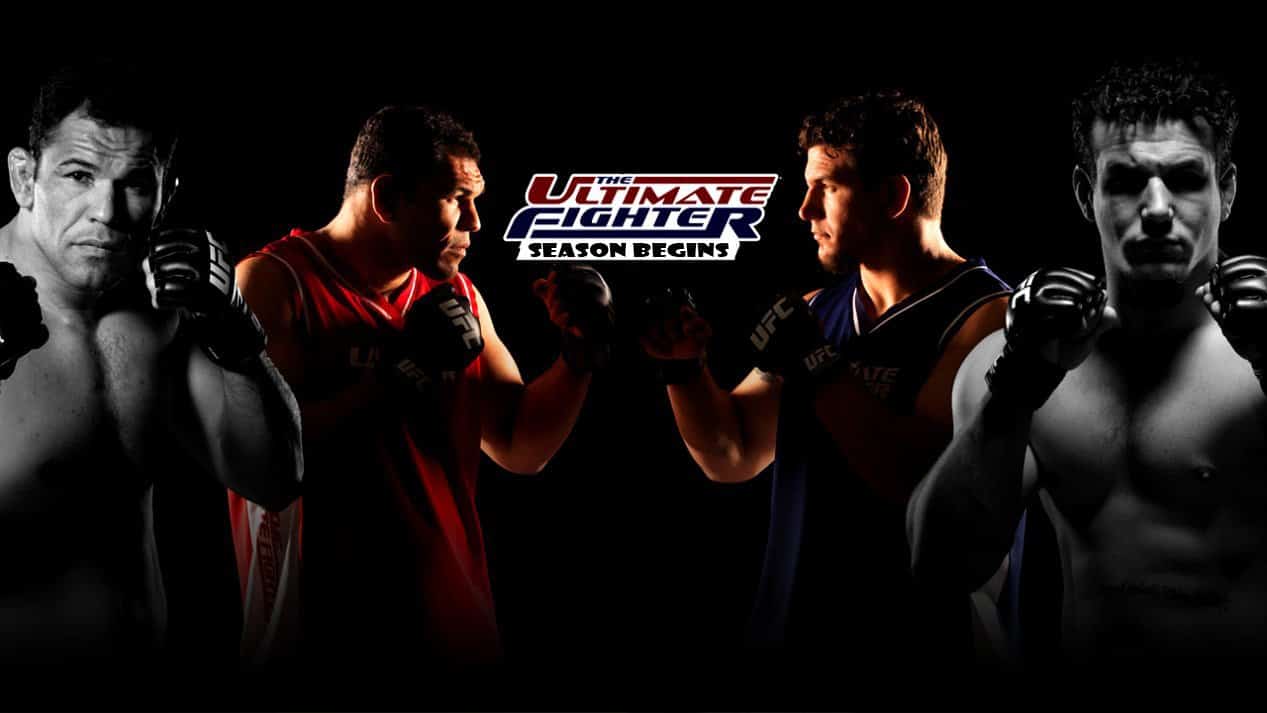 Things are a bit different this year and the theme is second shots. Dana kicks things off in traditional style by giving his motivational speech. It is the same basic speech of giving it your all and not being the guy that regrets forever the chance he blew. This year seven guys will make it to the quarter finals and two guys with previous losses will be brought back for a second shot and fight it out for the eighth spot. We are definitely ready for another season of The Ultimate Fighter.

The great thing about the first episode in a new season is a lot of fighting. In the first fight Jamie Yager lands two consecutive kicks to the head of Ben Stark and quickly the fight is over.

Quickly to fight two, the fighters exchange straight punches and end up against the cage. As the break from the cage, Tavares lands a wicked right hook and knocks out Jordan Smith. We are minutes in and two quick fights.

Fight three begins and quickly McCray throws Walker right onto Walker’s shoulder. The fights are ending quickly as Walker taps due to and injured shoulder. Onto fight four.

Paraisy starts things off quickly by picking up Hammortree and taking him to the ground. Things change momentum just as quick as Hammortree finds himself on top and lands some ground and pound. We actually make it to the end of the first round with James Hammortree having mounted Paraisy and landing some more blows. The episode goes into the commercial break with Paraisy apparently ready to quit. The French fighter complains of not being able to feel his legs, his wrist hurt, and does end up quitting before the second round starts.

The coaches have a field day with this one and eventually Liddell starts off the trash talk by saying this fight was “as bad as someone tapping to strikes, oh yeah, Tito did that once”. Dana elaborated to say that Paraisy proclaimed he was going to prove French fighters weren’t pussies … maybe time for Paraisy to find a new job. Not much more anyone can say about that so onto some more fights.

The episode highlights the next few fights (not like they haven’t been going fast enough) and we see Nick Ring get the back of Weatherby, hooks in, a few blows and fight over.

Noke takes down Thompson, lands some elbows, and after doing much of the same in round two, he cuts Thompson with one of the elbows and the judges decide this one quickly and another one under our belts.

Court McGee and Seth Baczynski battle with blows and takedowns and make it to the thrid round. Court McGee pulls it off by controlling the third round on the ground.

We go back to real time with Victor O’Donnell versus Chris Camozzi. Both fighters show great technique in a great back and forth round. Round two is much of the same and both fighters are absorbing some great blows as well. Camozzi pulls off a tremendous slam and after some more back and forth it is decided to take it to round three. Both fighters appear tired, but hungry. Camozzi lands another knee, but Victor manages a takedown and makes it a very close round. Another one that ends up in the judges hands and it is announced that Chris Camozzi pulls off the win. After the announcement of the winner, we find out that Victor had his eye socket broken in the first round.

Kyacey Uscola and Brent Cooper face off next and are very active. Just as things start to get rolling, Kyacey rocks Cooper and it is lights out. Kyacey Uscola scores the victory and impresses the coaches.

Back into hyperdrive mode, Henle and Philippou put on an active fight and after making it into round two Henle pulls off an armbar to force Philippou to tap.

Rich Attonito and Lyle Steffens fight next and Rich displays his superior wrestling, lands a few solid blows and takes victory by decision.

Josh Bryant and Greg Rebello went back and forth and Bryant takes the victory by majority decision.

Jacen Flynn and Charles Blanchard are next up and Blanchard controls the fight landing some solid punches as Flynn was face down on the mat. At the end of the round Flynn can’t continue and victory goes to Blanchard.

Finally back to real time once again with Charley Lynch and Clayton McKinney. These fighters are friends outside of the octagon, but both are striving for a spot in the house so game on. When the fight starts you have no idea these fighters and friends as they both go strong with kicks and takedowns. McKinney throws Lynch, but Lynch gets back to his feet quickly only to take some serious punches from McKinney. Lynch manages to land on top of McKinney and gives some of it back. When both fighters are back on their feet they trade shots and Lynch gets his nose shattered. The friendship shows now as McKinney holds back recognizing the broken nose. He does move forward though enough to get the fight stopped. A close-up after the fight show his nose seriously smashed, nice!

So fourteen guys make it into the house. Remember after their oncoming matchups it will take it down to seven. At that point two guys from the losing seven will be given a second chance to fight it out for the last spot making eight fighters to fight it out to be The Ultimate Fighter.

To recap the fights:

Let’s get it started! We have plenty of official The Ultimate Fighter clothing in our huge MMA Clothing and Gear store, including the brand new Punishment Athletics Team Fighter T-Shirt.