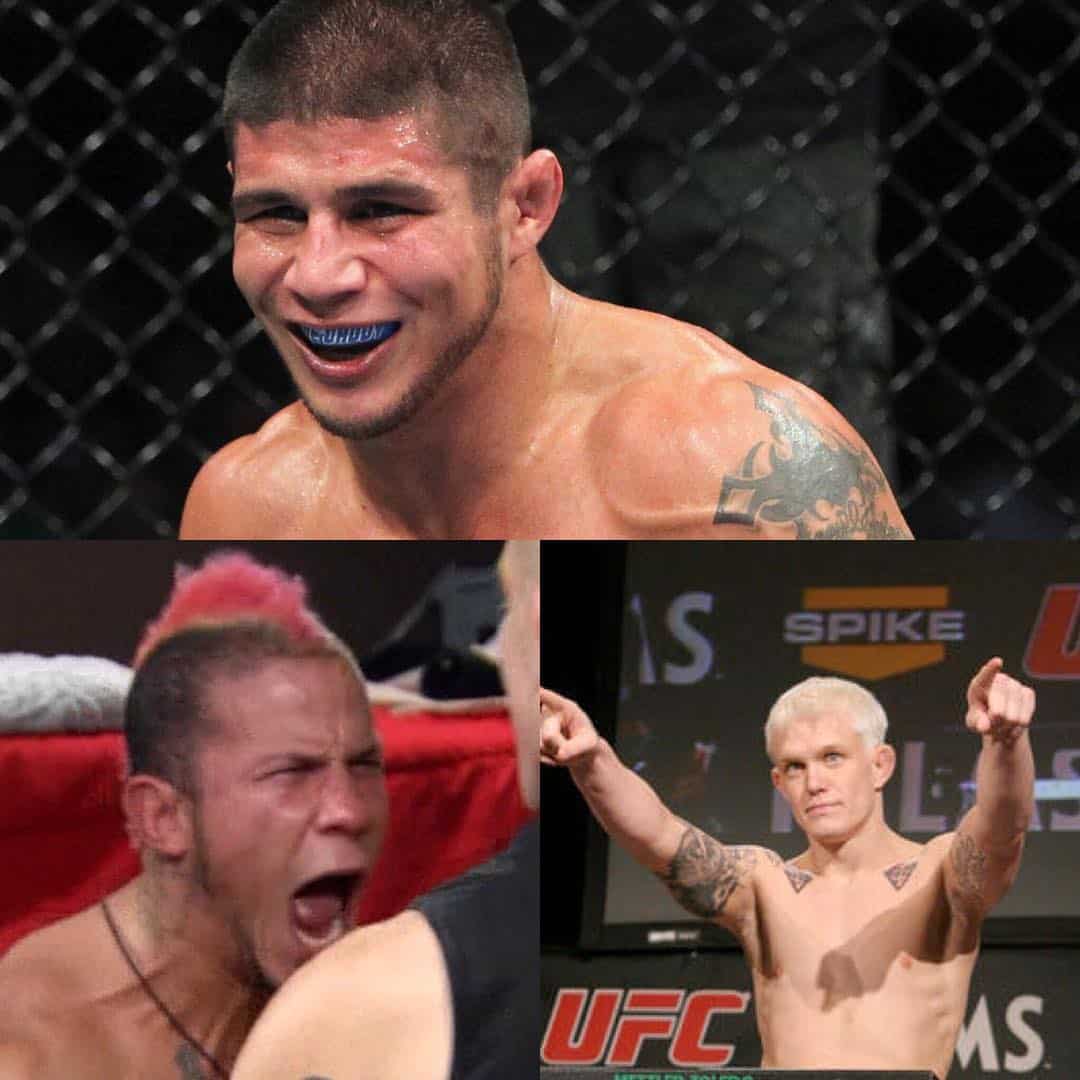 Junie is an asshole! He either thought if could get everyone disqualified off the show by picking a fight with everyone and having them hit him first.  By default as he would be the only person left on the show and win it that way OR he is just an asshole that is all fucked up in the head.  I am gonna place a bet on the latter.

Dana White warns, when everyone thought he would surely remove (for the safety of the other fighters) Junie Browning and Shane Nelson for being completely unprofessional and overall jackasses.  Even sober, Junie doesn’t seem to get it that he needs to be more professional to think he can ever fight as a UFC fighter.

They are allowed to stay after a good talk from Dana White, and Shane is asked to fight first for some of his behaviours in the house, pushing other fighters and instigating a confrontation.

These guys barely throw a punch for the first full minute of the fight.  This fight received so much hype and looked like it was about to pan out to be nothing.  As they warmed up, a few kicks to the kidneys will wake you up, they began to make it a fight.  After a decent second round, Efrain manages to get out of the bad position Shane had him in and flip the switch and mounted him.

From there he manages a triangle to submit Shane.  And this manages to piss Junie off for some reason.  After talking trash he hops the fence and tries to scuffle with Efrain in the center of the ring.  Something is wrong with this kid.  I hope he doesn’t hurt anyone and ruin their chances to.  And really, I gotta see him fight at this point – straighten up dumbass.