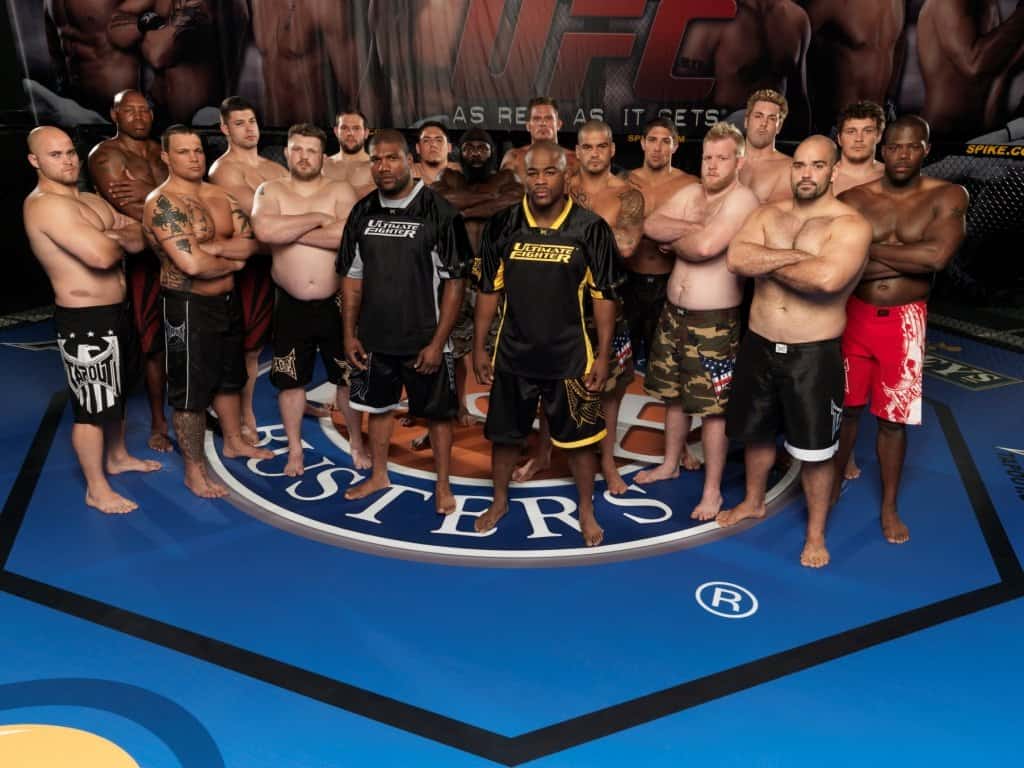 We are already in the 10th season and what a season it will surely be.  First and foremost, this series is entitled “The Heavyweights” and they are just that.  You have never seen such a good mix of large guys that are ready to get it on.  Anywhere from 5 foot something but 2 feet thick to 7 foot giants that used to line up on the NFL starting gate every Sunday.

It will surely be an exciting season and to top it off, they have welcomed the You Tube barkyard fighting king, Kimbo Slice.  Possibly getting too much of a welcome as they really made a stink about it by first lining up the first 15 heavyweight contestants and then bringing in Kimbo with special annoucement.

The target will surely be on Kimbo’s back as each and every fighter has expressed their desire to take the brawling Kimbo to the ground and pound away at him.  Kimbo’s ground skills are by far the weekest part of his game, but he has worked considerably on his take down defense to help combat getting caught too early before getting a chance to swing those big arms of his.

We will all get a chance to see who can stand up to the rest as the season gets underway.  The first episode showed Jackson going right after Kimbo to get him on his team and also that the NFL stars are not used to the vigor that it takes to be a well-rounded MMA fighter.

This will have a good chance to be the most viewed Ulimate Fighter season and for good reason.  Stay tuned!

Check out the other weekly recaps for TUF10.