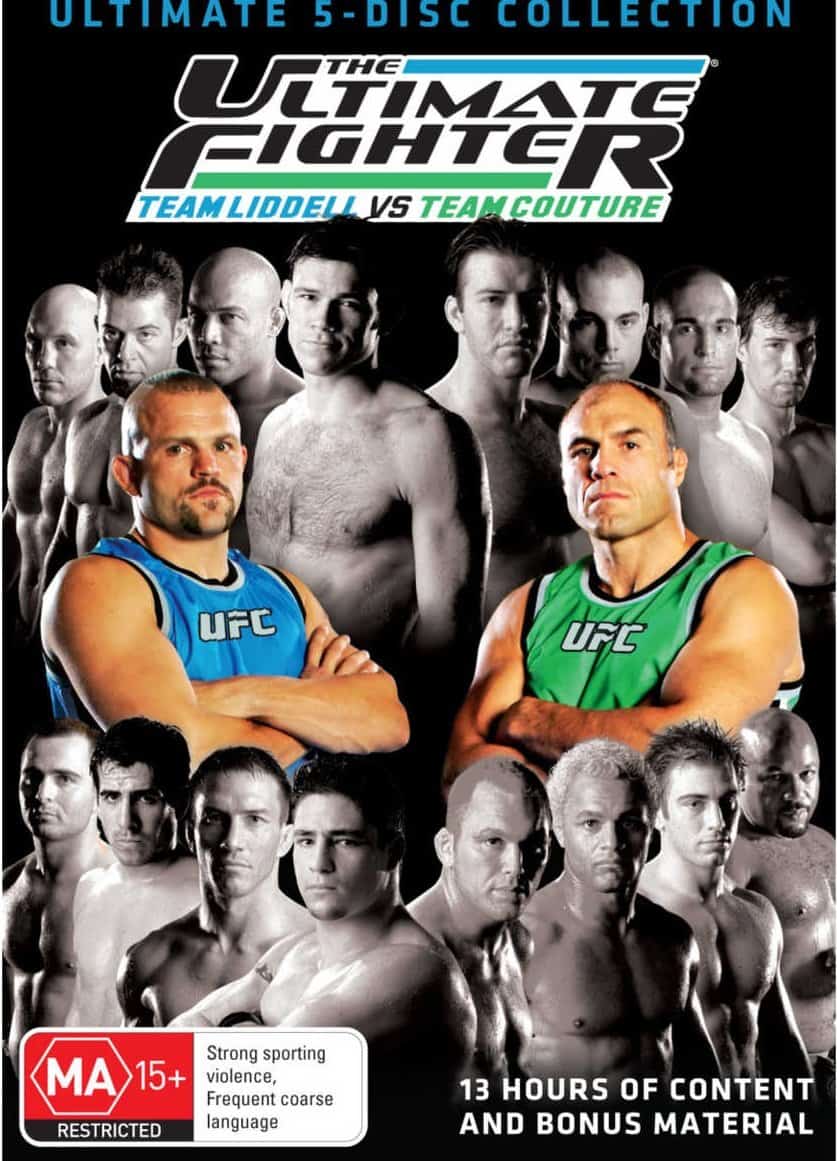 The Ultimate Fighter (later designated The Ultimate Fighter 1) was the debut season of the mixed martial arts reality television series and premiered on January 17, 2005. Sixteen mixed martial arts fighters (eight Light Heavyweights weighing from 186 to 205 lbs and eight Middleweights weighing from 171 to 185 lbs) were invited to participate in the show where they would reside together and train in two separate teams coached by UFC Light Heavyweight fighters Chuck Liddell and Randy Couture. The teams would compete in physical challenges, segments hosted by singer Willa Ford, to determine which team would have the right to pair one of their own fighters against an opponent of their choice in the same weight class, with the loser being eliminated.

The finale was broadcast live on April 9, 2005, where the two finalists in each weight class faced off for a contract with the UFC. It was the first ever live UFC broadcast on non-pay-per-view television, and it drew a very impressive 1.9 overall rating. The series was also broadcast in the UK in the spring of 2005 on Bravo. A 5-disc DVD set of “The Ultimate Fighter” was released on November 1, 2005.