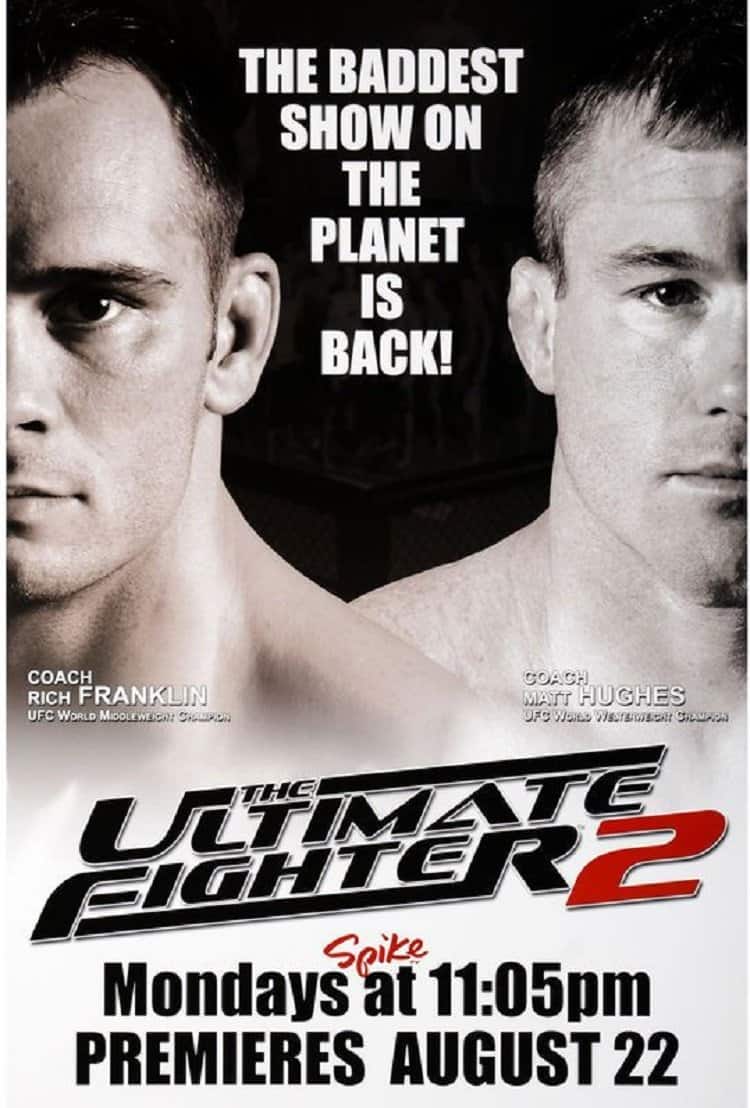 The Ultimate Fighter 2 was the second season of the mixed martial arts reality television series The Ultimate Fighter. The season featured a heavyweight and a welterweight division, with 9 fighters initially in each division. The UFC coaches for this season were welterweight and middleweight champions Matt Hughes and Rich Franklin. Season 1 coach and former UFC champion Randy Couture hosted and designed the team challenge segments, which if won would allow the winning team to pair a fighter from their team against another in elimination matches. The finale aired on November 5, 2005, and it set a ratings record for the UFC with a 2.0 overall rating. Although released on DVD in 2005, it was re-released on September 18, 2007.