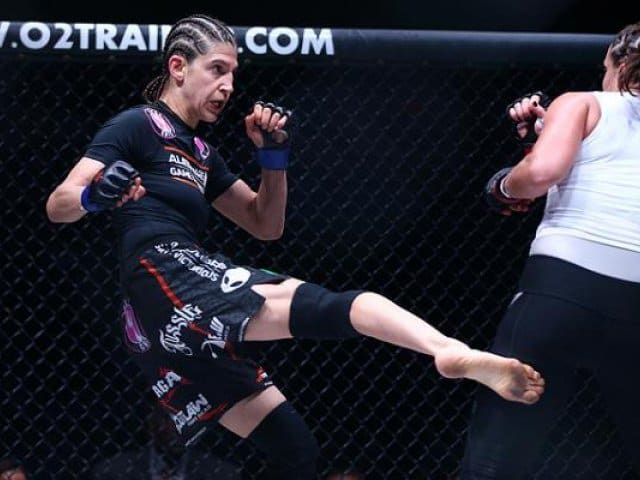 A huge announcement was made from the Korean MMA promotion Moosin, who are preparing to hold the first MMA event in Massachusetts. Top pound-for-pound fighter Tara LaRosa will be facing #2 ranked 135 pounder Roxanne Modafferi in a catch weight bout at 130. LaRosa has posted on the Underground forum that it was her idea to bring Modafferi in as an opponent. Modafferi lost to LaRosa four years ago via decision, and this battle comes as both are on the top of their game. The card is still seeking approval by the Massachusetts state athletic commission and, if approved, would happen on May 21 in the DCU Center in Worcester, MA.

Strikeforce CEO Scott Coker has announced that Cyborg Santos will be defending her 145 pound title on the promotion’s upcoming June 16 card at the Nokia Theater in L.A. The short list of possible opponents includes:

#2 ranked 145 pounder Erin Toughill made a statement this week on her Facebook page that she is back with Strikeforce, after saying she was leaving the promotion last month. Toughill said it was a miscommunication between her management and Strikeforce that caused a lot of the problems, and that Strikeforce representative and fighter liaison Shannon Knapp helped resolved a lot of issues. Toughill is taking a break to get emotionally and physically rested before taking another fight; hopefully sometime this fall.

Elena Reid and her management have officially signed with Bellator, and is expected to compete in the 115 pound women’s tournament slated for the promotion’s second season this coming August. Rumored also to be the tournament is #1 ranked 115 pounder Megumi Fujii, and #1 ranked 125 pounder Rosi Sexton, which both have no comment at this time. Sexton, however, did say she is still signed to fight with Bellator. #6 ranked 115 pounder Jessica Pene is also signed with the promotion. Reid will be defending her Sovereign Nations title against Alyx Hess this coming Saturday.

Strikeforce made an official announcement this week that the fight between Kerry Vera and Julianna Pena is on for the Strikeforce Challengers May 21 in Portland, OR.

Kyra Gracie is taking steps to make her debut in MMA in 2011. In a statement to Fightergirls.com, she stated that her management is in negotiations with several organizations for a debut, not stating which ones as of yet. She says there is no one in particular she is gunning for at the moment. When it comes to a division she is perusing, Gracie states she is looking under 140 – which could mean a run in the 135 pound division. The division is chalked full of talent, including Strikeforce champion Sarah Kaufman and talented world class grapplers such as #2 ranked Roxanne Modafferi, #3 ranked Shayna Baszler, and #9 ranked Miesha Tate.

In matches coming up this week:

Fightergirls will be doing a few live events coming up in the next two months. MarQ Piocos will be covering the Tuff-N-Uff weigh-ins Thursday April 22 at the Orleans Casino in Las Vegas. The April 23 Tuff-N-Uff card will feature amateur fighters Christy Tada vs. Jessica Sorrenson and Ashley Cummins vs. Cathy Snell.

Fightergirls will also have a booth at the UFC Expo at the Mandalay Event center in Las Vegas Memorial Day weekend, with live coverage of the event at Fightergirls.com.

That is all for now. Please check out Fightergirls for all your women’s MMA news and interviews. Plus follow us on twitter @Fightergirls with the most up to the minute breaking news stories in women’s MMA. Also check out the Fightergirls store of all your MMA gear and clothing, now featuring a great selection of shorts for men as well. We also carry RevGear, Everlast, and Cleto Reyes boxing and MMA gear.

–> Props to Northwest FightScene Magazine for the homepage slider photo.

LaRosa vs. Modaferri Slated for May Rematch
By: MarQ Piocos, News Editor
Fightergirls.com