Unfortunately, just like any sport, the sport of MMA is not without its share of accidental deaths. Below we pay homage and respect to those who have fallen. Let this be a time to reflect on the fragility of life and a reminder to live fully each day. Unmatched highs. Depressing lows. Money, women, fame, and adoration. Fatigue, injury, and the mindset that a fighter is only as good as their last fight. MMA competitors are faced with a dizzying array of challenges to their psyche (and sanity) and, as a result, can having trouble coping in good times or bad. Factor in the risk of competing in an ultra-violent sport with the unpredictable reach of Mother Nature, and you end up with the unfortunate result of some within MMA dying too young. With respect to the friends and family of those listed within, we overview those that passed away too early within our Death in MMA retrospective. 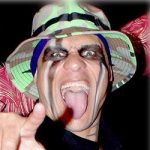 Name: Charles “Mask” Lewis
Date of Death: March 11, 2009
Location: Newport Beach, CA
Circumstances: The co-founder of Tapout Clothing died March 11, 2009 as the result of a high-speed automobile accident. Shortly before 1AM, Lewis’ Ferrari and another vehicle collided resulting in his death and serious injuries to his passenger. The driver of the other vehicle was arrested for “alcohol-related gross vehicular manslaughter”. 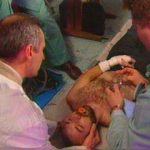 Name: Douglas Dedge
Date of Death: March 18, 1998
Location: Kiev, Ukraine
Circumstances: Douglas Dedge is believed to be the first death as a direct result of competing in a mixed martial arts competition. At an unsanctioned MMA event in the Ukraine in 1998, Dedge sustained severe brain injuries during his brief fight with Yevgeni Zolotarev and died days later at the Kiev Institute of Neurosurgery.

Name: Gilbert Aldana
Date of Death: March 11, 2007
Location: Lake Pleasant (Morristown, AZ)
Circumstances: Former UFC Heavyweight Gilbert Aldana drowned on March 11, 2007 at Lake Pleasant in Arizona. Accompanied by friends and family for a day on the lake, Aldana drowned while attempting to retrieve a t-shirt that had fallen overboard into cold, choppy water. A friend’s attempt to heroically save him unfortunately failed.

Name: Jeremy Williams
Date of Death: May 5, 2007
Location: Laguna Niguel, CA
Circumstances: The 27 year old International Fight League (IFL) competitor died of an apparent suicide in May of 2007. After a five year layoff from the sport, Williams returned to action in the IFL impressively winning his first two fights, then was inexplicably found in his car after an apparent self-inflicted gunshot wound.

Name: Justin Eilers
Date of Death: December 25, 2008
Location: Nampa, ID
Circumstances: UFC vet and Miletich-trained Heavyweight Justin Eilers died on Christmas Day 2008 of a gunshot wound at the hands of his stepfather. The result of a domestic dispute gone bad, the murder occurred at Eilers’ mother’s house and resulted in his stepfather being convicted of manslaughter and sentenced to 15 years in prison.

Name: Justin Levens
Date of Death: December 17, 2008
Location: Laguna Niguel, CA
Circumstances: The UFC, WEC, and IFL competitor died in December 2008 as the result an alleged murder-suicide. The troubled fighter had lost 5 in a row and was finishing up a reported drug suspension when he was found dead with his wife in their home. A gun was found close to Levens and their was no sign of struggle or foul play.

Name: Sam Vasquez
Date of Death: November 30, 2007
Location: Houston, TX
Circumstances: Sam Vasquez holds the unfortunate distinction of being the first fighter to die after competing in a sanctioned MMA event. Vasquez faced Vince Libardi at the TX-based Renegades Extreme Fighting event in 2007 and lost consciousness after losing via TKO. He later suffered a stroke, slipped into a coma, and died 42 days later.