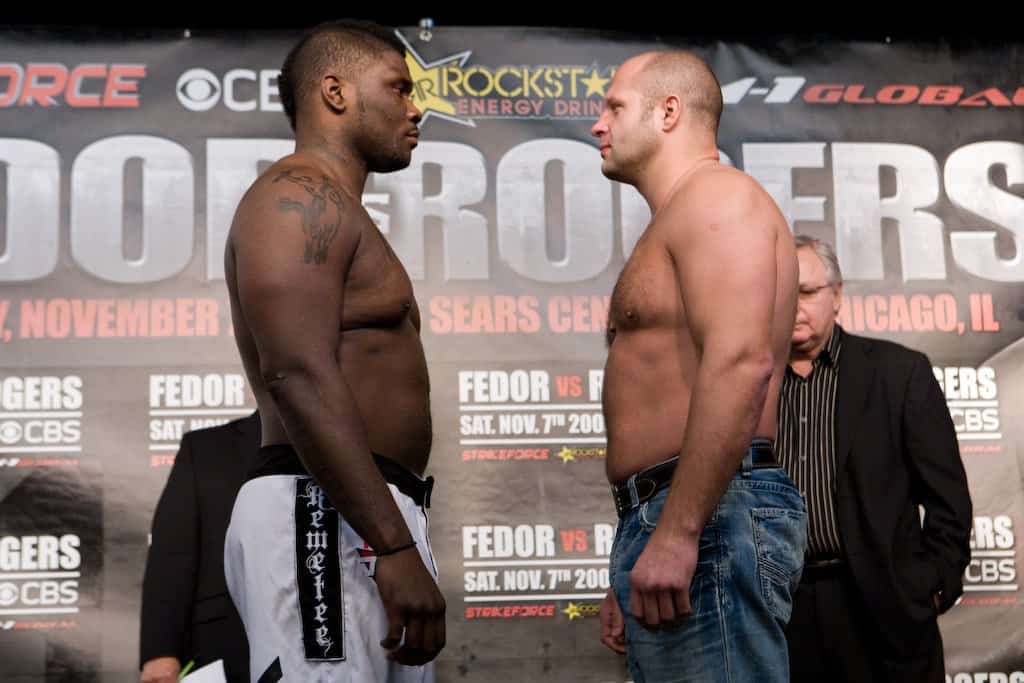 Analysis:
The Strikeforce: Fedor vs. Rogers event is well in the books by now, and looking back, it was quite a night of fights for Scott Coker’s promotion and CBS. Nine fights ultimately went off last Saturday, although, a tenth was nixed due to time considerations. Of the nine fights, most books only released lines by Saturday afternoon for the four televised fights, and, for those it was a clean sweep – all four favorites won. Two of the four televised fights featured huge lines – Emelianenko at -625 and Mousasi at -650. Of course, those lines slightly differed depending on the sportsbook, but lines anywhere above -400 are considered huge, let alone above -600, and the favorites in those fights are expected to win fairly easily. However, of those two fights, both were surprisingly competitive in the first round, especially the Fedor fight.

Mousasi arguably lost the first round in his scrap with Sokoudjou, but that’s been Sokoudjou’s modis operandi lately – bring it hard in the first, then wilt thereafter. Sure enough, Mousasi got the stoppage in the second round via punches. The Fedor fight has initialized a minor holy war on the Internet. MMAFullContact.com’s very won ARMYOFNONE – and UFC announcer Joe Rogan – were surprised at the struggle that Fedor had against his much larger opponent and queried if Fedor had been potentially “exposed” in some manner. Arguments aside, Fedor’s nose was bloodied, he suffered a hand injury, and was on his back at one point eating some heavy leather. Granted, he did get the stoppage via a monstrous right hand that crumpled the challenger in the second round, but perhaps Rogers’ size and strength did prove an effective obstacle aginst The Last Emperor. Jake Shields grinded out an unpopular decision (by method, not result) against a game Mayhem Miller. Many in the strikes-oriented crowd were booing the technical grappling that Shields displayed, but after some early exchanges in which he felt Mayhem’s power, he decided to leverage what he knows best – world class grappling. As I nailed on the head exactly in my pre-fight predictions, Shields rode out the 5 round decision over Miller. My only loss of the night was picking the slight underdog, Antonio “Bigfoot” Silva to pull the minor upset. He won the first round, but was the victim of repeated Werdum takedowns in the second and third rounds and lost a close decision. Like many who had him as their “sexy upset” as well, I was disappointed that he didn’t let his hands fly more standing like he did in the first round when he had Werdum in some serious trouble. For those that took my advice, you won three of four fights, but ultimately lost a little due to the nature of the payouts on the heavy favorite winners.