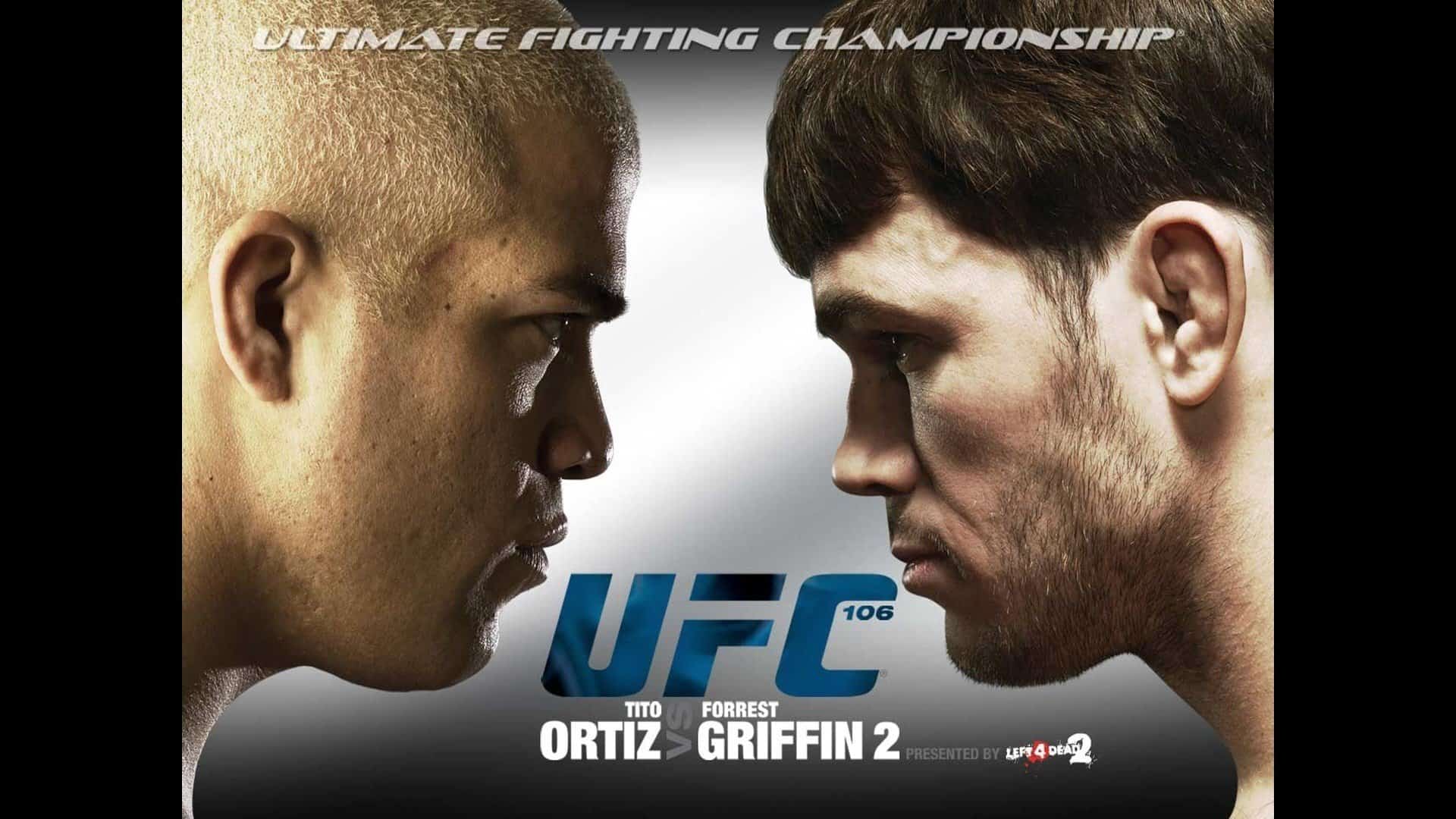 Analysis:
UFC 106: Griffin vs. Ortiz 2 is in the books, and, in retrospect, it’s an event that I would just rather forget. Although I didn’t lose a dime to my online sportsbooks (my Internet connection was down Saturday afternoon), how else should I react to going 0-3-1 in my recommended plays? I put it on the line for anyone using my recommended plays, and when I don’t correctly call winners, I don’t take it so well. The night provided some nice action overall – including victories by four underdogs – but I still have a bad taste in my mouth from the slightly controversial decision in the main event and the disastrous “festival o’ eye pokes” that the fight between Kos and Johnson degenerated into. For underdog players, Brian Foster at (+400) and Ben Saunders (+200) provided nice returns, while favorites Amir Sadollah (-230) and Antonio Rogerio Nogueira (-150) had easy wins.

In the main event, Forrest Griffin (-115) topped Tito Ortiz by split decision (28-29, 30-27, 29-28). I thought Tito won the first two rounds, and, because of that, had enough in the hopper to pull the decision, but not so. Ortiz looked exceptionally gassed in the 3rd round (which is a complete anomaly for him) and Forrest was able to pull the sneaky backdoor decision in a fight that featured a little of everything, including Joe Rogan screaming Griffin’s praises throughout. So much for Tito being back at 100% after his layoff and back surgery.

In a fight that I had circled since the second it was announced, the showdown between the Josh Koscheck (+105) and Anthony Johnson went down… sort of. Pre-fight, I was convinced that this would be the “Fight of the Night” and that someone would be going to sleep. Not so fast, gunsmoke. Yet again, the ongoing issue of open-handed MMA gloves facilitating eye pokes reared its ugly head and completely interrupted the fluidity of a fight. What should have been a great fight ended up a mess of eye pokes, referee stoppages, and clumsy restarts. Koscheck actually used one of the stoppages to catch a needed breather, and was ultimately able to sink in a rear naked choke after taking Johnson’s back in the 2nd round in an unsatisfying fight.

Amir Sadollah (-230) justified the big line in his favor and put on a Muay Thai clinic in dominating Phil Baroni. As usual, Baroni shot his wad 60 seconds into the fight and was little more than a muscle bound punching bag throughout. Sadollah proved that he can beat someone other than CB Dollaway, while Baroni has dropped five of his last eight fights in a variety of organizations. I know Dana White and the “New York Badass” are chums, but, damn, what does Phil bring to the UFC at this point?

After 20 fights in other competing organizations, Antonio Rogerio Nogueira (-155) made a fabulous UFC debut dismantling Luiz Cane in less than two minutes via KO. The fight was never really contested anywhere but standing toe-to-toe, and, as a result, Cane had little to offer the accurate technical striker and quickly went to sleep. It looks the UFC has a new star to build up for a likely title run at 205 – Nogueira is a dangerous man… bring on the winner of Machida vs. Rua 2?

Ben Saunders (+200) easily defeated former contender Marcus Davis by KO (Knees) in the 1st round. In an ultra-impressive performance, Saunders devastated Davis via the clinch in what brought back memories of Rich Franklin having no answer for Anderson Silva’s clinch in their first fight. Saunders dropped a never-ending barrage of standing knees on Davis to get his fourth win in five UFC fights. Davis has now dropped two in a row.

Jake Rosholt worked his game plan to perfection against Kendall Grove (+155) – score the double leg takedown and apply vicious ground and pound. Everything was going swimmingly against his lanky opponent, until he made the classic wrestler’s mistake (being too aggressive), and fell right into a well-timed triangle choke by Grove. BJ Penn was beaming with pride as Grove got the tap. Well done, Kendall.

Paulo Thiago (-175) grinded out a decision (29-28, 30-27, 30-27) in a so-so fight against UFC newcomer Jacob Volkmann. Coming into the fight, the previously undefeated Volkmann (now 9-1) was the sexy pick to pull the upset due to his strong grappling and solid striking. Newly muscled Paulo Thiago came into the fight looking to avenge his recent loss to Jon Fitch and accomplished that goal.

Brian Foster (+400) pulled the biggest upset of the night in handing Brock Larson his second straight UFC loss. Larson entered the fight after last being seen losing to Mike Pierce as a huge favorite at -600 and was promptly handled. Foster worked Larson standing in the first and likely won that round huge (10-7) due to a 2 points being deducted from Larson because of illegal knees. As a result, realistically, Larson’s only chance to salvage a win after the brutal first was to score some type of a stoppage. He entered the second looking for an early takedown and was promptly cracked which led to the TKO for a pumped Brian Foster.

In other action, highly touted George Sotiropoulos (-600) had a difficult time in stopping a gritty Jason Dent via an arm bar in the second, while Fabricio Camoes and Caol Uno (-175) went at it for 15:00, only to result in a draw.