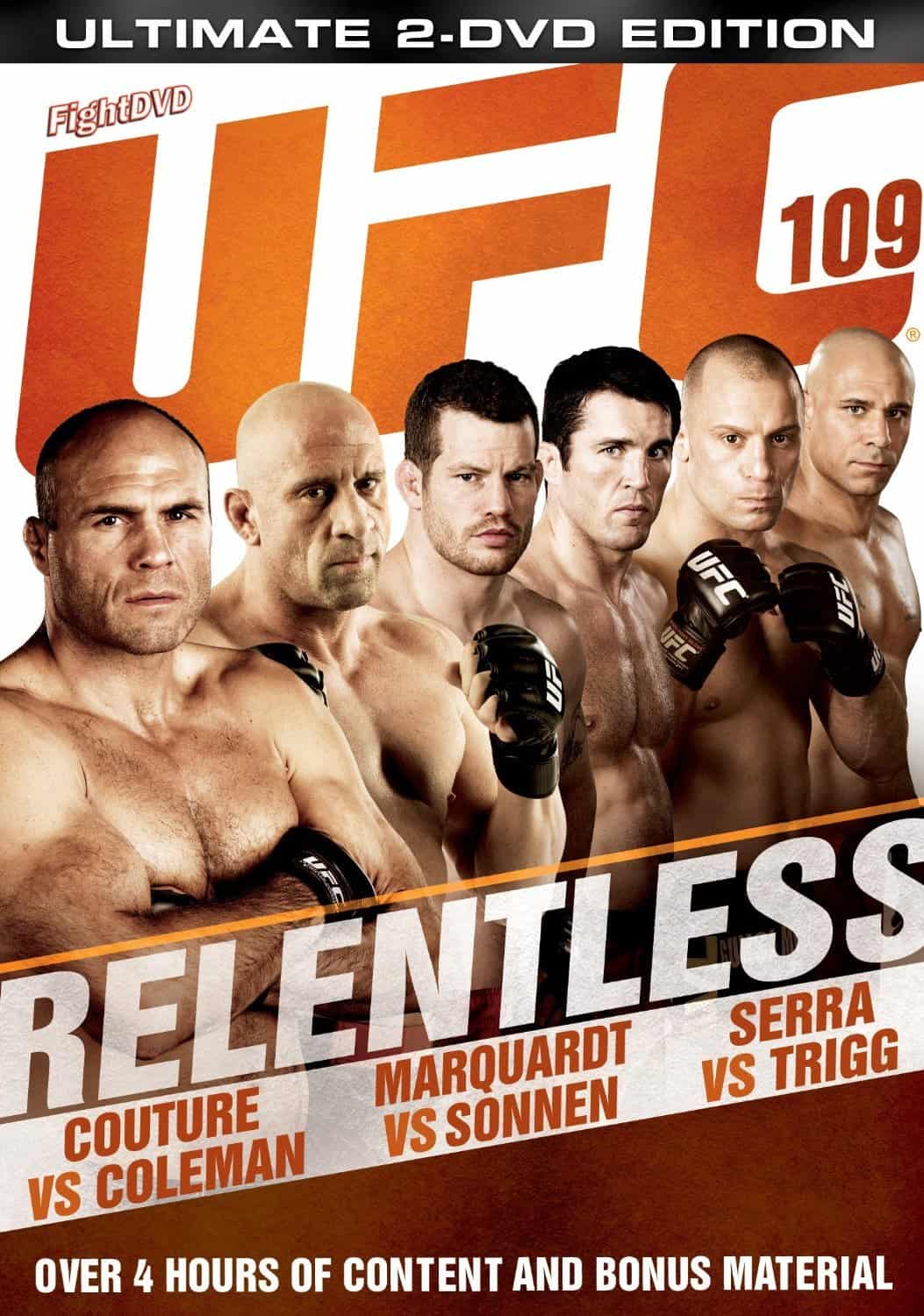 Upset special. In what was originally intended as a rematch with Josh Koscheck, Paulo Thiago (12-1) enters this fight against another elite Welterweight in Mike Swick after besting Jacob Volkmann at UFC 106 last November, and is hoping a win will put him one step closer to a title shot. Besides beating a slew of Brazilians in fights in his home country before he entered the UFC, he has his crowning jewel – a win over the aforementioned Koscheck and has only lost once to the ultra-tough Jon Fitch. He’s a Brazilian Special Forces agent (BOPE), holds black belts in Judo and Brazilian Jiu-Jitsu, and has underestimated striking… just ask Kos. He takes on AKA product Mike Swick (14-3), who was last seen dropping a unanimous decision to Dan Hardy in what determined the “division’s #1 contender”, although Hardy probably isn’t the second best Welterweight in the UFC now. Swick has won four of his last six fights and is primarily known for his quick hands (with KO power) and sneaky chokes, although he’s been more of a decision fighter in his last seven fights. Swick’s a surprising favorite here – most observers dismiss the Brazilian’s win over Koscheck as a fluke and still have a view of a slight Thiago in their mind as proof that he’s not a top Welterweight. Wrong. He’s transformed himself into a more physical fighter and has greatly improved his striking. On the ground, the multiple black belt won’t get caught in any chokes and may actually catch Swick in a submission. If he can hold his own standing or force the fight to the ground, he’ll be in a great position to pull the minor upset. A defensive Swick will force a decision, but it’ll be Thiago with his hand raised at the conclusion. Bet $50 to win $80.

Matt Serra (9-6) comes into this fight at Welterweight as significantly undervalued in my opinion. He’s a former UFC champion at 170 lbs. due to his shocking win over Georges St-Pierre, The Ultimate Fighter 4 winner, 2001 ADCC submission wrestling silver medalist, Brazilian Jiu-Jitsu black belt, and has primarily fought only top-tier talent in his last five fights. He was last seen dropping a disputed decision to Matt Hughes, and although he’s been fighting for quite some time, is still only 35. His striking is solid (with sneaky power) and is accomplished on the ground. He’s probably better suited to fight at 155 lbs due to his height, however, he’s certainly made some noise at 170 lbs. He’ll fight the colorful UFC, Pride, and Icon Sport veteran Frank Trigg (19-7). Trigg’s base has always been wrestling and that’s how he likes to control fights. When his opponents haven’t been able to stop his takedowns, he’s dominated. When they could keep the fight standing, he’s struggled at times. He has some hard miles on the engine at 37 years old and was last seen getting handled by Josh Koscheck so severely that rumors swirled that he was dropped by the UFC post-fight. He’s back, but not for long. He won’t dominate Serra on the ground and gives up a decent striking advantage in the fight. He’s nowhere close to title contention these days, and with multiple business opportunities and his advanced age, this will likely be his last fight if he loses. He will – Serra by strikes. Bet $150 to win $96.

Phillipe Nover (5-2) and Rob Emerson (8-8-1) enter this fight with a combined four straight losses between them. Not exactly pivotal to the UFC Lightweight picture, but, the fight could be entertaining nonetheless and quickly caught my attention. Emerson’s a scrappy, entertaining fighter with a nice win over Manny Gamburyan on his resume. He’s primarily a kickboxer, but not particularly overwhelming in any fashion. He must have compromising photos of Dana White or Joe Silva, because even at 8-8-1, this is his sixth fight in the UFC. He takes on the talented Phillipe Nover. Nover’s an odd case – he gained initial infamy for fainting on The Ultimate Fighter reality show, then more for suffering a seizure prior to his scheduled fight with Sam Stout at Ultimate Fight Night 19. He has significant potential (he dominated on TUF) and White has even said that he reminds him of a “young Georges St-Pierre”, yet he’s dropped his last two fights in the UFC. He’s looking at this fight as the one that determines his future fighting career and potentially moving to Las Vegas vs. resuming his studies and putting a greater emphasis on his nursing career. A Brazilian Jiu-Jitsu black belt, he has a nice opportunity to dominate Emerson on the ground and catch him in a submission for the win. This one could end quickly and I’m loading up – Nover by submission. Bet $300 to win $285.