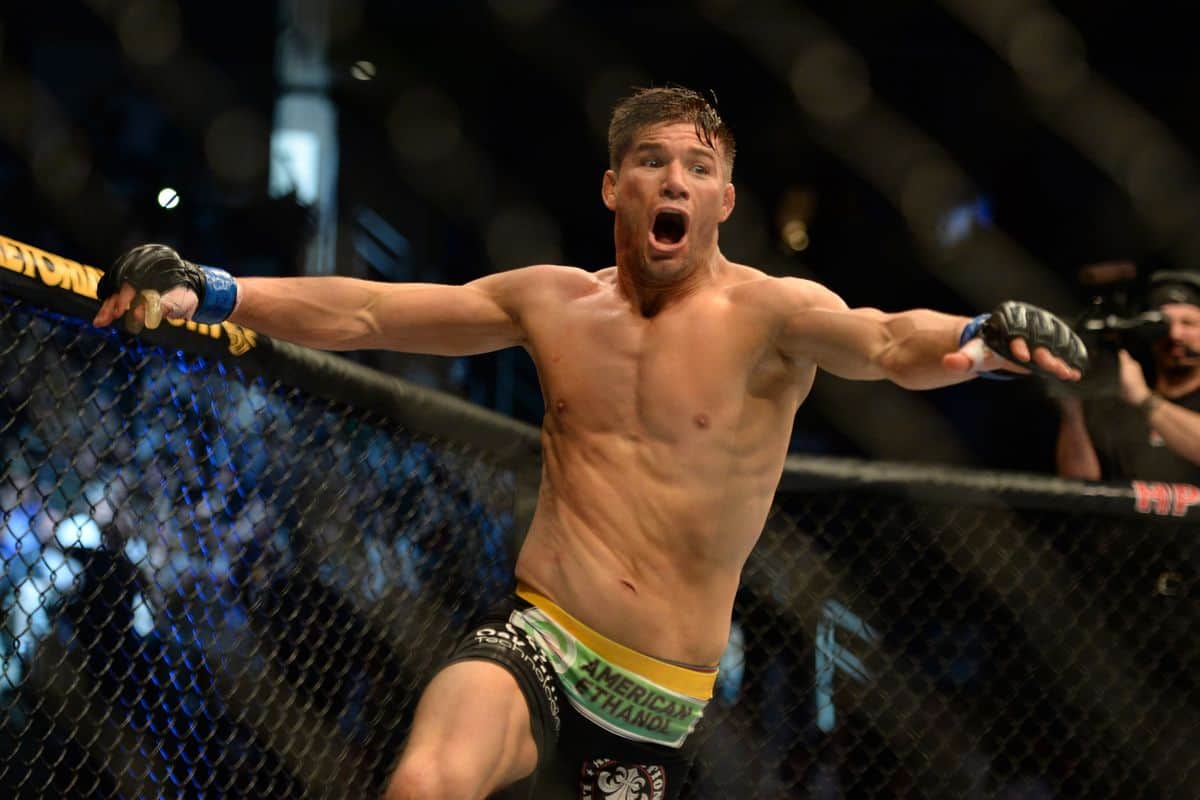 Man, I needed that. The last time that you saw me, I went 3-0 in Moose’s Pre-Event Picks: UFC 107 – Penn vs. Sanchez and made a nice comeback to win the Gambler’s Challenge: Callin’ out the Moose. If you gamble, you know that there’s nothing quite like running the table with your picks (in any sport) to recharge your batteries and rebuild your confidence – especially after the mini-slump that I was in. Losing can make even the most confident gambler question their competence, while winning can give anyone a bloated sense of expertise. The fact is that experienced, long-term gamblers learn to take the ups with the downs and try to maintain an even keel regardless of the short-term circumstances. I’m here to do that, but to also keep the winners coming. Two nice events are lined up for this weekend – WEC 45: Cerrone vs. Ratcliff and Strikeforce: Evolution. Between the two events, 14 fights have published lines and several of them seem particularly appealing. Two of the four fights on the Strikeforce: Evolution card offer some monster lines to consider with King Mo at -600 and Cung Le at -500. No thanks, I usually stay away from the huge lines because of the “any given Sunday” prevalence in MMA (perhaps more than any other sport), so that leaves the Thomson vs. El Nino rematch and Jacare taking on an aging Matt Lindland for consideration. Outside of the main event and the Brandon Visher tussle with late-replacement Courtney Buck, WEC 45: Cerrone vs. Ratcliff is as wide open as some of Tiger’s “ladies”. Grow a sack, heed my advice, and open an account at Bodog if you don’t already have one. Drop a few bones in and get to work.

I really like Josh Thomson (16-2) in this fight as you can probably tell by the fact that I’m wagering 70% of my hypothetical event bankroll on him against the over-hyped Gilbert Melendez (16-2). We’re hitting the rewind button here – these two met about 18 months ago in a fight that Thomson absolutely dominated winning all five rounds in the fight. Melendez remarked that Thomson felt bigger and stronger that evening, and to most observers Thomson was also the quicker and better conditioned fighter. Thomson had little trouble taking Melendez down, found frequent openings for his technical strikes, battered El Nino with his knees, and thoroughly wore down his opponent. Since that fight, Melendez has won both of his fights against solid competition – and didn’t look particularly dominating in either – but has apparently re-committed himself to preparation and conditioning for this fight by joining strength and conditioning coach Mark Mian. Preparation and cardio never seem to be an issue for the always-moving Thomson who’s won his last eight fights, four in the first round. Thomson will always have a quickness advantage over Melendez regardless of preparation or circumstances, and that should be the key to this fight likely ending in the same manner as before. Unless Melendez can find a home for that right hand on his former training partner’s jaw, look for Thomson again to beat Melendez to the punch and control the action on the mat via his edge in wrestling. Bet $350 to win $291.

In a battle of Bantamweight contenders, aggressive ex-Boise State wrestler Scott Jorgenson (7-3) and Japanese slugger Takeya Mizugaki (12-3-2) will go at it. A wrestler by trade, Jorgenson likes to push the pace, will go toe-to-toe standing, and always puts on an exciting fight. He’s fresh off a complete dismantling of an overmatched Noah Thomas at WEC 43, and, previous to that, garnered Fight of the Night honors in dropping a razor-thin decision to Chuck Liddell houseboy Antonio Banuelos. He’s won five of his last seven fights and a win here could put him squarely in the title mix. Takeya Mizugaki comes into the fight splitting his last two fights against premium opponents – a split decision win over Jeff Curran and a unanimous decision loss to Miguel Torres. Although primarily billed as a striker, Mizugaki has only a handful of wins via stoppage (KO or TKO), seems to grind to decisions, but, should have a hard time with the strong beard of Jorgenson if he looks to trade. Look for Jorgenson to wear down Mizugaki via his frenetic pace and potentially catch him via strikes. Bet $100 to win $125.

Team Lloyd Irvin product Mushin Corbbrey comes into this fight 8-4 overall, including 4-4 in his last eight fights, and takes on the 9-1 Miletich fighter Zach Micklewright in a WEC 45 preliminary card fight. At first glance, some may wonder why a 9-1 fighter is a heavy dog to someone who’s only batting .500 in their last eight fights. For those still wondering, the explanation relates to Corbbrey’s quality of opponents and overall experience versus that of Micklewright. Quite simply, Micklewright is making his big-show debut with the WEC after fighting for three years in Podunk events, and, upon close analysis, hasn’t fought anyone of particular relevance. Conversely, Corbbrey has already fought twice in the WEC (as well as in EliteXC and ShoXC), has matched up against upper-tier opposition in Jim Miller and Anthony Njokuani, and even stretched Nick Diaz deep into the third round at EliteXC: Return of the King. Micklewright likely has a solid career ahead of him, but is just cutting his teeth in the big show, and should fall to the experienced veteran. Bet $50 to win $18.