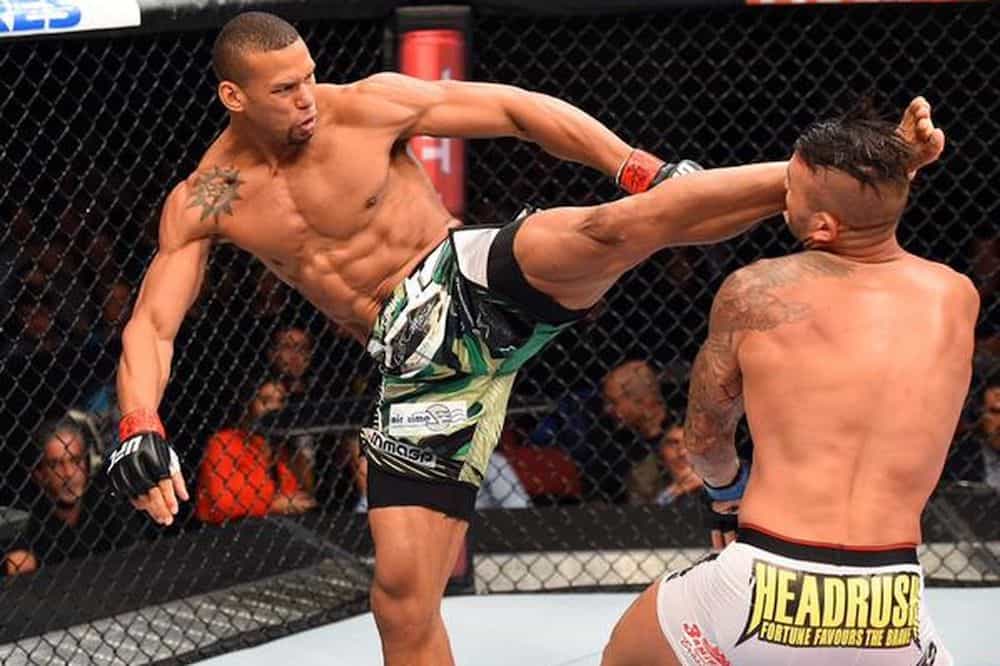 Should you bet against the flow of the money?

I’ll never forget the first time that I went to Las Vegas. The year was 1985, I was with my father, it was early April, and the weather was just perfect. The town was rockin’ because there was a big fight that weekend. Women were everywhere. And to a country-boy like me, the casinos were a refreshing change because of their ornate chandeliers, exterior fountains, and marble everything. Even though I was still a young man at that point, I was incredulous. I remember wondering how the casinos could turn any profit when they obviously spent so much on their construction and décor. I asked my father this and he chuckled in that familiar tone.

“They get it back – and then some – because the public loses more than they win.”

This indisputable fact has built just about every casino and sportsbook (real or virtual) in the history of man into a money-making machine. Can this simple tenet be applied to making money while betting on MMA? The short answer is yes, but, with some caveats.

One popular technique among savvy gamblers (regardless of sport) is to bet against the public’s opinion. Imagine that Randy Couture and Chuck Liddell decided to go at it for a fourth time. Although I’m not sure that anyone wants to see that fight again, my guess is that the line for their showdown would open somewhere in the neighborhood of the below about two weeks before the fight.

Being that Couture is still fighting at a relatively high-level, unlike “Dancing with the Stars” alum Liddell who hasn’t won in almost two years, Couture would likely open as the favorite and probably garner the bulk of the public’s money leading up to the fight with a typical fight camp. He’d get the bulk of the money wagered because, historically, the public bets on the often overvalued favorite in all sports about 60% of the time. Because of this, and contingent upon the amount of money flowing in on Couture, the line could quickly change to Couture (-220) vs. Liddell (+170). The increase in line associated with the favorite Couture would indicate that the majority of money wagered on the fight was heading in on him. Conversely, although no “real” proof might exist, say that Liddell was rumored to be taking the fight more seriously than previous fights and the public caught wind of this, the line may adjust to Couture (-160) vs. Liddell (+120). The decrease in line associated with the underdog Liddell line would indicate that money was flying in on him. Regardless of your personal feeling on how the fight would result, betting against the public would be to watch the line moves and bet contrary to the flow of the money.

Watching line moves is vitally important for two reasons. First, as discussed, betting against the public sentiment is a viable MMA betting strategy due to the public playing frequently overvalued favorites 60% of the time. However, and just as important, line moves should be closely scrutinized to determine if they’re the result of typical influx of cash on a favorite, or because of other significant factors impacting a fight line such as fighter injury, poor preparation, substance abuse, personal problems, etc. If a fight line moves significantly for reasons other than the public liking the favorite for the usual reason, it’s probably best to stay away from that fight altogether.

Betting against the public is be just that – making note of a fight’s line changes and waiting until the right moment to place your money against that sentiment. Although you’d often find yourself going with underdogs because of the public’s love affair with favorites, additional industry research has shown that betting against the public hits between 54-57%. Coupled with the “any given Sunday” nature of MMA fights in the last few years, and you could find yourself cashing in nicely playing off the public’s moves – especially while wagering on underdogs.

Take a look at our MMA Betting Superboard to watch line moves!