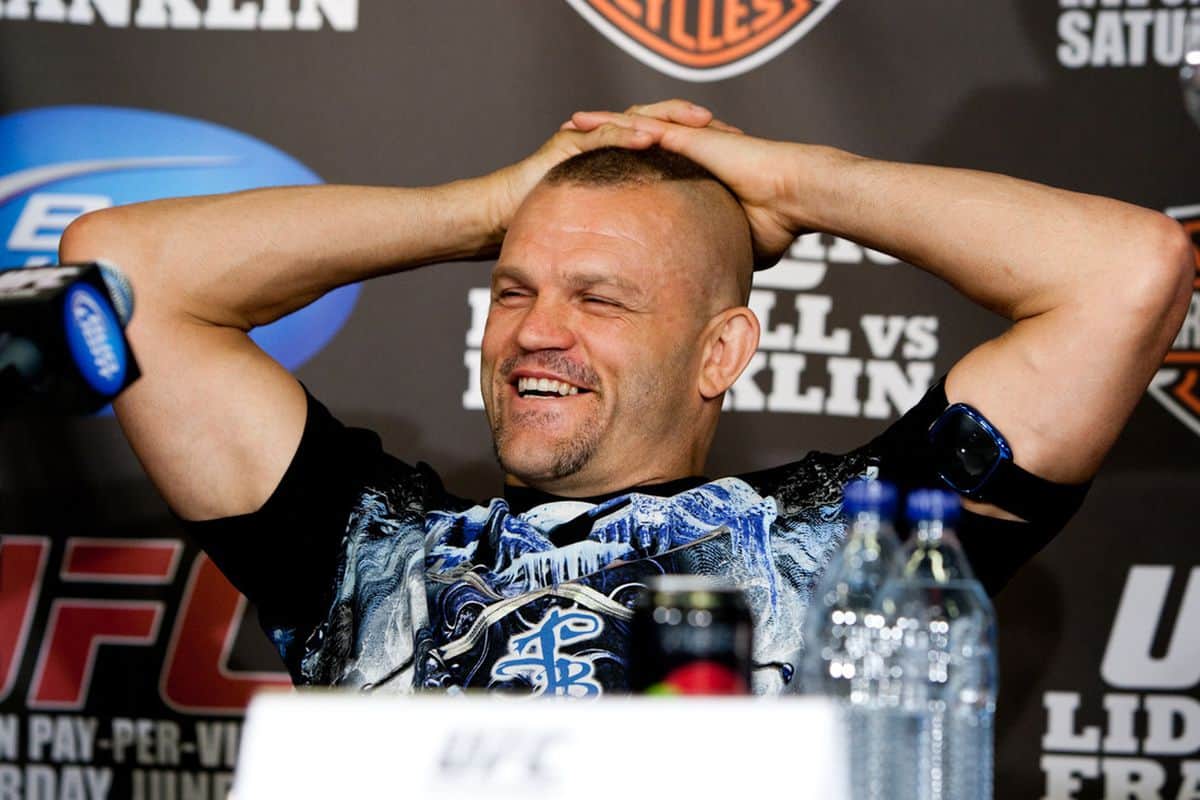 “I’ve heard the rumors, of course, but from what I understand, (Ortiz) is signed to fight, and he’s still going to actually show up and get the beating he’s supposed to get… I think I earned it having to put up with him for seven weeks. I earned the right to go out there and beat him.”

– Chuck Liddell during a conference call promoting the upcoming season of The Ultimate Fighter 11 slated to debut immediately following the Ultimate Fight Night 21: Florian vs. Gomi event on Spike TV. Rumors have swirled, and Dana White has played coy, on the legitimacy of Liddell meeting Tito Ortiz for a third time after the conclusion of TUF 11. Leaked reports have surfaced indicating that Ortiz was unable to complete the filming of the reality show for unknown reasons (further fueled by bizarre Tweets by Ortiz and wife Jenna Jameson), may have been replaced as a coach by former UFC Middleweight champion Rich Franklin, and that it may actually be Franklin – not Ortiz – who ends up fighting Liddell at UFC 115. Time will tell.

Confused? So are we… however, nothing confusing about one of the web’s largest selections of MMA Clothing and Gear in our online store. Have a look!